Why Do Boards Fill Out D&O Questionnaires? 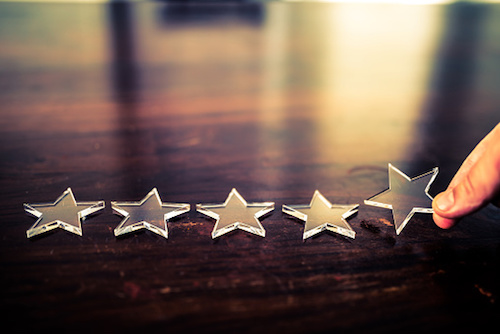 Sections 13 and 15 of the Exchange Act of 1934 describe the periodic requirements for registered and unregistered companies to make public disclosures of material information for shareholders. The statements on the D&O questionnaires are designed to fully capture all business relationships that board directors, officers and principal shareholders have. D&O questionnaires ensure independence and require pertinent parties to disclose conflicts of interest.

D&O questionnaires can take various forms and they can be very detailed. The General Counsel usually takes the lead in reviewing D&O questionnaires because of the potential for liability of directors, officers or shareholders if they make misstatements or fail to provide all relevant information. Penalties for not complying with D&O questionnaires and not fully reporting can be steep and harsh.

These are good reasons for boards to switch from paper D&O questionnaires to software solutions, which are more accurate and efficient.

We can look at an example from 2008 to better understand the importance of filling out D&O questionnaires completely and accurately.

However, when it came time for the director to complete his D&O questionnaires, he only filled them out for two of the three companies. He then failed to disclose his relationship with the auditor on either of the forms he filled out.

In addition, the director served on an audit committee for one of the companies. Along with his fellow committee members, the director shared responsibility for the appointment, setting the auditor's compensation and overseeing his work.

The director never submitted the third company's D&O questionnaire at all. He did, however, vote to retain the auditor, and the board disclosed this fact in a proxy statement.

Obviously, this is a case of clear nondisclosure and a conflict of interest. The director should have filled out all three company forms, disclosed his outside business dealings with the auditor and refrained from voting on the auditor's retention. Since those things didn't occur, what happened?

The Securities and Exchange Commission (SEC) found that the director had violated federal securities laws by two of the companies. They also determined that his private business dealings had impaired the outside auditor's independence. The director's actions caused companies to submit statements that weren't independently audited.

The SEC also found that the director had violated federal proxy rules for all three companies by voting to recommend an auditor with whom he had a business relationship.

The SEC issued a cease-and-desist order requiring the director to stop violating these rules. The SEC also ordered him to pay $100,662 ' the sum of his entire compensation for all three companies, plus prejudgment interest. It was a harsh lesson with an even harsher penalty.

Diligent designed a software solution for D&O Questionnaires based on feedback from board directors, officers and shareholders. Increasing security is a big reason for corporations to move from paper-based questionnaires to online applications, but there are many other reasons as well.

Corporate Secretaries can also set up the system so that respondents can't move to the next question or section without filling out the previous required sections. This makes the General Counsel's job of reviewing completed D&O questionnaires faster and easier.

Questionnaires often require directors, officers and shareholders to attach supporting documents. It is easier and safer to attach the necessary documents online.

Boards will find that online D&O questionnaires are much better organized than paper questionnaires. Corporate Secretaries can link any of the questions to additional information located in an appendix, which is also stored safely in the online system.

Some Final Words on Moving D&O Questionnaires to Software Solutions

Boards may be aware that some of their directors, officers or shareholders may be rushing through their D&O questionnaires just to get them submitted on time. The example that was presented earlier should stand as a reminder for why it's so important to make sure all D&O questionnaires are clear, concise, fully completed and accurate, and that they disclose all relevant business relationships. The General Counsel should be the authority on whether an issue should be included on the questionnaire, rather than the person completing it. Corporations that get investigated for incomplete or inaccurate D&O questionnaires risk incurring penalties and losing board directors. Such debacles may become public and cause risk to the company's reputation.