How to Properly Reincorporate an Entity 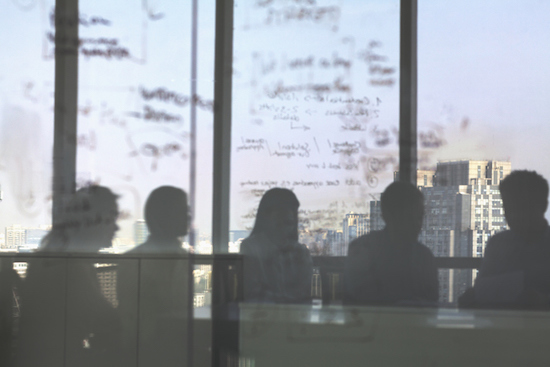 All businesses must evolve in order to survive and thrive. Circumstances and market conditions change, and organizations have to be agile to maintain and grow market share.

The circumstances that necessitate a change in approach will vary largely by entity.

You may choose a jurisdiction in which to set up an entity only to find that the market isn’t right for your product. Maybe you incorporated as a C corporation, only to latterly discover that you would be better suited as a personal services corporation. Perhaps corporate restructuring means that the parent company needs to move for regulatory or tax-efficiency reasons, or a merger means a legal entity rationalization program is in the cards. It could even be that your start-up is raising finance, but VC investors will only sign up if the entity is incorporated in business-friendly Delaware.

Whatever the reason, you may find that dissolving or closing down an entity isn’t the right choice for your organization. Instead, you need to make a change in the organizational structure.

What does reincorporation mean?

Reincorporation is a term used to describe a transaction in which a company moves from one state to another and/or changes from one entity type into a corporation. The transaction, approved by the Board, is not a sale of the company.

Choosing to reincorporate an entity – sometimes known as a statutory conversion, redomiciliation or moving the incorporated jurisdiction for an entity – can help a business to enact a new strategy, become more efficient or meet regulatory requirements across a large group structure.

There is a strict process that needs to be properly followed to reincorporate an entity. Failure to take the necessary steps, and to undertake due diligence for entity information, could find your organization on the wrong side of regulators, facing fines and potentially even reputational damage.

The reasons to reincorporate an entity

To understand the potential reasons to reincorporate an entity, it is helpful to consider Hong Kong. For many decades, Hong Kong has sold itself as the jurisdiction in which to incorporate as a gateway to Asia – a safe haven with a relatively Western approach to corporate rules and regulations, yet close enough to make it easier to form business connections in growing Eastern markets.

The tiny island jurisdiction is legally separate from its parent, China, under the formal “one country, two systems” constitutional principle set as Hong Kong was handed back to China after 156 years of being a British colony, yet recent proposals involving new extradition laws have concerned some international businesses with entities in Hong Kong; directors and other business leaders are understandably wary about the possibility of being extradited to China’s communist courts to face charges such as leaking state secrets if they publish unofficial Chinese data. The law has seen significant social unrest and protests in Hong Kong in recent years.

One stock analyst stated he was considering moving his firm to Singapore or the UK, worried that his firm’s critical research makes it “vulnerable to false allegations in China that could be used as a pretext for extradition.” Meanwhile, the head of The Executive Centre put plans for a share offering on hold, citing the uncertainty that had gripped Hong Kong.

This example demonstrates how jurisdictional uncertainty can lead to organizations rethinking their strategy. It’s not that Asia has proved an unfruitful market for these businesses; rather, it’s that the current home for their entity may ultimately prove to be too risky for the future.

In these circumstances, boards may take the decision to reincorporate an entity and move it to a new jurisdiction, sometimes close by but also, on occasion, to a completely new market.

It doesn’t have to be an international reincorporation, though; many US companies will reincorporate in a new state to make the most of local regulatory benefits.

How to properly reincorporate an entity

Reincorporating an entity within the United States typically involves a quick and simple statutory mechanism called a conversion, which involves the filing of certain forms. For the conversion to occur, both states must accept the move.

Each US state is its own jurisdiction with its own corporate laws; however, and therefore organizations should always seek local advice in both jurisdictions before following through with the conversion. California, for example, is one of a handful of states that does not recognize the concept of conversion.

If a straight conversion cannot be enacted, there are other ways to properly reincorporate an entity.

The organization in question could form the desired entity type in the right jurisdiction, then merge the existing entity into the new entity; this is much more complex than other ways to reincorporate an entity and is often the fallback mechanism. There could also be a straight asset transfer, where the newly formed entity purchases the assets of the former entity in order to reincorporate an entity.

Reincorporating an entity doesn’t just happen across US state lines, though. When a company wants to relocate further afield, it must go through a process of redomiciliation.

Redomiciliation is a process whereby a company transfers its registration from one jurisdiction to another – in effect converting a foreign company into a local company. It can allow for business continuity and help a company to avail itself of tax benefits and free trade arrangements, but when redomiciliation is done across international borders, it’s best to seek expert advice to ensure the process is completed in a compliant way.

Opting to redomicile an entity can sometimes be more beneficial than other methods of setting up in a new country, such as registering a foreign branch or incorporating a subsidiary. It is important to take steps to make sure that the new market and its corporate law are right for your business strategy.

What to consider before reincorporating an entity

If an organization is going to reincorporate an entity, it needs to first ensure that its entity data is fully up to date and that the corporate record is free of errors.

The number and types of contracts and vendor accounts an entity has in place can impact the process to reincorporate an entity – for example, if a company has no important contracts or vendor accounts, it has more flexibility in the transaction structure choice – so it’s important to ensure contract management is tight throughout the business lifecycle to maintain flexibility in the process.

Before beginning the process to reincorporate an entity, make sure that all of your organization’s house is in order. If the process gets underway using an out-of-date corporate record, the whole process could be placed at risk – contracts may not be closed correctly, licenses may not be transferred, and investors may pull out of financing if the conversion is not clean.

A simplified entity management process enables compliance and governance teams to keep up with the burden of reporting and data maintenance, resulting in less work being required to update records before starting to reincorporate an entity.

Likewise, an up-to-date corporate record enables real-time reporting and entity diagramming, helping to guide the board in making the ultimate decision to reincorporate an entity.

Diligent Entities helps organizations to supply the right information to the right people at the right time in order to complete both routine and extraordinary business processes, such as reincorporating an entity. It also seamlessly integrates with the Diligent Boards portal and a secure file-sharing platform to create the Governance Cloud, an all-in-one governance ecosystem that fully meets the needs of today’s board directors.

Get in touch and request a demo to see how Diligent Entities can help your organization in its quest to properly reincorporate an entity, and continue your drive for growth.

Lauren has been writing about the world of compliance and governance for half a decade, but she's been a journalist and copywriter for longer '' that's 20 years spent writing for media, for agencies and for businesses across sectors including finance, professional services, healthcare, technology, energy and entertainment. As an editorial strategist, she has set the tone for national and multinational companies, and loves nothing more than getting to the heart of great stories. An Aussie in London for 13 years, and married to a true English eccentric.