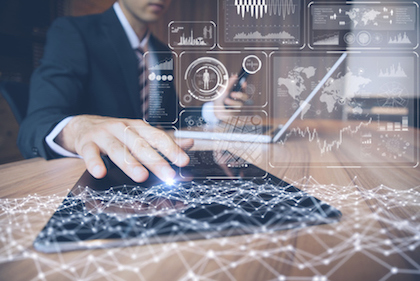 Regulators are still trying to figure out how to stabilize the banking industry since the financial crisis. The main issue is how to reduce risks to prevent the types of problems that led to the crisis. As they wrestle with the complexity of the issue, different players in the form of shadow banks have come on the scene to fill the need for personal lending. Many private equity firms have found it lucrative to join the efforts of shadow bankers.

The business model of shadow banking for private equity funds depends on high levels of borrowing. The flurry of the buyout era is still fresh in investors' minds. Massive buyouts, along with new regulations, have restrained some of the most nefarious behavior. The Volcker Rule, a federal rule that prevents banks from participating in certain investment activities within their own accounts, has forced banks to let go of some of their assets. This arrangement puts limits on banks' deals with hedge funds and private equity funds. The rule was designed to target banks that were deemed 'too big to fail.' In addition, the rule was set up to remove potential conflicts of interest.

Bank regulators in the United States have guidelines for banks to limit how much leverage buyouts have to 6 times the EBITDA (earnings before interest, taxes, depreciation and amortization). Poorly performing fund managers are being edged out through natural selection.

The Rise of Shadow Bankers

The rise of shadow banking is notable in private equity lending deals. In US buyouts, the five most active lenders were asset managers. According to financial data by PitchBook, the top company is Barings (which is owned by Massachusetts Mutual Life Insurance Co.). Antares Capital takes the number two spot, Madison Capital Funding places third, followed by Ares Management Corp. and Twin Brook Capital Partners.

Unlike banks, which are now heavily regulated, private equity groups are diversifying their free-earning activities by building private debt businesses. Some firms have been active in these types of activities for many years. Other companies have seen these as opportunistic deals that may be short-lived. Around 2009 and 2010, many banks were forced to sell their loans for as little as 20 cents on the dollar. That's a temptation that's too attractive to pass up for many private equity firms.

Private equity groups have been happy to fill the gap in the need for lending. They're enjoying a nice period of regulatory freedom while regulators focus on regulating banks. Commercial banks, in particular, are subject to a long list of restrictions. They incurred $235 billion in regulatory fines between 2008 and 2015. It makes sense that the lighter regulations have easily opened the door for private equity firms to get into the lending business.

Except for a few minor fines related to overcharging fees and a few instances of collusion, the largest private equity firms are moving into this portion of the market at a rapid pace.

Private equity growth has overall been slow, often with rates in the single digits. Therefore, fund managers have rearranged their focus with an emphasis on lending. Overall, private equity firms have been able to expand their credit businesses with annual growth of 20-40% between 2007 and 2014.

Banks Aren't Out of the Lending Business Entirely

While private equity firms are enjoying a period of strong and steady performance in the lending arena, their efforts have yet to be tested in a downturn. Some banks are eager to prove that they can be equally competitive with private equity firms. For example, the Goldman Sachs Group ranked among the top 10 lenders for buyouts in the United States based on the number of deals they made.

The top company for private equity lending last year was Barings, which was followed by Antares, Ares and Madison. According to PitchBook, Goldman Sachs ranked fifth among the most active lenders to private equity firms.

As banks regain their financial footing and work to rebuild trust within the banking industry, private equity lending may begin to take a back seat in private lending. There is some concern that capitalism could become even more unstable and unpredictable as private equity lenders enter the private lending arena. The lines between debt and equity could become seriously blurred, causing new problems down the line. There's no way to ensure that private fund managers will behave any more responsibly than bankers did.

These are the types of issues that board directors will need to monitor closely. The best way to do that is to use Diligent's Governance Intel software, which gives board directors and executives the ability to monitor and catalog news outlets, including information on companies, competitors, topics and industries that are vital to the company.

Users can customize the tool to monitor corporate and industry news to help them identify market trends, risks and opportunities. It's a mobile-friendly tool that users can customize by tailoring the sources, volume, frequency and modes of consumption of the resources they trust most.

It's impossible for board directors to predict what the future will hold, but with Governance Intel, they can go into the coming months and years being fully informed of happenings in the marketplace.