The Negative Side of Sitting on Too Many Boards 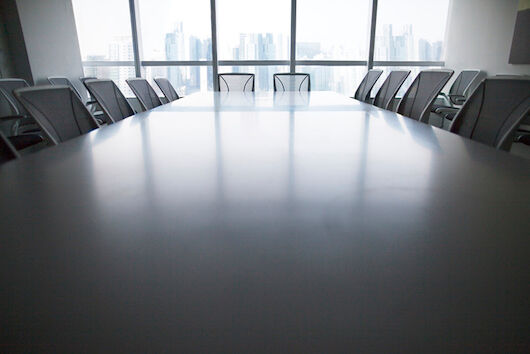 No matter what the charge, if you stretch yourself too thin, it's tough to dedicate enough attention to any one issue for your efforts to be of value. The pressure and scrutiny on board director performance are also casting a dark shadow on what's been deemed 'celebrity directors' or 'trophy directors.' Proxy advisors and institutional voter guidelines have made strong recommendations about the importance of setting limits on how many boards on which directors may serve. The goal in recommending limits is to allow board directors enough time to give their full commitment to the board, which will, in turn, improve the company's performance.

When it comes to director performance, shareholders expect quality over quantity. Their expectations place a higher degree of pressure on directors who are tempted to serve on as many boards of directors as possible because of the financial incentives. Best practices have recently changed and now place an emphasis on how effectively board directors can serve companies rather than basing their criteria on how masterfully one director can manage the responsibilities of multiple boards.

The report shows that 18 board members resigned from board director positions of their own volition so they would not be perceived as being overboarded. This trend demonstrates that board directors are becoming conscious of the growing expectations of shareholders. In addition, companies have been taking a proactive stance on overboarding. Many companies are issuing their own policies about following Glass Lewis recommendations for the number of boards on which a director can serve.

What Is the Negative Side of Serving on Too Many Boards?

ISS describes the increase in the average time commitment for board directors as having 'exploded.' In their assessment of board director commitment, ISS recognizes that the numbers of hours spent in preparing for and attending board meetings varies. Given these variances, ISS estimates that companies and shareholders can reasonably expect board directors to put in approximately 300 to 350 hours of work per year.

One of the important issues that time constraints cause is the inability for overboarded directors to squeeze in last-minute emergency board meetings. Any number of things could surface that would justify scheduling an emergency meeting, like enterprise risk management or increasing shareholder engagement activities.

Glass Lewis followed the precedent of ISS, stating that they intended to review closely board director commitments and make note of their concerns regarding directors who served on more than five boards who were also not executives. Glass Lewis also recommends that executives of public companies not serve on more than a total of two boards.

In anticipation of further recommendations by proxy advisors and institutional investor agencies, directors who sit on multiple boards, chairs of nominating and governance committees, and corporate secretaries may also consider altering their service and positions. As opportunities arise for potential step-down from such opportunities because of rotations or other matters, individuals may consider acting on those opportunities. Once overboarded directors have been identified, it can take time for them to redistribute their duties. While waiting for resignations or rotations, companies will benefit by engaging with shareholders to ensure that the company is working toward diminishing its overboarding practices.

Overall, overboarding puts undue constraints on board directors' time. The result of directors spreading themselves too thin is that they can't give adequate time to the board or discharge their duties properly.

A Future Look at the Impact of Overboarding

Part of the reason that technology companies tend to have more frequent overboarding is because they need the talents of younger directors, who may have more insight and expertise into technological trends and advancements, along with the guidance of experienced board directors who sit on multiple boards and can generate diverse and evocative debates. Companies operating in the media industries face similar issues on a slightly smaller scale. In addition, both industries need board expertise to deal with economic factors and drastic shifts in the marketplace.

The trend toward serving on fewer boards may be an early indication that further reduced board limit recommendations may be coming down the pike. There's also a possibility that FTSE 100 board directors may be put on the same level with large public corporations in the Americas.

As board directors are asked to step down from their positions or choose to do so of their own accord, it gives boards an opportunity to recruit fresh talent. This creates a prime opportunity to take a hard look at the board's diversity and round out the board with more women and others who offer a great variety of perspectives in the interest of decision-making.

It's possible that we're only seeing the tip of the iceberg with changes that will happen in the very near future with trends related to boards of directors. The trends in board director positioning are reflective of modern society. In light of that, boards need a software solution provider that takes modern governance into account. Diligent Corporation is an industry leader in modern governance board management software. Forward-thinking, progressive companies know that they can rely on Diligent Corporation to provide them with digital products that will serve them now and well into the future.