The Importance of Gender Diversity in the Boardroom 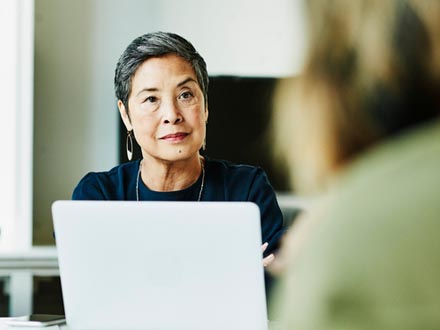 Shareholders, legislators and regulators possess a common interest in increasing gender diversity in the boardroom. Research shows that diverse teams perform more effectively, boards most certainly included. Adding variety to a board's viewpoints and skills facilitates navigation of complex questions and protects businesses from any number of risks. While organizations have made some progress toward gender diversity in the boardroom, there is much more to be made. Why has progress not happened more quickly, and what can business leaders do about it?

In 2017, the percentage of women directors on Russell 1000 company boards was under 20%. By 2019, that percentage had risen over 24%. These public company metrics seem promising year over year, but women and girls make up nearly 50% of the world's population (it's slowly declining); gender diversity in the boardroom today falls far short of acknowledging this truth.

The metrics for private companies show they have even less gender diversity in the boardroom than public firms do. A 2019 collaborative research study by Crunchbase, Him For Her, and Kellogg School of Management found most private companies sorely lacking in gender diversity in the boardroom. Only 7% of directors were women at the heavily-funded, high-value private businesses they studied. Six in 10 of these companies didn't have a single woman on their boards. When companies did have a female board member, she was the only female board member 76% of the time.

Why Gender Diversity in the Boardroom Matters

There are any number of reasons private and public organizations should seek greater gender diversity in the boardroom, including foremost women's abilities and backgrounds, pressure from investors and regulations.

Men are nearly five times as likely to be a board chair or lead director ' and yet, women who do serve on boards really perform:

When the 30% Club was launched in 2012, it were so named because research suggested that '30% represents a critical mass from which point minority groups can impact boardroom dynamics.' The organization's mission is to 'reach at least 30% representation of all women on all boards and C-suites globally.' Membership expanded rapidly to include over 28% of the S&P 500 (where the 30% goal has been surpassed); BlackRock, J.P. Morgan Asset Management, and Standard Life have joined, publicly indicating support for the mission.

Goldman Sachs' CEO David Solomon announced in January 2020, "Starting on July 1st, in the US and Europe, we're not going to take any company public unless there's at least one diverse board candidate, with a focus on women," adding "...the performance of IPOs where there's been a woman on the board in the US is significantly better than the performance of IPOs where there hasn't been a woman on the board...in the long run, this I think is the best advice for companies that want to drive premium returns for their shareholders over time.'

A study published in the Harvard Business Review reinforces Solomon's views. The study's authors found that female board members helped balance the overconfidence of male CEOs, and the result was improved decision-making for the business. The report correlated CEOs' overconfidence to overestimation of returns and underestimation of risk, both of which can diminish shareholder value. Inclusion of women, they found, improved the quality of board deliberations, and different perspectives increased the information available for exploring and resolving complex issues. They also observed that female directors are more independent in their views since their backgrounds are devoid of 'old boy network' connections.

The trend toward regulating gender diversity in boardrooms drives a pragmatic interest in gender diversity in the boardroom. In 2018, California became the first state to require publicly-traded companies to have at least one woman on their boards of directors. The legislation requires five-director boards to have two female directors, and six-or-more-director boards to have at least three female directors, by July 2021. New York, New Jersey and Illinois are considering similar requirements, as are India and some European countries. In 2008, Norway instituted a regulation that requires boards of publicly-traded companies to be 40% female. Belgium, France and Italy soon followed with similar regulations.

Achieving Gender Diversity in the Boardroom

Currently, as historically, directors are overwhelmingly male, and they've prioritized personal networks and inside recommendations as sources for board candidates. In addition, businesses often seek candidates with prior board experience. Because it's mostly men who have that qualification today, that criterion is an impediment to sourcing female candidates.

Diligent Institute's Report on Gender Diversity in the Boardroom offers a deeper understanding of promising progress and overwhelming obstacles in the journey toward gender diversity in the boardroom. Learn how talented female leaders are transforming the organizations they join, and how much work remains to be done.

How can a business increase and accelerate gender diversity in the boardroom? Many organizations are succeeding by identifying new sources for board candidates.

In seeking gender diversity in the boardroom, don't overlook the importance of inclusion. As Vern'' Myers, inclusion advocate and Vice President of Inclusion Strategy at Netflix said, 'Diversity is being invited to the party; inclusion is being asked to dance.' On boards, inclusion requires directors to adopt practices that ensure new voices are heard, and that every individual can contribute equally. Only then can the promise of gender diversity in the boardroom be fully realized.