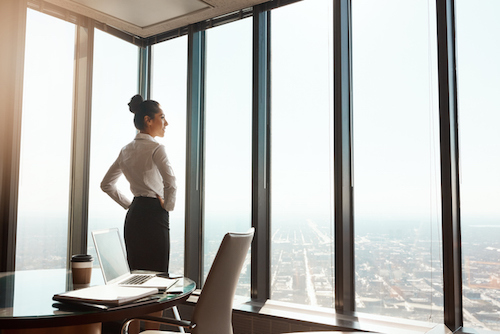 Young companies usually begin with the founder serving as board chair and CEO. Even when a company is growing rapidly, the founder often continues to hold both roles for some period. It can be difficult to know at what point that should change, if ever. When the roles are separate, the board chair has great influence over the board. A CEO holds the top management position in the company. In a high-growth company, most experts agree that a company benefits more when the CEO does not also serve as the board chair.

Overall, nothing is set in stone as far as whether the board chair and CEO roles should be combined or separate. There's also a growing trend toward allowing a CEO to continue serving in both roles but adding an independent lead director.


Downside of Having a CEO Who Is Also the Board Chair

As boards consider the pros and cons to deciding whether to have one individual serve as board chair and CEO or to split the roles, one important consideration is that the roles are separate and distinct from each other. The CEO role is a full-time job that brings many heavy responsibilities with it, including managing operations and organizational issues, as well as executing the organizational strategy.

The board chair position is also an intensive job, as the individual with this title is responsible for running board meetings, ensuring board director participation, reporting to shareholders, collaborating with management and often being the spokesperson for the media.

CEOs who also serve as board chairs must switch gears between their roles very often. An issue that some CEOs struggle with is finding the line between their board and management roles. Companies that expect one individual to manage both responsibilities may find that it spreads the board chair/CEO too thinly. Realistically, there may not be enough time for one individual to manage both roles and still be at their best in both.

There are several conflicts that may arise in having one person serve in both roles simultaneously. The CEO's evaluation comes from the board, which makes it difficult when the CEO is leading the board. The board of directors is responsible for deciding the CEO's pay, which places the CEO in the position of voting on their own pay, which is a clear conflict of interest. Likewise, the board is responsible for monitoring corporate governance, which includes monitoring management. It's not possible for CEOs to monitor themselves, and with the board chair having such a strong influence over the rest of the board, in many cases, with this arrangement, there are few checks on any potential for the abuse of power. A separate board chair is more likely to be inclined to identify and monitor all areas of the company, including management. An independent board chair can also more easily put corrective measures back in place to get the company back on track as necessary.

The Sarbanes-Oxley Act (SOX) has some implications for the combined role of board chair and CEO as well. SOX requires public companies to have only external board members. SOX also requires audit committees to have a procedure in place whereby employees and other connected people can report instances of fraud, corruption or other abuses directly to the committee without fear of reprisal. If the board is led by a member of management, employees are less likely to report issues. Since the audit committee reports to the board chair, the committee is less likely to act on these issues. This structure defeats the purpose of board policies like those for the code of ethics, conflict of interest and whistleblower.


The Difference In Job Responsibilities For the Board Chair & CEO

A large part of the job of the board of directors is to bring out the various perspectives from all board directors and to raise questions that challenge and cause the CEO to view things from a well-rounded perspective. The board chair is the individual responsible for representing individual board director perspectives to the CEO. This process may not be as productive when the board chair is directly involved in those discussions. This is also problematic during executive sessions where board directors should be able to have candid, confidential discussions between independent board directors and the CEO, which is difficult because the CEO effectively straddles both sides.

One of the arguments for having a totally independent board chair is that an independent chairman won't have as much direct access to facts, industry knowledge and institutional respect because they aren't working in the trenches of the operation on a daily basis. There is some thought that the distance would hinder effective feedback and oversight. Where many companies are starting to find a happy medium is by allowing the CEO to continue serving in the board chair role and appointing an independent board director as the lead director.

Technology can also help to keep confidential communication and collaboration in closed circles when necessary. Diligent Boards is a board management software solution with granular controls so that board directors and managers benefit by secure communications.

According to an article in Tone at the Top, the National Association of Corporate Directors (NACD) doesn't take sides as to the preferred structure of the board chair and the CEO. As Peter Gleason, CEO and President of the NACD, states, 'Our view is that the key is not the structure; it's having independence and objectivity on the board, no matter where those elements reside. The lead director position can be useful, but not if it is in name only. There have to be clearly defined roles and responsibilities for the lead director and the chair and agreed policies for handling the evaluation of the board, communication with the board, agenda-setting, etc. ' the things that ensure that the work of the board gets done.'