What Kinds of Issues Do Local Governments Solve? 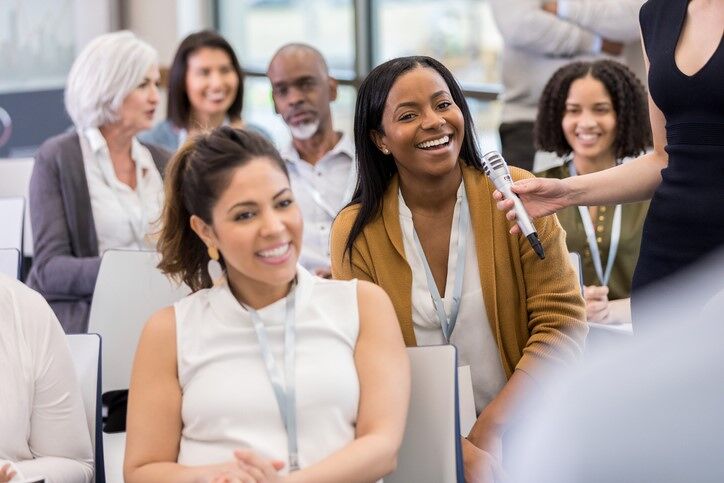 Local governments have a host of issues to solve on an ongoing basis. Municipal governments are made up of many different departments including housing, roads and transportation, library, building and zoning, planning, public works, police, fire, water, sewage, education and more. Councils do their best to stretch the tax dollars so that they do the most good for the most people. In today's world, it's necessary for local governments to look for ways to increase efficiency.

One of the most viable ways to increase efficiency at the local level is to be innovative in how they can use technology to best meet the needs of the community.

How Much Do Citizens Rely on Technology?

Local citizens have come to rely on technology to manage nearly every facet of their lives. Most people do their banking and pay their bills online. They check in with the children's activities and school programs online. It's becoming more common for people to use technology for dating, entertainment, and socializing.

Would you believe that YouTube users upload over 300 hours of content every minute? Twitter sends out approximately 6,000 tweets every second and Google processes around 40,000 search queries every second!

These statistics call to mind, 'What kind of problems would local governments try to solve if they only had the right technology?'

Dr. Stephen Goldsmith is employed by Harvard's Kennedy School of Government where he works as the Daniel Paul Professor of the Practice of Government and the Director of Innovations in American Government Program.

Goldsmith current directs Data-Smart City Solutions which is a project that features the efforts of local governments to use technology to connect big data analytics with input from the community to encourage citizen engagement. Goldsmith is also the author of 'The Responsive City: Engaging Communities Through Data-Smart Governance and director of Data-Smart City Solutions.' Goldsmith believes that budget-strapped local governments can be revolutionized by the power of data.

'Cities are facing more demands for services ever and there are fewer resources to provide those services,' Goldsmith said. 'Yet at the same time, the technological breakthroughs are at a scale we did not even see four or five years ago. With the combination of the use of big data, wireless tools and other technological changes made available to local and state governments, there is an ability to transform services.'

Innovative local governments have already found ways to tap into technology to solve some of the problems in their communities.

As you enter any public space, you're likely to find a host of teens and adults with their heads bent down and their noses in their mobile phones. Over 90% of United States citizens own a mobile device with texting capabilities and over 60% of the population own smartphones. Believe it or not, the average smartphone user checks their phone over 100 times per day.

Overall, text messaging it the easiest way for local government to reach a specific population and it's an efficient way to increase citizen engagement.

For example, the city of Boston had a major problem with potholes that were damaging cars. The city implemented an electronic app where citizens could report the location of a pothole via an app on their iPhones.

Citizens simply take a photo of the pothole on their iPhone and use the app to send it the public works department. Public works employees receive a copy of the pothole and make a plan to fix it. They can also send a notice to a tracking mechanism at the City Hall office to ensure that it gets repaired. Citizens automatically receive a message that the city received their request. Citizens can also use the app to find where the pothole was located and when it got fixed.

In Seattle, the King County Parks Department also found a way to use technology to create efficiency. They implemented a mobile app that allows hikers to get access to park maps that they can access on any electronic device, anyplace, and at any time.

The Department of Natural Resources (DNR) in Michigan has a program where hunters can text in and find information about the nearest check location. The system even works without smartphones and the internet. It works great for hunters and the DNR can more efficiently control the deer population.

In a whitepaper called 'Top Challenges and Solutions by State and Local Governments' by govloop.com, it describes an example of how an electronic app could be used to re-route bus riders. A local government could use an app for all people with bus passes. If they need to re-route people due to road construction, weather conditions, or some other reason, they could simply text people who have bus passes, tell them their normal route isn't available and outline the alternate route. The government could also ask for feedback such as whether their new route was successful, whether the alert was helpful, and how it impacted their commute. This is a prime example of how citizen feedback can help inform local government decision-making.

Starting with a Transparency Portal: Basic Technology that Every Local Government Needs

Implementing the Transparency portal by iCompass is the best first step your local government can take to engage in the community through innovation and technology.

Local governments are already hosting a vast amount of data and citizens regularly ask for some of it through FOI requests. With a portal that seamlessly integrates with your municipal government website, citizens won't even be aware that the portal is a separate online space that was created just for their use.

The portal will soon become their 'go-to' place where they can do a simple search and automatically retrieve FOI documents they want and are legally entitled to have. While using the portal, they may just pull up the last set up council meeting agenda and meeting minutes. The site also directs them to a YouTube channel where they can watch current and past council meetings in progress, complete with timestamps so they can quickly find the information they're looking for.

iCompass is the 'go-to' company that can answer your questions about how technology can solve problems as the local government level.