How to Become a General Counsel 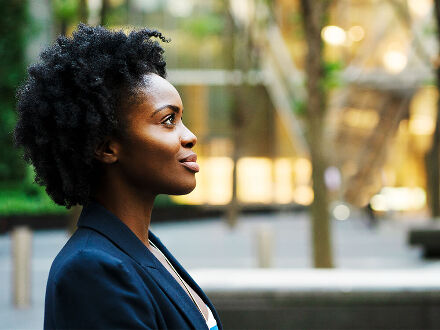 A general counsel, sometimes known as a chief counsel or chief legal officer, is the name given to the most senior in-house lawyer of a company or a governmental department.

The general counsel role is one that has expanded and evolved in recent years and is often seen as the ultimate career goal for legal professionals.

Whether you're a paralegal, a practicing lawyer or corporate secretary, the general counsel position might be something you ultimately aspire to be. If so, what steps do you need to take?

What Does a General Counsel Do?

In recent years, as corporate governance has grown as a business issue and compliance concerns have moved front and centre, the general counsel role has expanded in tandem.

Previously, a GC might have been expected 'just' to manage the in-house legal team. Today, the role might encompass company secretariat, governance, risk and compliance responsibilities. The General Counsel may be called upon to lead the corporate response on issues as diverse as cyber security and M&A, as well as acting as a conduit between the board, management and the business's stakeholders.

As the remit of the GC has evolved, so have the required experience and skills among those looking to take up the position. So, while identifying the qualities and career paths of those who have made GC in the past can provide some guidance to those looking to reach this position, the attributes that the future general counsel will need may differ.

What is a Typical Career Path to Become a General Counsel?

The report shows that that 50% had a background in corporate or commercial law, three-quarters had worked in more than one sector, and just under half were promoted to GC internally, without having to move company to gain the promotion.

This last finding is contradicted slightly by a similar survey carried out in the US by executive search firmBarkerGilmore, which found that 67% of the participating general counsels had been recruited externally for their current role.

However, the two surveys do display some common ground when examining the key steps taken to become GC.

In an article titled 'So You Want to be General Counsel — How to Maximize Your Chances,' search firm Spencer Stuart notes that "the attributes that companies look for in the general counsel position are a combination of both instinctive and learned, and qualities that people regard as innate can often be developed with practice."

No surprise then that training and development is recognized as central to the path to GC.

The BarkerGilmore survey found that 63% of GC who were promoted into the role had been given an expanded scope of responsibility prior to their promotion, with 53% reporting increased C-suite and board exposure, 39% given leadership training and 37% being asked to take on stretch assignments. 56% of promoted general counsels hired an executive coach.

Similarly, 50% of the Eversheds Sutherland respondents had received 'significant management training of more than one or two days at a time'. Several of the respondents reported having a mentor, with others benefitting from "informal" or "unofficial" mentoring.

Many prospective GCs were made aware of their successor status by their predecessor, and in some cases given a 'halfway house' role that enabled them to move towards their ultimate goal: BarkerGilmore reports that twenty-two percent served as an interim general counsel before becoming GC.

Eversheds Sutherland reports that most GCs had spent between two and six years in private practice. Around 27% had been commercial lawyers and a similar percentage became corporate lawyers.

31 of the general counsels they interviewed had held a non-legal role; this might have been before their GC role or in tandem, as a non-executive director or trustee.

The "increasingly commercial" nature of the GC remit causes Eversheds Sutherland to note that those aspiring to the role should consider taking roles that might not ' at first sight ' seem a natural step towards general counsel.

Legal COO, for instance, is a title that few surveyed felt would be a useful stepping-stone to GC ' but Eversheds Sutherland make the point that this and similar, more commercial or wider business operational, roles can play a valuable part in preparing candidates for a path to the GC role.

Spencer Stuart note that often, CEOs will seek out a general counsel with specific industry expertise. This can particularly be the case in an industry where skills are not easily transferable or where there are specific requirements; in a heavily regulated sector, for instance.

The wide-ranging remit of the current GC role ' acting as everything from corporate governance expert to strategic adviser ' requires an individual with a thirst for business knowledge and experience. As Eversheds Sutherland note:

"It was observed that potential GCs stand out even in a large in-house legal team, due to their courage and curiosity and their willingness to volunteer and seek out new experiences for themselves."

These people differ from the "excellent lawyers with a desire to search out, design and deliver excellent legal solutions," who very often don't aspire to be general counsel but are happy to continue honing their legal specialisms and expertise.

The future GC is more likely to be one of the "generalists found in all sizes of operation who have a highly commercial approach, will not be afraid of tackling a wide range of quasi legal and commercial issues and who naturally become well networked, good influencers and start to develop management skills."

The general counsel also needs the ability to anticipate — and form strategies to tackle — the diverse issues and risks the business will face. These include safety and security; potential reputational threats, and the numerous regulatory and legal issues that a corporate will encounter.

Take the Next Steps Towards Becoming a General Counsel

The path to GC may be long, and not necessarily linear. There may be advantages to taking roles, and seeking out experience, that you may not have anticipated. If your ambition is to become general counsel, hopefully this article has given you an overview of some of the skills, attributes and experiences needed the role.

The next step is to explore the specific job prerequisites and responsibilities of a general counsel in more depth - from the GC's role in entity management to the expectations of a GC in cybersecurity.