Inclusion Builds Stronger Communities: Why LGBTQ+ Inclusivity Should be a Local Government Goal

LGBTQ-owned businesses add $1.7 trillion to the US economy each year, yet there is a clear disparity in the protections that the LGBTQ+ community receives in many states and municipalities around the country. Jonathan Lovitz, special advisor to the National LGBT Chamber of Commerce (NGLCC), describes this disparity as necessitating “work with organizations like federal governments, governors, state legislatures [and] city councils to have them intentionally add [LGBTQ+ protections] to city or state code or federal code.”

When local governments do not actively support their LGBTQ+ constituents, the effects are far-reaching in terms of where business owners will choose to operate and where individuals will choose to base their work. Illustrating this, an AllyUp™ report created by Out Leadership reveals that:

Over 24 months, 24% of LGBTQ+ workers have moved to a different city because of its friendlier attitudes toward LGBTQ+ people. 36% of LGBTQ+ workers have considered moving to a more inclusive state to live and work, and 31% would be willing to take a pay cut to do so. In recent years, the increased popularity of online business platforms has enabled LGTBQ+ individuals to work remotely from states that offer more protections — leading to revenue loss for local communities that do not offer the same protections.

According to Bloomberg, ensuring equitable treatment of all constituents is imperative to retaining part of the $917 billion in consumer power that the LGBTQ+ community represents. Todd Sears, Founder and CEO of Out Leadership, describes this shift as a “brain-drain” as businesses and professionals leave discriminatory cities and states.

Why An Inclusive Workforce in Local Government Is Essential to Success

Advocating for LGBTQ+ representation amongst employees not only gives local governments the best opportunity to retain talent in their workforce, but it is also fundamental to attracting new talent who may not otherwise apply for government roles.

From a potential recruiting standpoint for city governments, you can’t be what you can’t see. Until seeing the first out Comptroller, or out city council member, or mayor, how many kids now, for the first time ever, are thinking: I want to be secretary of transportation because they saw that a gay man could do it?
– Jonathan Lovitz, Special Advisor to the NGLCC

This concept can also be applied in procurement offices to provide opportunities for local governments to discover businesses they would otherwise miss. Because the LGBTQ+ community often assumes negative intent of a government body or organization’s attitude toward LGBTQ+ issues, they frequently miss out on business opportunities. According to Sears, “If you do not tell us you are an ally, we will, unfortunately, assume that you are not.”

Consequently, LGBTQ+ owned businesses are less likely to approach organizations, agencies and local governments that they feel do not represent them. However, if there are LGBTQ+ members or allies within procurement departments, this not only broadens the pool of candidates for government contracts and benefits but also shows businesses that local governments and local organizations are invested in their long-term success as well.

Lovitz describes how, from his experience, diverse hires in procurement are “the ones who [say], ‘I just met this incredible construction company that never even thought government contracts were open to them because no one’s ever approached them before. No one told them they were welcome here. But because I speak their language […] they were open to talking to me.’”

When local governments openly display to company owners and constituents that they support equality for the LGBTQ+ community, that demonstrates a more inclusive message to all minorities. This consequently can lead to a higher overall retention of diverse talent within the municipality or state that the governing body represents. Additionally, retaining diverse talent produces a more robust local economy. The opposite occurs in less-inclusive communities: 39% of 1,300 employees from a range of U.S. companies surveyed by Deloitte reported that they would leave their current organization for a more inclusive one.

When asked to advise local governments on steps to promote inclusivity, both Sears and Lovitz stressed the importance of building connections with LGBTQ+ individuals by being visible as an ally with clear diversity goals.

Openly presenting your support of the LGBTQ+ community helps prevent the assumption of negative intent and makes members of the community feel more able to engage with their local government. Sears highlights the importance of local government officials and workers clearly announcing their allyship to constituents: “I think the number one thing that any government leader needs to do is come out as an ally, and that requires them saying the words, ‘I am an LGBTQ ally,’” he said.

Seeking to engage with LGBTQ+ individuals and other minorities when scouting candidates for a new role actively shows that these positions are open to minorities who traditionally may not believe these opportunities are open to them.

Giving examples of ways local governments can engage minority groups, Lovitz said: "Did you just advertise on LinkedIn? Or did you actually get in the car and go to the job fair at the HBCU [historically black colleges and universities] to find great Black talent? Did you go to Out For Undergrads and find great, queer young talent to be in your pipeline? If you want to attract more young, queer women of color, send one [to your hiring event], so that they can say to that room, ‘This is what it’s really like; I'm not reading you what the DEI department told me to read you. I’m going to tell you my experience.’”

Including questions on gender and sexuality in data collection surveys is fundamental to getting a complete picture of existing deficiencies and where to deploy resources. Considering the intersectionality between minority groups when asking vendors to check all the boxes that apply to them can also aid in getting a more thorough overview of who local governments are engaging with.

When discussing data collection, privacy often arises as a concern. Lovitz describes how this doesn’t have to be a barrier to the secure collection of more detailed data: “I know there’s all kinds of concerns around privacy, but there’s also a million ways to ensure the protection of that privacy through anonymity, through secure data [and so on].”

4) Require Your Team and Vendors to Embrace Inclusivity

Setting expectations for your team and vendors to embrace diversity in their work helps to present a consistent pro-LGBTQ+ message to constituents.

“[Local government] teams have to absolutely subscribe to the philosophy of inclusion, and they have to be held accountable. You can't have team without the same approach to allyship that the senior leader has and expect any sort of positive impact from it,” said Sears. Lovitz agrees and said this must extend to suppliers as well: “If you have a nondiscrimination policy for your workplace, for things you wouldn't tolerate in city hall, or at a city government building, and you don't extend those to your vendors, to your partners, you are only half living that.”

5) Show That You Lead With Your Values

Making publicly clear that you acknowledge LGBTQ+ discrimination as an issue to be worked on sends a message to your constituents that your values are actionable. Lovitz outlines the importance of LGBTQ+ policy being visible to create public awareness and set expectations: “Be very vocal about the policies that [you’re] standing by. Otherwise, they're just resolutions and pieces of paper that live on websites without meaning anything.”

Diminishing the disparities between what the LGBTQ+ community contributes to the success of municipalities and what local governments do to advocate for these minority groups is vital to thriving. Being vocal about inclusivity and acting in accordance with those values creates stronger communities for all constituents.

“If you think about Gen Z, the number one and two things that they care the most about are LGBTQ rights and inclusion, and climate,” said Sears. “So if you're a municipality that wants to attract young workers and even their parents, those are important things you have to focus on. There's a fundamental economic outcome from discrimination, just like there is a fundamental economic outcome from inclusion. And I think state and local governments have to focus on that and understand that if they want to succeed in the future.”

linkedin
Are Your Values and Actions Aligned?
Find out how to create a strategy that puts your values into action in our Leading With Purpose Workbook.
DOWNLOAD NOW 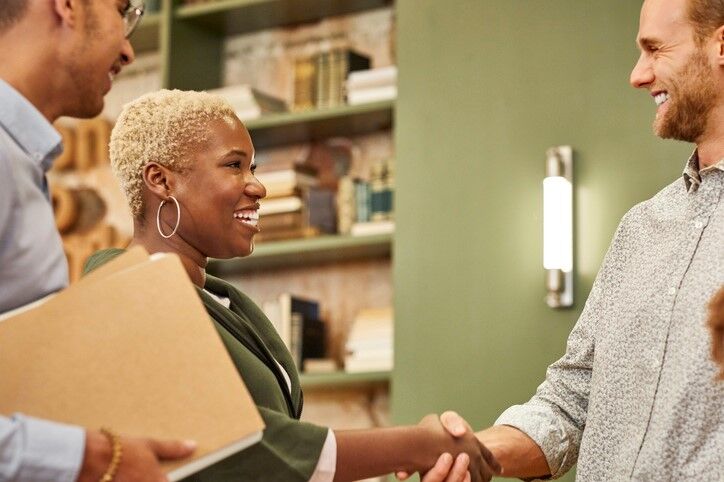 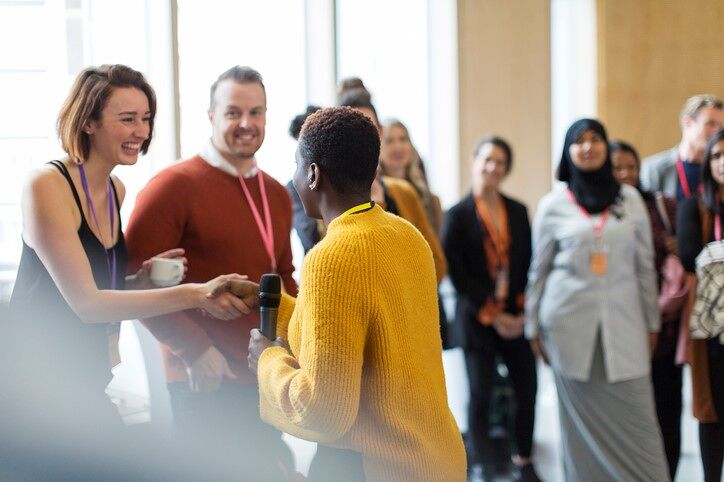 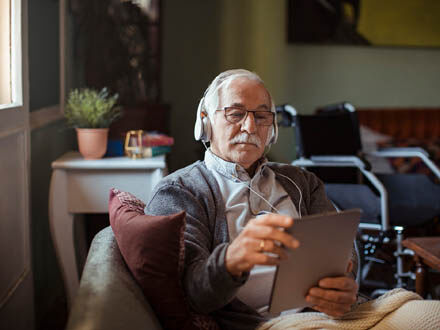 Streaming Meetings Is One Way to Engage Audiences With Disabilities