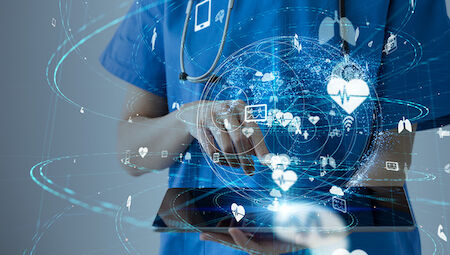 Corporations, including those in the healthcare field, know that it's considered best practices for them to have a conflict of interest policy and a code of conduct. However, it's not enough to merely have a policy, as some healthcare boards that have gotten caught up in corporate scandals have had the misfortune to discover.

Conflicts of interest are common in the healthcare field because of the closeness of pharmaceutical companies, healthcare equipment manufacturers, and physicians and other healthcare providers.

A Public Conflict of Interest Scandal Involving a Healthcare Institution

Last year, the New York Times and ProPublica exposed a conflict of interest scandal involving Memorial Sloan Kettering (MSK) Cancer Center in New York on their front pages. Dr. Jos?' Baselga, a world-leading breast cancer doctor and the chief medical officer of the center, had collected millions of dollars from deals with pharmaceutical companies, medical device manufacturers and consultants. Dr. Baselga also served on the boards of Bristol-Myers Squibb, an international manufacturer of drugs for breast cancer treatment, and Varian Medical Systems, a company that sells radiation equipment for cancer treatment. The conflict of interest became a problem because Dr. Baselga had failed to disclose his relationships and financial arrangements at scientific conferences and in journal articles.

In light of the controversy, MSK hired outside counsel to do an independent review of its conflict of interest policy and process. The counsel shared the results of the investigation with MSK's board of directors. The firm determined that while the lapses weren't intentional, they occurred because of a lack of oversight by the board.

The investigation also uncovered situations in which other top executives had failed to report their financial relationships, which also constituted conflicts of interest. In addition, the team reported that the cancer center had failed to implement processes to vet its employees' relationships with companies.

The MSK board responded quickly by doing a complete overhaul of its conflict of interest policies to ensure that they have the necessary attention and oversight they require.

The MSK scandal should be a red flag to other healthcare organizations to begin reviewing and possibly overhauling their conflict of interest policies and ensuring that they have the proper board oversight.

The conflict of interest policies can be somewhat bureaucratic in healthcare organizations, which can make them challenging to address successfully. The problems can begin as early as in the orientation process. Boards sometimes make the mistake of rushing through the orientation process and not carefully explaining what new board directors are agreeing to when they sign the conflict of interest policy.

Politics commonly play a role in boards' failure to address conflicts of interest. Physicians and other high-ranking or prestigious individuals may well take offense at any suggestion that they're failing to disclose a conflict of interest and push back in unpleasant ways. In particular, healthcare systems, hospitals and foundations often provide financial political support. For them to confront a significant donor or other member with influence can be frowned upon. Certain board directors may not want to dig into what could be an uncomfortable situation, so they handle it by collecting the conflict of interest forms while asking few or no questions at all. To compound such a situation further, many boards fail to review their disclosures or to follow up or rectify the situation.

How Healthcare Boards Can Improve Oversight Over Conflict of Interest

Boards need to understand the types of situations that can lead to conflicts of interest and handle them correctly. It's vital for board directors to disclose both potential and real conflicts.

There are several best practices that boards can follow to ensure proper management of conflicts of interest, including:

Shareholders, the public and regulators are equally concerned with transparency, accountability and overall good governance. Technology can be of great assistance in supporting transparency in governance. Diligent Boards and the suite of products that comprise Governance Cloud can assist boards in automatically tracking conflict of interest forms and ensuring that the policies and procedures are being followed as they were intended.

By having good policies and procedures in place, being committed to best practices for good governance and having a secure electronic board management software system to track their activities, healthcare boards will avoid complications and scandals that are associated with conflicts of interest.