How to Report Corruption in Local Government 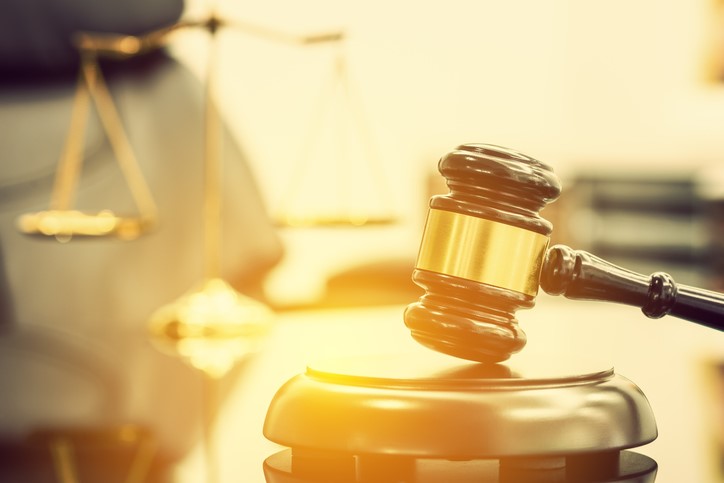 In this article, you will learn:

If you've ever had the opportunity to visit Chicago, Illinois, you're sure to have heard someone refer to this major city as the 'Windy City.' What you may be interested to know is that Chicago didn't get its nickname from the gusty winds that blow across the city from Lake Michigan. In fact, Chicago is only the 12th-windiest city in the nation among major cities. According to the Chicago Tribune, the most likely source of the nickname dates back to the 1800s and originates from long-winded politicians.

The University of Illinois found that the northern district of Illinois had 1,642 corruption convictions between 1976 and 2013. The tradition of corruption continues, as four of the last seven Illinois governors have served time in federal prison for corruption.

Election time is prime time for long-winded speeches at every level of government. Citizens want to believe that their candidates' motives are genuine and that their tax dollars will be used ethically to support and improve their community. How can you tell if corruption exists, and if it does, do you know how to report corruption in local government?

How to Spot Potential Signs of Corruption

Spotting corruption can be difficult, especially if no one is looking for it. However, history has shown us that there are telltale signs of corruption in local government.

Corruption is more likely to occur when there are few or no watchdogs. If you live in an area where one political party dominates the government, there is less likely to be any objective oversight. Investigations may be light or nonexistent. It's the old adage, 'What you don't know won't hurt you,' until it does.

Don't count on the fact that corruption doesn't occur in your area. Because Illinois is known for its corruption, the University of Illinois did a study of local government corruption. Surprisingly, Miami and Newark surpassed Chicago, with each city having over 400 corruption convictions within a nine-year timespan.

It also pays to be aware of court systems that are light on convictions. The acquittals of the police officers in the Rodney King case, and another Los Angeles case in which a store owner killed a young African American girl and served no jail time at all, demonstrate that the justice system isn't always as just as citizens would like it to be.

Other signs of possible corruption are when family members get insider jobs, public officials suddenly become wealthier, the local government budget is always dry, the town's infrastructure is crumbling and the FBI has a viable presence in your area.

How to Report Corruption in Local Government

Now that you know what to look for, would you know how to report corruption in local government if you suspected it? Smaller cities and towns are actually more susceptible to corruption than large cities. With smaller budgets, smaller locales often lack the budget to employ an official oversight body. Regardless of the size of a community or the size of its budget, every community can take action to prevent corruption within their local government. Preventing corruption on any level depends on two words ' accountability and transparency.

Every town or city should have a known authority to which ' or to whom ' citizens can report suspicions of fraud or corruption. Each area is at liberty to make their own decisions about who or what body has the authority to investigate and address allegations of fraud and corruption. If your town doesn't have such an authority, it's a good idea to have some discussions with elected officials about establishing a watchdog authority. Alternatively, it's something citizens can bring up for discussion at a public meeting. You might just find that other citizens are equally concerned.

If your local government doesn't know where to start, it's helpful to share ideas with them on how other small towns and cities have approached the issue. Here's a starter list of ideas that various municipalities have implemented to improve accountability and transparency in their communities:

Ethics officials should be independent of city positions in order to avoid a conflict of interest. Their job descriptions should include overseeing city officials, management and staff. They should also be responsible for conducting investigations over allegations of ethics violations and make all ethics decisions public via public postings. Ethics officers usually also coordinate ethics training classes and ensure that all public officials are compliant with ethics education.

The use of a city auditor isn't always the best solution, as city auditors usually limit their investigations to allegations regarding financial issues.

New York citizens provide a positive example of how citizens can hold their public officials accountable with their project called 'Reclaim New York.' The citizen-led project formed the New York Transparency Project where citizens can grade the performance of all local government officials based on 29 clear transparency practices. It's a program that all communities can use as a model for better government.

Citizens can use the portal to view council meeting agendas and minutes. They can even view a council meeting in progress in real time, which makes access to local government convenient for shut-ins and disabled people, as well as all citizens. Using a simple search box, citizens can retrieve all public documents within seconds. There's no better investment of tax dollars or a sure way to ensure accountability and transparency of local government than by implementing a Transparency Portal by iCompass, a Diligent brand.