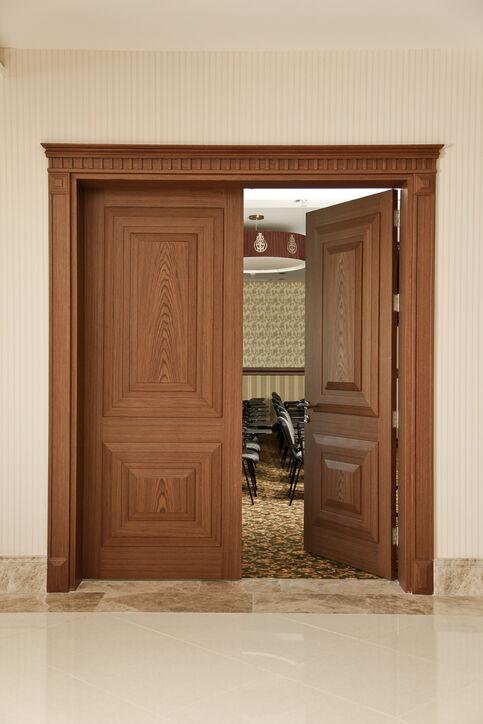 Open meeting laws forbid secret meetings in smoke-filled rooms that reek of corruption. Most public servants would agree that they are necessary to a functioning democracy. Many 'secret meetings,' though, do not have bouncers requiring passwords in the back rooms of bars. What if two municipal board members meet for lunch and discuss board business? They could be part of a 'rolling quorum,' which would put them in violation of open meeting laws. Common sense and a history of rulings suggest guidelines for keeping board communications compliant with open meeting laws.

Each state has an open meeting act that applies to its state agencies the same constraints that the federal 'Sunshine Act' puts on federal agencies. It specifies that any time there is a gathering of a group of people who are authorized to vote on public business, the public has the right to hear the discussions and to see the votes. The public must receive notice of the meeting one or two weeks prior to the meeting (with the exact lead time depending on the state), and records of the discussion and the votes must be made available to the public.

On a first reading, open meeting acts are quite simple. A section of the Louisiana Open Meeting Act states:

It is essential to the maintenance of a democratic society that public business be performed in an open and public manner and that the citizens be advised of and aware of the performance of public officials and the deliberations and decisions that go into the making of public policy.

The devil is in the details. Specific requirements of open meeting laws create gray areas. A seemingly innocent board member may unwittingly violate her state's laws.

One might, for instance, unknowingly conduct the kind of secret balloting that most open meeting laws prohibit. Of course, board members cannot offer bribes to other members for certain votes or even twist their arms, but it is even illegal for a board member to hold conversations with fellow members to informally count supporters on an upcoming vote. It is hard to imagine each council member having complete ignorance of others' views on an upcoming matter. It is nevertheless incumbent on each board member not to cross the line into informal polling.

A board member might also remain silent if her board seems to abuse the right to hold occasional closed sessions. If the board will discuss confidential information or matters that would violate a person's right to privacy, the board may call an Executive Session, away from the eyes and ears of the public. If used too much, Executive Sessions can violate open meeting laws. At the very least, it may provoke citizen accusations of secret government.

Overusing Executive Session can destroy public confidence. Because it used Executive Session liberally, the school board in Charleston, SC, was recently accused of determining a location for a high school stadium and obligating over $11 million in related construction contracts entirely without public awareness or input. Earning back the trust of the public could take years.

If a board member violates his state's open meeting act, the penalty can be severe. Mild penalties include negating the results of a vote or publishing the proceedings of an Executive Session. Individual board members can be fined, though. It is even possible for a board member to face criminal charges. To ward off such a nightmare, it is important for board members to consciously avoid one of the most common inadvertent violations of sunshine laws: rolling quorums.

Also called a 'walking quorum,' a rolling quorum is defined by the state of Wisconsin as, 'a series of meetings, teleconferences, or some other means of communication such that groups of less than a quorum are effectively meeting and can arrive at a consensus or understanding regarding governmental business that, collectively, would constitute a quorum.'

In other words, a rolling quorum occurs when a quorum is achieved without all the members needed being present in the same room at the same time. They might discuss public business by email or phone call over several days. This practice unequivocally puts its practitioners in violation of public meeting laws. There are ways to avoid such a costly transgression.

The ban on rolling quorums reflects a suspicion that a de facto meeting might take place outside the regularly scheduled place and time. To avoid violating the rule, it is best to avoid anything that might resemble a meeting. To wit:

Either a conglomeration of board members at a party or an email trail could count as the type of 'meeting' that constitutes a rolling quorum. A seemingly innocent social event can put a board member in violation of the rules. Say the mayor and all eight city councilors sit at one table in a restaurant to celebrate a retirement. Technically, it counts as a meeting if any public business whatsoever is discussed, since more than half the voting members were present. (Five council members would be enough.) They need not take an informal poll to break the law. If they make any decisions or set any policies binding on the city council, they are creating a rolling quorum. Experienced council members advise avoiding such events entirely, as they can create the appearance of a rolling quorum, and that alone could tarnish the council's public image.

The advent of email has created new questions as to what constitutes a 'meeting.' In court, email raises more suspicion than traditional mail because the communication can be nearly instantaneous ' as it is in face-to-face meetings. States differ in their treatment of email. In Arkansas, emails are never construed as 'meetings,' while in Colorado, they are. It is a good idea for council members to consult their state's open meeting laws. Test cases in scrupulous states suggest limiting emails to two people per email, with the sender conveying information, but not requesting a reply or an opinion.

A 2012 Virginia case (Hill v. Fairfax County School Board) determined that email among school board members did not violate their Open Meetings laws if it met three conditions:


Virginia even allows livestreaming or tweeting from within an official meeting, since they make the meeting more open, not less. A Louisiana case specified that email may not be used to assign proxy voting rights. Proxy voting is outlawed in Louisiana altogether as a violation of open meeting laws.

A good rule of thumb is that emailing among a small number of council members is fine if it just passes along information, but not if it encourages or opens a group discussion. In that spirit, the state of Virginia has clarified that the following exchanges are permitted in that state:

When in doubt, a council member should err on the side of caution. Creating the appearance of an electronic closed meeting can erode public trust even if it flies under the radar of the state's open meeting laws.