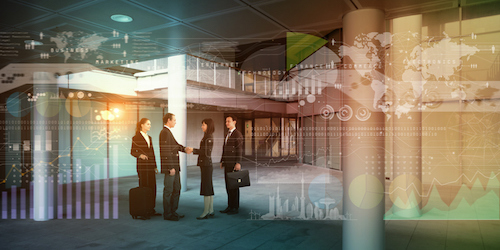 Venture capital (VC) firms are at the vanguard of the funders for the latest technological tools. While looking for many opportunities to fund tech start-ups, they're dabbling in many of the tools themselves to help streamline and enhance their processes.

Many start-ups believe that by investing heavily, they'll be able to stay ahead of the competition. Private equity companies and venture capital companies are trying to use more software programs to automate more of their tasks. If they're not using technology, they're likely to fall to the back of the pack.

Most VCs use some combination of off-the-shelf products. Other companies are working internally to build their own proprietary systems. An in-house system takes time to design, build and populate. They also require regular use and they need a tech team to help update the system and maintain it. It can be redundant to add machine learning and artificial intelligence tools on top of in-house programs unless the program designers have a key focus on and incentives for getting the data right.

A couple of decades ago, investments were more of a game of mental strategy and knowing the ropes. A few well-known financial experts mostly invested in mutual funds using their gut feel and plain instinct. Now, the industry is overloaded with hedge funds and other data-driven processes. It's as if the humans with the 'magic touch' have all disappeared. VC companies are starting to go the same way.

Nnamdi Okike, co-founder of 645 Ventures in New York, tells us that the firm is one of the pioneers of a data-driven investment model to the seed stage. Okike describes his firm's model as 'a combination of an outbound deal sourcing strategy leveraging software and automation to help the team identify high-potential, rapidly growing companies.' He continues, 'We use technology to enhance every stage of the early-stage investment process, from sourcing to evaluation to value-add.'

What Tools Do VCs Use to Market Their Fund?

So, what digital tools are you likely to find in a VC company's technology stack? More importantly, what tools do they need in their technology stack, and what makes them the best choices?

To begin with, let's take a look at a Blue Future Partners survey of early-stage venture capital funds to get the scoop on the 'go-to' tools in their technology stack. The results demonstrate that VC firms use a host of random and popular apps and that the vast majority of them are stand-alone apps that don't integrate seamlessly with other apps in a meaningful way.

For their marketing efforts, VCs are likely to use standard newsletters and send them via email. The most popular app they use is Mailchimp. Constant Contact and SendGrid fall closely behind. When respondents were asked about delivering content and brand-building, 73% responded that they simply don't do it, while a mere 8% said they use Medium.

To streamline the process of raising capital and sharing information with potential LPs, most VCs rely on Dropbox, Google Drive and DocSend. Some companies prefer to use virtual data room providers like Intralinks or SecureDocs.

When it comes to raising capital, VCs have historically preferred in-person meetings. Small percentages of VCs have found success with online communities like Palico and Trusted Insight, although 87% responded that they don't participate in online communities at all.

VCs indicated that they're using major data trackers like Crunchbase, PitchBook and CB Insights, and they also use these companies for deal origination and due diligence.

Early-stage investors are likely to pore over crowdfunding sites, angel group platforms and product launch lists to identify opportunities for investments. Apps like AngelList, Product Hunt and Seed Harvest topped the list of favorites. Some VCs indicated that they used the sites more for checking out new types of products and companies in an effort to assess their similarities and to determine what things make a company stand out, rather than to connect with them.

For project management tasks, VCs liked apps like Slack, Trello and Asana. Most companies prefer to communicate using apps like Skype, Zoom and Google Hangouts. The favorite scheduling apps for VCs are Google Meet, Google Calendar and Calendly. Three favorite apps stand out in the VC crowd for CRM: Salesforce, Streak and Pipedrive.

VCs liked a variety of apps to support their due diligence effort. Popular programs like Gartner, Statista, IBISWorld and the US Census Bureau ranked high in this arena. VCs prefer LinkedIn and Twitter when researching people.

To evaluate product usage and traction over time, VCs tend to use Google Analytics, App Annie and Alexa.

Investigating a partner's social media activities may inform negotiations. Some VCs liked to use an app called Accompany for this purpose. About 93% of VC firms said they don't use an app for this purpose, favoring sticking with their natural instincts. Many VC firms are taking advantage of apps that generate e-signatures to execute contracts faster, such as DocuSign, HelloSign and SRS Acquiom.

VCs also stated that they like apps such as Carta, Excel and iLevel to monitor and report on investments. VCs strive to create and accelerate value creation for their portfolio companies. The respondents mentioned that they liked to use Box, Google Drive and LinkedIn to improve board management, recruitment, sales and financial management.

According to Semil Shah, the General Partner for the Haystack Fund, larger VC firms are served best by investing their time and money in building their own CRMs and databases.

What Do VCs Believe They Need in Their Technology Stacks for the Future?

The survey indicated that about 30% of the General Partners were willing to invest funds and resources in building their own tools. About 74% of the firms spent $10,000 or more on digital apps and tools in 2017. About 17% of the companies indicated that they spent over $50,000 in the same year. Most of the respondents said they planned to increase their budgets for tech purposes in the forthcoming year and 14% said they had plans to increase their technology budgets by 30% or more.

Challenges and Obstacles in Building Your Own Technology Stack

Smaller companies and young organizations, such as are common in VC funds, tend to have small budgets. Members of their teams are also juggling a lot of balls in the air, such as fundraising, deal selection and portfolio management. As VC firms try to use various electronic apps to form a connection with some of their clients, they're amassing a random collection of tools that lack security and that don't integrate with their other apps.

The good news is that these challenges and obstacles can easily be overcome when using Governance Cloud, a suite of digital tools that perform most of the functions of the over 40 electronic applications listed in this article. It's the #1 software for boards of directors in all industries.

In the quest to build their businesses, it's vital for VCs to practice good governance, which will ultimately help assist them in enjoying good performance. Diligent designed Governance Cloud with the needs of board directors, executives, general counsels and corporate secretaries in mind. Governance Cloud is an umbrella over a comprehensive array of software tools that are cohesive, highly secure and fully integrated under one platform.

As many VC firms are discovering, the digital tools they use every day are fragmented and isolated from other processes. The tools that comprise Governance Cloud are efficient and effective. Also, they're a cost-effective alternative to VC firms building their own tools and platforms.

Governance Cloud is the only integrated enterprise governance management solution that digitizes tasks and activities for board directors and executives. As more tech companies form and enter the limelight, it will be tempting for VCs to try out their wares. Diligent Corporation is an industry leader in board management software solutions and they're constantly innovating to remain at the top.

Take a look at the digital solutions for board governance and communication below that form the Governance Cloud ecosystem. There's an app for virtually every aspect of governance activity: Have you considered the security risks that using a host of disconnected apps poses to your VC firm if one app infects another with a virus or malware? With Governance Cloud, there's no worry because the entire Diligent platform is built with state-of-the-art security and the applications are fully integrated with each other.

The right technology stack for VC firms isn't a collection of off-the-shelf apps. It's not an expensive, custom-built, in-house solution. It's Governance Cloud.