A Brief Overview of Robert's Rules of Order 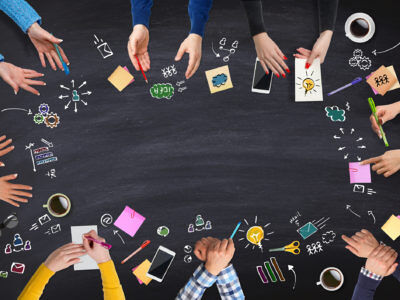 Just imagine a meeting where there is no one in charge. There is no agenda and no universally accepted way to run the meeting. Or, perhaps, there is an agenda, but the participants of the meeting can't agree on the order of the meeting or how to manage multiple people who want to speak while giving everyone a fair chance to voice their opinions. Obviously, it would be total chaos! Robert's Rules of Order is another term for parliamentary procedure. It's a meeting protocol that is almost universally accepted for conducting meetings and making group decisions in an orderly fashion.

The original 'Robert' passed away in 1923, but the legacy of his efforts toward producing a guidebook continues to serve small and large group meetings. The rules allow everyone a chance to express their opinions and to gain a consensus while respecting the rights of the minority opinions. Robert's Rules of Order standardizes parliamentary procedure, leaving little or nothing to chance, so that groups can make decisions in a democratic manner.

History of Robert's Rules of Order

It surprises many people to know that the author of Robert's Rules of Order was a brigadier general who used his engineering training and expertise to explore wagon trails and improve inland waterway systems. Henry Martyn Robert was a United States Army officer who worked as a field engineer. As a well-respected citizen, Robert was asked by his community to chair a town meeting that they planned to hold at a local church. As the story goes, Robert had some familiarity with parliamentary procedure, but he was vastly unfamiliar with how to use it to chair a meeting. He took his position as chair of the meeting with no rule book to follow except his own good conscience. He did his best, but left the meeting feeling incompetent and embarrassed at his performance.

Upon being convinced that most people would appreciate a handbook that brought order to chaos at meetings, Robert adapted the rules and practices of Congress to the needs of non-legislative groups when he wrote and published Robert's Rules of Order.

Robert's Rules of Order outlines meeting procedures so that participants don't spend valuable meeting time on debating what the rules are or should be. The rules also guide the board chair in facilitating meetings fairly and objectively. The result of using the rules allows minority opinions to be heard and factored into the majority opinions and decision-making.

What Types of Organizations Use Robert's Rules of Order?

The Basic Components of Robert's Rules of Order

The Table of Contents guides users to the various sections of the book.

Making motions is an important part of participating in a meeting. It's important for board members to learn the names and definitions of different types of motions. There are four types of motions, including main (or principal), privileged, incidental and subsidiary. Board members need to understand which motions or situations take precedence over others.

The board chair and board members also need to know the rules for making and seconding motions and resolutions. Finally, they need to learn the steps for taking motions to a vote.

Some motions are pretty cut-and-dried, but others will require discussion and debate before they're ready for a formal vote. Robert's Rules describes things that precede, close or prevent a debate. The handbook also defines the principles of debate and the issues or circumstances that make a motion undebatable. Sometimes board members are so passionate about an issue that things get personal. Robert's Rules offers tips for decorum in debate so that comments and remarks remain objective and productive. There are also rules that clarify that a person making a motion must have the floor and be recognized by the chair. Following this rule prevents other members from shouting out requests to call the motion when a member of a meeting is out of order.

Parliamentary procedures under Robert's Rules of Order suggest specific ways of putting the question and announcing the vote. Furthermore, it describes the types of motions that require more than a simple majority vote. Certain situations will call for some votes to be null and void even when they are unanimous.

Robert's Rules of Order on Committees and Boards

Robert's Rules describes the basic roles and responsibilities of officers. These duties can be modified by the organization's bylaws. There are also sections on how the secretary performs duties related to recording and publishing minutes of the meetings.

Robert's Rules of Order explains how to address most issues that could arise at a meeting. The handbook also provides structures to address uncommon and unusual situations, which makes it so valuable now and for the future.

Robert's Rules of Order has undergone 11 revisions since it was first published in 1876. The two major revisions occurred in 1915 and 1970, which tells us how carefully Robert thought through parliamentary procedure before publishing it.