Why Organizations Split the CEO and Chairman of the Board Roles 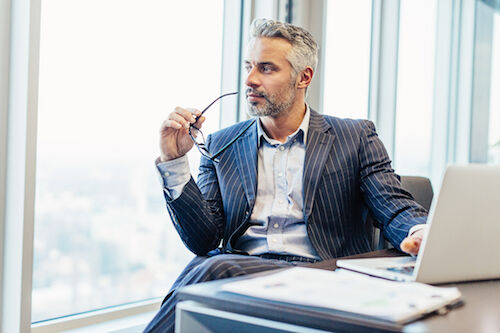 Historically speaking, the roles of the CEO and the Chairman of the Board have been combined. The board is elected by the shareholders and is charged with protecting the shareholders' best interests. Boards usually meet at least quarterly to set their long-term plans, review and monitor the financial reports, monitor and oversee the senior-level executives, and vote on major decisions.

Pension funds and governance advocates have long supported separating the two roles. Their voices have been gaining in popularity, as there has been a record number of companies separating the roles of the CEO and the Chairman of the Board in recent years.

Companies have the liberty of finding their own balance of responsibility and authority between the CEO and the Board Chairman. Even within similar types of industries, the balance of power between the CEO and the Chairman of the Board varies substantially. Following are some notable examples of major companies that decided to separate the roles and the incidents that prompted them to do so.

In 2019, Boeing grounded all 737 MAX jets after they experienced the tragedies of having two fatal crashes in less than five months in which 346 people were killed. Boeing's CEO Dennis Muilenburg also served as Boeing's Chairman of the Board at that time. After the second crash, shareholders placed pressure on the board to replace Muilenburg. They declined; however, they did remove him as Chairman of the Board, citing that they had made the decision to allow him to focus on production and safety.

Shareholders also took note that AT&T wasn't performing as well as expected. Activist investor Elliott Management Corporation placed pressure on the company to divest certain businesses, review how it allocates capital, stop making acquisitions and eliminate $5 billion in costs. Elliott offered to help the board along by developing a slate of new board numbers for the board to consider. The board responded by saying that they planned to separate the roles when the current CEO and Chairman of the Board, Randall Stephenson, retires.

Wells Fargo Bank's board came under fire when they got caught in multiple schemes and scandals. Managers placed unreasonable sales goals on their staff, so employees devised several fraudulent ways of meeting them. Employees opened millions of fake, unauthorized accounts and enrolled customers into online banking services without telling them. In another scheme, Wells Fargo employees inappropriately referred customers for enrollment in third-party renters' and life insurance policies.

Fargo's employees also incorrectly charged customers with auto loans for force-placed and unnecessary collateral protection insurance. Employees also failed to return refunds of unearned premiums on some of their optional auto insurance products. Employees in the home lending departments also incorrectly charged customers for mortgage rate lock extension fees. The board decided to keep the chairwoman in her role, and they replaced the CEO with Charles Scharf in an attempt to salvage the bank's reputation.

The athletic shoe company Nike also made some changes in its leadership following some scandals that damaged its reputation. President, CEO and Chairman of the Board Mark Parker stepped down as CEO but stayed on as Chairman of the Board. He resigned, along with a few other corporate leaders who had been accused of sexist behavior. Nike was also accused of sponsoring anti-doping experiments for a well-known track coach where it was reported that Parker was aware of this activity.

The We Co is the parent company of WeWork, which is a company that provides shared office space. The company came out strong when it went public, but then experienced a strong financial downturn. The board stripped its CEO and Chairman of the Board, Adam Neumann, of both roles. They will replace him with an outside CEO.

The Board's Role in CEO Hiring

The board is responsible for hiring, firing and setting compensation for the CEO, which is one of its most important functions. That means that if the CEO is also the Chairman of the Board, it places that individual in the position of monitoring and evaluating himself or herself, and setting their own pay, which is a clear conflict of interest.

There was a sharp decline in companies combining the two roles after the 2010 Dodd-Frank Act was passed. The law requires companies to disclose and explain the structure between the Board Chair and the CEO. Proxy firms also support separating the two positions. Shareholders consider it a more friendly position when the roles are filled by different individuals.

Pros and Cons of Separating or Combining the Roles

There is no evidence to support separating the roles one way or another. Some studies say that separating the roles produces higher shareholder returns. It's difficult to prove the relationship between the leadership structure and returns, so many companies rely on their instincts and do what's best for their company.

GE keeps the two roles together. They opine that keeping the roles together allows the CEO to drive strategy and agenda-setting at the board level while maintaining responsibility for executing on that strategy.

Whether companies decide to keep the roles separate or together, all of them benefit by taking a modern approach to governance by using board management software by Diligent Corporation. The granular permissions feature allows leaders to involve only the necessary people in discussions. The security of the platform ensures that all communications flow efficiently and are kept confidential and private.