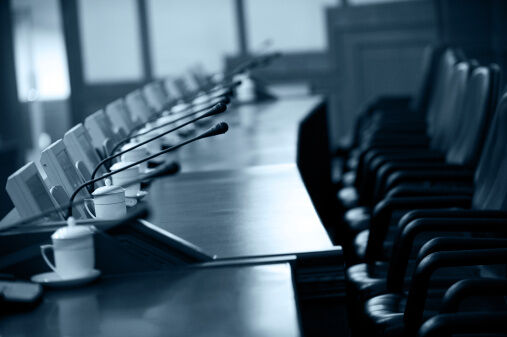 In recent years, shareholders have been dissatisfied with management and certain corporate governance practices, which has led to an increase in shareholder activism. As corporate governance evolves, shareholders are gaining more power to elect their choice of board directors. Until recently, shareholders have largely been dissatisfied with their communications with the board and management. Some shareholders feel that contact with board directors and managers once a year is simply not enough, and that discussions during that time are impersonal, outdated and not meaningful. In an effort to be heard, shareholders are attempting to reshape traditional investor communications and relations.

According to the Institutional Shareholder Services, the majority of corporations in the United States had some form of majority voting and annual elections in 2015. This is a telltale sign that U.S. companies are becoming more proactive.

Activist demands can force companies to expose information that's not beneficial to them or the companies for the short or long term. There's a trend toward establishing a two-way effective communication structure between companies and their shareholders to ensure that both sides are happy. As a way of formalizing these changes, U.S. companies are starting to adopt bylaws that formalize processes for shareholders to present their dissatisfactions or concerns.

What Is Shareholder Engagement?

Just about any form of communication between shareholders and leaders is acceptable. Some of the more common methods are:

Hot topics between corporate leadership and shareholders are corporate governance issues, corporate strategies, risk management and executive compensation, or any other topic that shareholders bring to the board's attention.

In general, formal written policies help to get everyone on the same page. They set the ground rules by which everyone must abide.

Boards have been increasingly aware of the rise in shareholder activism, and it's creating pressure on boards to respond to shareholders in some fashion. According to the National Association of Corporate Directors (NACD), over 20% of listed companies were approached by an activist shareholder in the years 2015-2016. In 2015, less than half of the boards surveyed didn't have designated plans to respond to activist investors.

By initiating some type of interaction between leaders and shareholders, leaders have the opportunity to open up discussions about how their short-term goals will affect their long-term goals. Periodic discussions between shareholders and leaders also prevent the potential consequences of board decisions of which shareholders aren't aware.

First, boards need to identify the most appropriate internal stakeholders and to assemble a committee. The committee should be diverse in knowledge, and perhaps, include a member from the human resources department. The committee should also include members of management, corporate executives and a member of the board of directors.

Next, the board should carefully select which investors with whom they want to engage. Formal board policies will outline the methods, topics and frequency of communication, so that all parties are on the same page. To be effective, shareholder engagement should foster broad participation among shareholders and be ongoing. Boards should strive to maintain the dialogue between the parties once it's been opened up.

Virtual meetings are gaining in popularity as boards discover that they are a cost-effective, practical way to broaden shareholder participation.

Despite the traditional relationships between board directors and shareholders where communications about leadership and strategy were off-limits or nonexistent, corporations are learning that increasing shareholder engagement offers benefits for everyone. Respectful communications give shareholders a better understanding of the company's viewpoint and perspectives. Similarly, company representatives gain a better picture of the diverse views of the shareholders. They're often happy to serve as a source of advice.

When it's been well-planned, the end-game of a shareholder engagement policy will result in the transparency and accountability of the board and executives. The results should translate into enhancing management's credibility and increasing the goodwill and trust between all parties. Overall, the evolution of increasing shareholder engagement will enhance good corporate governance.