Why a Nonprofit Advisory Board Matters 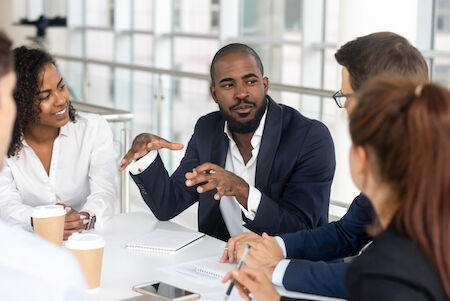 You know why your board matters, and that its impact extends beyond the corporation or the organization at which you’ve built your career. This is true whether you deploy your skills at a listed or a private company, a public sector organization or a nonprofit organization.

This is the time of year when people around the world, and Canadians in particular, think of the Terry Fox Foundation: September 15, 2019, marked the 39th consecutive year in which Canadian schoolchildren, families and adults of all ages participated in the Terry Fox Run for the Cure. In a world that’s arguably short on heroes, this ordinary Canadian who achieved the extraordinarybecame a hero to people around the globe.

With a goal of raising money toward cancer research and cures for those suffering from the disease, Terry Fox ran a marathon or almost a full marathon a day for 143 days despite a partial leg amputation. Along with millions of fellow Canadians, I watched on television as Terry and his father left Vancouver for the east coast, where he began his Marathon of Hope. We followed the news of his progress with tremendous admiration – and then with great sadness as, two-thirds of the way into his journey across Canada, he had to stop because cancer had spread to his lungs. Terry Fox didn’t live to see his 23rd birthday, but the Run for the Cure became international in scope, and funds continue to be raised in his name, in pursuit of curing cancers.

A Nonprofit’s Obligation to the Community

The fact that an organization functions as a nonprofit does not, of course, negate the need for good governance. In fact, it may be argued that, dependent as many such organizations are on donations to fund their work, good governance is critical to nonprofits’ reputations, as well as to financial oversight and to the success of their strategic plans.

Nonprofit board members will direct their energies to oversight and strategic planning, as do other boards; they also dedicate their time to fundraising efforts on behalf of the organization. While other boards’ recruitment matrices will reflect requirements for senior executive and governance experience as well as specific types of professional expertise, nonprofit board composition can be different. While there should certainly be a degree of professional expertise, nonprofit board seats may also be occupied by people who are heavily committed to the cause and the community, rather than bringing governance experience and corporate board-style professional qualifications to the role.

Nor will all nonprofit board members be as well positioned as corporate board members are to donate to the organizations they govern.

These two differentiators – the depth of both professional expertise and pockets – can create gaps for some nonprofit boards. When you look at some internationally recognized nonprofit organizations, such as those mentioned above, the boards are well resourced in terms of fundraising capacity, governance and professional expertise.

The Importance of Establishing a Nonprofit Advisory Board

The Terry Fox Foundation board, for example, is chaired by Bill Pristanski, the founder of a leading national public affairs consulting firm. This philanthropist has personally raised in excess of $800,000 for cancer research. The Foundation’s Chair Emeritus, Isadore Sharp, is the founder and Chairman of Four Seasons Hotels and Resorts. An early supporter, Sharp made a commitment to Terry Fox that a run would occur annually until a cure for all cancers was found. The other members of the Foundation’s board have equally impressive qualifications. Look at the list of trustees of the American Museum of Natural History, the directors of the American Cancer Society and the governing bodies of many other nonprofits, and you’ll see that there’s no shortage of expertise or fundraising capacity.

For some nonprofit boards, though, the establishment of an advisory board can represent an opportunity to secure counsel as needed from people who have specific expertise. An advisory board, which will not meet with the same rate of frequency as a board of directors, can be called upon for support.

That support may take the crucial form of lending one’s name and credibility to the nonprofit. It may imply providing professional expertise and insights. Other advisory boards and committees may be established with the purpose of donor cultivation or fundraising. Yet others are established to secure stakeholder input. In some instances, nonprofit boards may recommend the appointment of advisory board members who are seen to have potential to serve as future board directors.

Why A Nonprofit Advisory Board Matters

Some nonprofits choose to use the term advisory “committee” or “council” – rather than board – to provide a distinction between the advisory body and the board of directors. For the American Heart Association, stakeholder input in the past came in the form of a Youth Advisory Board; the Association now has a National Youth Council. Doctors Without Borders has a 13-member US Board of Advisors.

If your nonprofit board has identified in-demand professionals and philanthropists who have declined prospective opportunities to serve on the board of directors due to time or other constraints, there may be merit in assessing whether an advisory board – with its lesser demands – may be of value to the organization.