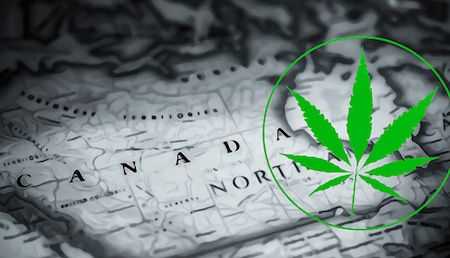 Parallels have been drawn between Canada’s legalization of cannabis production by licensed producers (LPs) and the legislative repeals of prohibition that unfolded almost a century earlier (PEI waited until 1948) across most Canadian provinces. What was forbidden last October 16th was legally permissible on the 17th. What remains forbidden in some, but not all, US states can now be legally acquired in Canada.

North of the 49th parallel, it was the 1914 War Measures Act that dictated provincial and territorial bans against manufacturing, selling and purchasing liquor for the duration of hostilities plus a year. Even before the American prohibition era began, some Canadian legislative assemblies had begun replacing liquor bans with government-controlled liquor boards, branches and corporations. Such Canadian entities exist to this day, and some have been renamed to reflect expanded scopes of authority as a result of the passage of Canada’s Cannabis Act.

While early 20th century Americans may have had to wait 12 to 14 years longer than many Canadians for restoration of the ability to legally produce, buy, sell or transport liquor, Canadians have accrued a century of experience when it comes to extensive liquor-related controls and regulations.

The country’s Cannabis Act and accompanying regulations came into force on October 17, 2018 – almost a century after first Québec and then BC lifted prohibition. It’s still early days, but analysts have projected that the Canadian cannabis market will have a value in the range of $5.5 – $10 billion annually. Statistics Canada subsequently concluded that Canadians spent an estimated $54 million on legal cannabis purchases in November 2018 alone.

Then there are the large American markets. While US federal cannabis prohibitions remain in place, demand exists and efforts are underway to grow those markets. The value has been pegged at over $8 billion as of 2017, with projections that it will reach $24 billion annually in the US by 2022. Federal legislation is such that US businesses can encounter limitations or challenges in where they can do their banking. In states with legalized medical marijuana, or legalized recreational and medical marijuana, how likely is it that a business will open accounts or secure credit and credit cards with a federally regulated bank?

Lobbying is underway at the federal level, including efforts to enable large American banks to become involved in the cannabis industry. In mid-February 2019, industry representatives made their case in front of the House Financial Services Committee during a hearing on the relationship between banks and cannabis businesses.

Such lobbying to amend American federal legislation does not, however, negate risks for Canadian cannabis companies that are already active in the US or seeking business opportunities south of the border. If anything, it illuminates some of the current risks. Investors in Canadian cannabis companies need to be made aware of the risks associated with even the potential of doing business in markets where there are conflicting federal and state legislations concerning the product that a business produces and sells.

Yet, even in this era of disclosure, almost three quarters of the Canadian cannabis companies that are already active in the US or endeavouring to develop business opportunities in the US have been found wanting when it comes to disclosing to investors the extent of those risks.

Regulations and compliance are among the facts of life for boards and the companies they oversee. When it comes to the emerging legalized cannabis industry, there are also challenges when it comes to the calculation and communication of the fair value of cannabis products.

These issues are among the findings included in the Canadian Securities Administrators’ (CSA’s) Staff Notice 51-357, released on October 10, 2018. The CSA is Canada’s umbrella organization of securities regulators in each of the country’s 10 provinces and three territories. It identified the need for improvements in production estimates, misleading or unbalanced disclosure, impairment, material contracts, regulatory frameworks and US-based marijuana activities.

The October 2018 Notice highlights fair value measurement process findings and more, following reviews conducted by securities regulators in BC, Alberta, Ontario and Québec. Regulators reviewed disclosure reports from 70 reporting issuers (firms) with any type of involvement in the cannabis industry. That included issuers who were planning but had not yet commenced cannabis-related activities, as well as some others not directly involved in cannabis production or sales.

The CSA also outlined expectations that LPs improve their disclosure practices with respect to financial statements and management’s discussion and analysis (MD&A), in order that investors can understand a given LP’s financials.

It was likely cold comfort to the 74 percent of Canadian cannabis companies that they had plenty of company in providing insufficient disclosure about the risks associated with their US undertakings. By October 2018, subsequent to Canadian regulators’ reviews, 17% of Canadian issuers with US operations had refiled their latest MD&As.

The CSA also found that not all issuers were in consistent compliance with securities requirements for guidance on provision of balanced disclosures, or forward looking statements.

One issue is a practice in which adjustments have often been “embedded” in the reported costs of goods sold. In reviewing disclosure reports associated with cannabis products, investors should be able to assess whether product weights refer to harvested weights that are used in the production of a product, or to the weight of the finished product.

Investors require higher levels of transparency, and they need information on both the processes and assumptions used in establishing the fair value of a given cannabis product, be it an oil or a dried product. The CSA advised that, in order to meet International Financial Reporting Standards (IFRS), all of the LPs that were reviewed needed to improve their fair value and fair value-related disclosures. Cannabis companies are expected to measure biological assets at their fair value, yet regulators found that issuers’ profit and loss (P&L) statements have included “unrealized fair value gains related to the growth of biological assets which have not yet been sold”. The CSA reported that 71% of LPs had not separately disclosed all fair value amounts referenced in their P&Ls.

While the CSA’s October 2018 Notice is its most recent cannabis-related Notice to date, it isn’t the regulators’ first foray into articulating standards. It follows the CSA’s February 2018 Notice (51-352), issued months in advance of regulations coming into effect in order to proactively communicate expectations of LPs. It will be interesting to review future Notices and see how rapidly Canadian cannabis companies come up to speed with respect to financial market regulations.