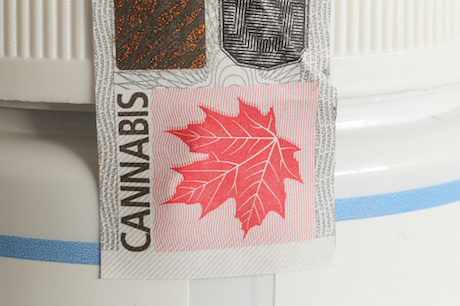 Have you ever begun reading a report thinking you knew what was being presented, only to find that an acronym you understood to have one meaning actually represented something else altogether in the context of the report?

When it comes to the cannabis industry, you can substitute the word “grams” for “acronyms” if you’d like to understand just one of the challenges investors and regulators have been encountering when it comes to interpreting some of the financial statements and disclosures issued within Canada’s recently legalized cannabis industry.

Let’s consider that, since cannabis is an agricultural crop, disclosure reports will reference product weights in terms of grams. If you were an investor reading a report, you might think that a report referencing a given quantity of grams represented the weight of the end product. If you spend much time in the kitchen or are generally comfortable with metrics, it would be understandable if you interpreted that report to indicate that each gram of cannabis was the equivalent of roughly a third of a teaspoon of cinnamon. However, in some instances within the Canadian cannabis industry, that gram indicator could be a reference to a gram that was harvested rather than a gram of the finished, dried product.

It gets more challenging, as investors may be trying to make sense of disclosure reports that can be the cannabis equivalent of apples and oranges. That’s because cannabis is sold as both dried and oil products. In reports associated with cannabis oils, there can be a lack of clarity on equivalencies when it comes to assumptions made as to the ratio of grams of dried cannabis per milliliter of cannabis oil.

In short, investors need higher levels of transparency and disclosure. Investors need information on both the processes and assumptions used in establishing the fair value of a given cannabis product. One issue is a practice in which adjustments have often been “embedded” in the reported cost of goods sold.

This insight comes from the Canadian Securities Administrators’ (CSA’s) Staff Notice 51-357, released on October 10, 2018. The CSA is the umbrella organization of securities regulators in each of Canada’s 10 provinces and three territories. The October 2018 Notice isn’t the regulators’ first foray into outlining expectations of licensed producers (LPs). The CSA issued Staff Notice 51-352 on February 8, 2018, as a means of providing advance guidance before regulations came into effect.

The most current Staff Notice highlights fair value measurement process findings and more, following reviews conducted by securities regulators in British Columbia, Alberta, Ontario and Québec. Regulators reviewed disclosure reports from 70 reporting issuers (firms) with any type of involvement in the cannabis industry. That included issuers who were planning, but had not yet commenced, cannabis-related activities and others not directly involved in cannabis production or sales.

In its October 2018 Notice, the CSA noted that all the LPs its regulators reviewed had taken steps to improve their disclosure practices in response to concerns flagged in five key categories:

While acknowledging that assumptions on which LPs base biological assets’ fair values are “subjective and involve significant judgements” that mean management must make assessments at each reporting date, the CSA was clear: “Investors should be able to understand these judgements.” The October 2018 Notice identified a number of material deficiencies in issuers’ continuous disclosure records and in their financial reporting. It also outlined expectations that LPs improve their disclosure practices with respect to financial statements and in terms of management’s discussion and analysis (MD&A), in order that investors can understand a given LP’s financials.

Regulators advised that, in order to meet International Financial Reporting Standards (IFRS), all of the LPs that were reviewed needed to improve their fair value and fair value-related disclosures. Issuers are expected to measure biological assets at their fair value, yet the CSA found that issuers’ profit and loss (P&L) statements have included “unrealized fair value gains related to the growth of biological assets which have not yet been sold.” The CSA reported that 71% of LPs had not separately disclosed all fair value amounts referenced in their P&Ls. Instead, as mentioned above, such adjustments were frequently embedded in the cost of goods sold.

The CSA found that not all issuers were in consistent compliance with securities requirements for guidance on provision of balanced disclosures, or forward-looking statements.

Canada’s Cannabis Act and accompanying regulations came into force on October 17, 2018, and Statistics Canada subsequently concluded that Canadians spent an estimated $54 million on legal cannabis purchases in November 2018 alone. Bloomberg has noted analysts’ projections that the Canadian cannabis market will have a value in the range of $5.5–$10 billion annually.

This is an industry with impressive (no pun intended) growth potential on both sides of the 49th Parallel. Some US states allow the sale and use of cannabis. Joe Cool himself, football great Joe Montana, is one of the most recent big names to invest in the legal cannabis industry. On January 24, 2019, it was reported that Montana and former Yahoo! Inc. CEO Carol Bartz were among the investors in San Jose cannabis retailer Caliva’s $75 million round of fundraising. It’s little wonder that cannabis is being referred to as the 21st century California gold rush!

While US federal prohibitions remain in place, demand exists. Thus, some see Ohio-based cannabis retailer Green Growth Brands’ late January 2019 official announcement of its takeover bid for Canadian cannabis firm Aphria as indicative of a natural evolution of the industry.

What’s Next for Canadian Cannabis

As the industry grows, reporting will increasingly come under scrutiny, and that’s where the CSA comes in. In its February and October 2018 Staff Notices, the CSA spoke to disclosure expectations associated with Canadian firms’ cannabis-related operations in the United States. In October 2018, the CSA noted that almost three out of every four issuers (74%) with US operations were found to have provided insufficient disclosure on risks, including potential legal issues, relative to their US operations.

It has now been almost a year since the CSA first published disclosure expectations for issuers who, as the CSA put it, “currently have, or are in the process of developing, marijuana-related activities in the U.S. where such activity has been authorized within a state regulatory framework (U.S. Marijuana Issuers).” Disclosure of such US involvement is at the top of the list of this set of expectations, followed by a requirement for disclosure that, under US federal law, marijuana is illegal – and further disclosure that enforcement of relevant legislation poses a significant risk. By October 2018, following regulators’ reviews, 17% of Canadian issuers with US operations had refiled their latest MD&As.

Regulators have noted this legalized industry’s youth and acknowledged the evolution of (and requirements for) not only accounting and disclosure requirements, but also best practices. For governance professionals, disclosure and attention to best practices may have been the new norm a decade or so ago. These days, though, they’re embedded alongside solid financial reporting as some of our core principles. Let’s see how soon these same principles become embedded in Canada’s cannabis industry.