What Are Critical Audit Matters? 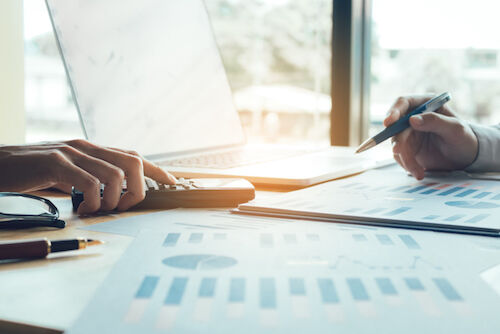 The changes in auditing requirements came about to fill the need to provide more relevant information about corporate audits to investors. The changes require auditors to provide additional information in their audit reports than what has historically been required of them.

About the New Auditing Standards

The Public Company Accounting Oversight Board (PCAOB) adopted a new set of auditing standards known as AS 3101 on June 1, 2017. For most companies, the standards are in effect for the 2017 calendar year audits. Large accelerated filers will have to comply with CAM provisions by June 30, 2019. For all other applicable companies, they must abide by the new standards as of fiscal years that end on or after December 15, 2020.

Regarding other changes to the auditor’s report, companies must make those changes effective for audits for fiscal years that end on or after December 15, 2017. The rules for communicating CAM won’t be required for audits of brokers and dealers that report under SEC Act of 1934 Rule 17a-5. The same applies to investment companies other than business development companies, employee stock purchase, saving and similar plans, and emerging growth companies.

The new auditing standards require companies to disclose the auditor’s tenure by including a statement that tells the year that the auditor began serving consecutive terms as the company’s auditor. Here are some other ways that the new audit standard makes the report easier to read:

In addition, the new mandate requires auditors to disclose CAMs and explain how they addressed them in the audit. Under the new rule, auditors must also refer to management’s related disclosures.

The “pass/fail” opinion remains true as it pertains to the new standard, but it makes considerable changes to other parts of the auditor’s report.

As noted earlier, critical audit matters involve especially “challenging, subjective, or complex judgment.” In the interest of clarifying this phrase, auditors should take the following factors into account, either alone, or as they exist together:

To understand critical audit matters, it helps to take a look at some examples.

In audits where a company has goodwill that is material to its financial statements, the auditor’s assessment of the goodwill impairment assessment might constitute a CAM, even if there isn’t an impairment. Goodwill impairment is a charge that’s applied when the goodwill’s carrying value is over its fair value on financial statements. Companies record goodwill after they acquire assets and liabilities and pay more than their identifiable value.

In another example, management communicates details of a potential loss contingency to the audit committee and the loss was discovered to be remote and wasn’t recorded in the financial documents. This situation wouldn’t fall under the definition of a CAM.

This is a situation that could occur when there is a charge to the expenses for what falls under a probable future event, such as a negative outcome after a lawsuit. A loss contingency provides a heads-up about an impending payment that’s related to a likely obligation. If they can’t reliably estimate the loss and the loss isn’t likely, the company could opt to discuss the item in the footnotes that accompany the financial statements.

Not all matters will qualify under the definition of a CAM, including significant risks. This is because not all matters involve challenging, subjective or complex auditor judgment. The number of CAMs that will appear in an auditor’s report will depend on how complex the issuer’s financial reporting is. The PCAOB doesn’t expect the new standards to rock the boat too much. The past standards already required audit committees to discuss a wide range of topics and many of these matters were being discussed as a matter of course before the new standards became official.

According to the Center for Audit Quality, at least one matter will meet the standard in most audits.

Accountability, collaboration and transparency are big issues in governance. That’s why Diligent Corporation created Governance Cloud, a total enterprise governance management system. Board management software assists audit committees, board directors and managers with a highly confidential way to navigate CAMs and the new audit procedures with ease and confidence. Granular permissions ensure that all parties can review and revise only the documents that they’re authorized to access. It pays to trust your company records to Diligent Corporation, an industry leader in corporate governance software.