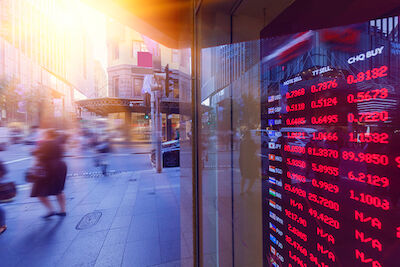 The boards of Australia’s financial services players came under intense scrutiny during the recent Royal Commission into Misconduct in the Banking, Superannuation and Financial Services Industry.

Called by the government after consumer outrage over perceived misconduct and an apparent profit at all costs mindset in retail financial services, the Banking Royal Commission was led by the Honorable Justice Kenneth Madison Hayne AC QC and put banks, super funds, wealth managers, insurers, mortgage brokers and others under the spotlight.

Its final report was released in February 2019 after seven rounds of public hearings over 68 days where more than 130 witnesses were called; more than 10,000 public submissions were reviewed as well. The report makes 76 recommendations for behavior improvement in the sector; 24 of those recommendations relate directly to institutions and individuals, and the regulators have been charged with the responsibility to take action.

One of the big themes to emerge during the public hearings was the systemic failure of governance throughout the Australian financial services sector. In his interim report, Justice Hayne notes that “every piece of conduct that has been contrary to law is a case where the existing governance structures and practices of the entity and its risk management practices have not prevented that unlawful conduct.”

Justice Hayne believes bank leadership weighted financial risks much too high over what he terms non-financial risks – those compliance and culture-based operational risks that need to be led and managed from the top. These can include the culture of the organization, its compliance and governance processes, and the remuneration and other policies put in place.

Justice Hayne’s final recommendations include that remuneration for bank and lending staff be overhauled, and that APRA-regulated institutions change their bonus and remuneration structures to “encourage sound management of non-financial risks, and to reduce the risk of misconduct.”

It’s not just the role of boards that is under pressure, though. With regulators ASIC and APRA coming in for some particularly brutal words from Justice Haynes, commentators are expecting them to step up the pressure on all financial services players from here on in.

“Until this Commission was established,” writes Justice Hayne in his final report, “ASIC and the relevant entities” barely gave any reproach for “fees for no service conduct.” The worst reprimand was paying back what it took plus some compensation – hardly a deterrent for big banks.

While the likelihood of the supra-regulatory oversight body recommended by the report is yet to be determined, the existing regulators are incredibly mindful of their role and the appearance of pressure on the financial services sector.

The Australian Institute of Company Directors supports the Banking Royal Commission’s recommendations that:

The report also notes that the regulators should consider introducing non-executive directors to their boards for enhanced oversight, and to stop the practice of directors coming from other entities within the group, which can lead to conflicts of interest.

It’s likely the regulators will look closely at the roles played within each entity, to ensure the lines between customer service and sales for commission, and between entities in the vertical integration structure, become less blurred.

The role of the Board includes setting culture from the top

When considering how and why things went so wrong in Australia’s financial services, the Banking Royal Commission often called into question the practices of the board. The Commissioner stated that “the primary responsibility for misconduct in the financial services industry lies with the entities concerned and those who managed and controlled those entities: their boards and senior management.”

The Banking Royal Commission observed that licensed entities were dealing with regulatory compliance piecemeal, rather than comprehensively. Boards were too quick to see events as isolated departures from an assumed norm – the work of lone wolves, nothing to do with the entity itself – and they failed to review underlying causes or links between these isolated departures.

They also did not have the processes in place to know if services were being delivered as promised – something that came to a particularly nasty head with the “fees for no service” scandal that saw people, including the dead, being charged for financial services they weren’t receiving.

The final report recommends that directors be held to account for corporate misconduct that they failed to prevent. Indeed, NAB’s CEO and Chairman both resigned in the wake of the report and its condemnation of their role and performance during the hearings.

The Banking Royal Commission made it clear that the role of the board in any financial services entity is to set the tone from the top. Good boards:

Post-Royal Commission, boards should bear in mind how culture is reflected within and outside an organization, recommends Allens/Linklaters, including:

But a board is only as effective as the documentation and processes allows it to be. Strong entity governance should drive the modern organization, with compliance teams harnessing technology to ensure nothing is missed and everything is ready for the increased regulatory scrutiny that’s to come.

How to ensure strong entity governance

It’s clear that Australia’s financial services sector will be expected to step up governance and compliance from here on in. The individual entities, as well as the wider parent company structures, cannot afford to be seen to endorse misconduct anymore – especially if they don’t want an end to vertical integration. To maintain their business structure, governance must be the top priority for now, not profit.

This is where entity governance should come into play for banks and financial services in Australia. Entity governance encompasses the entire lifecycle of each entity from incorporation to closure, paying close attention to the secure management of relevant documents, stakeholder management transfer and understanding ownership structures. It means taking strategic oversight of the corporate structure to be able to forecast the downstream effects of regulation and law changes – in relation to the Banking Royal Commission, that means having easy access to a central repository of governance and compliance documentation to demonstrate compliance at any given moment.

Diligent’s governance and compliance software provides that central repository for your entity documentation. Built in the cloud, it’s accessible from anywhere in a secure environment. Board portals allow easy collaboration and virtual spaces for the board and its document management, while entity management software establishes a single source of truth for all data, from director information through to reporting and contracts.

Request a demo and discover how the Diligent suite of compliance and governance software can help get your financial services entities on track and in compliance with the Banking Royal Commission’s recommendations – and help you be ready for the greater ASIC and APRA scrutiny that’s to come.

Experienced journalist Lauren McMenemy has been writing about compliance and governance for several years, and has covered finance, professional services, healthcare, technology, energy and entertainment.