When School Boards and City Councils Won't Work Together 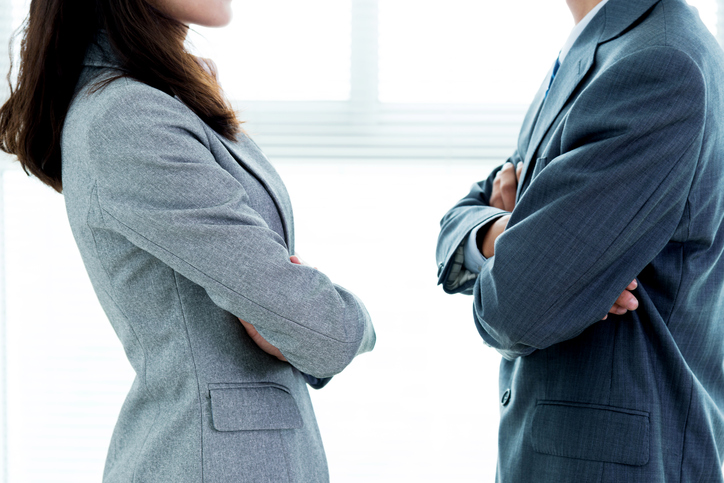 If a town's school board and its city council are sworn enemies, the public suffers. That is the lesson from Hackensack, New Jersey, where rival factions have kept the school board and the city council from working together for years. Desperately needed projects received no attention. Hackensack has finally addressed this issue, and things are finally getting done. Their model suggests that a shake-up of membership can put an end to a political stalemate that keeps municipal institutions from doing their job.

In the most hotly partisan political climate in U.S. history, Hackensack's division is surprisingly non-partisan. Democrats are not opposing Republicans. It's more medieval Verona than modern Washington, with Montagues and Capulets sparring to the death. Both the city council and the school board are chosen in non-partisan elections.

Students paid the price for the stalemate. Over the last six years, the district grew by a whopping 760 students, but nothing has been done to build a new school. Joint meetings of the school board and the city council were repeatedly scheduled and then cancelled. The city council refused to attend meetings because they protested the presence of attorneys at the meetings.

When a municipality reaches such an impasse, something has to change. Mayor Labrosse expressed his frustration: 'Butting heads certainly doesn't work.' But how? Different cities have tried different solutions. Finding any such solution requires an informed and active citizenry that knows what is happening and demands change. Without transparency and accountability, stalemate could persist.

In Hackensack, the public filled three empty seats on the school board with a coalition called 'Putting Our Kids First.' The three new members were chosen by Mayor Labrosse's administration. They have broken the voting bloc of Zisa operatives within the school board.

It would be impossible in Hackensack to break up the city council, as all five members are elected in the same year, with elections held every four years. The city manager implements policies determined by the mayor and the city council, serving in no way as a check on their power.

Having broken up the gridlock, the two bodies are finally talking to each other, something the mayor says he has long wanted. They've agreed to split the expense of hiring seven new security guards for the district schools, and talks on the new school building are expected soon.

Hackensack shows the danger of gridlock when a school board and a city council refuse to cooperate. The democratic process finally settled the matter, but it did so by choosing one faction over the other, creating a new risk of corruption, as the favored faction now exercises unchecked control over a growing portfolio of city assets. It did not manage to force the stubborn political opponents to work together for the public good.

Given the urgency of finding solutions when the public welfare is neglected, towns facing similar stalemates must hold both parties accountable for their refusal to cooperate. No form of city government achieves the full checks and balances of the federal system. Informed citizens can call for a change, as they did in Alexandria, VA.

Alexandria is seeking a novel solution to a comparable stalemate: establishing a third body that studies an issue and makes recommendations to both the city council and the school board.

Unable to agree on long-term budgets, the city council and the school board in Alexandria could craft Capital Improvement Projects for one year at a time. Mayor Justin Wilson created the Joint Ad Hoc Alexandria Municipal Facilities Plan Steering Committee, a “blue-ribbon group” that would “synthesiz[e] those two bodies’ visions.” The committee will provide expert advisory input to both the city and the schools' budget processes by prioritizing city and school projects over the 10 to 15 years starting in FY2019. It will consist of nine apolitical professionals in relevant fields such as architecture and urban planning.

School Board Member Ken Graf is cautiously optimistic. He hopes the new entity will create “a narrative across the two bodies that creates … empathy … for the other body’s issues.” Others fear added layers of bureaucracy.

School boards and city councils have to work together, or students suffer. The key is to find what Alexandrian Ken Graf calls “that sweet spot of joint, collaborative planning and thinking … without getting to a point that one side or the other feels that they have completely ceded control or authority.” Every city needs to find that sweet spot. The challenge may call for new elections, or even new governmental bodies altogether. If the public doesn't know or care about this ever-present threat to civic efficacy, nothing will happen. Transparency before the public may be the single strongest weapon in the battle against inaction resulting from gridlock.