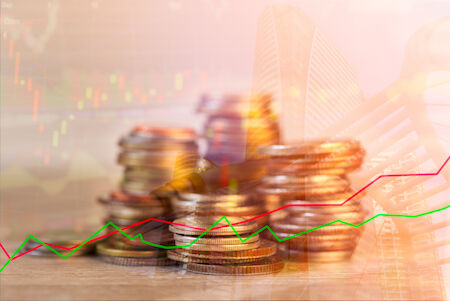 Events in the marketplace and changing laws and regulations over the last two decades have led to major changes in how companies compensate their board directors. The needs of the market have created the demand for a few new positions, which has generated much change in how companies view compensation plans for directors. There's a general move away from paying executives as board directors and a simultaneous move toward acquiring outside experts to fill the role of board directors and pay them appropriately for their time and contributions.

In managing director compensation, it's important to consider how the past is changing the present, consider what the current trends are, and factor in the changes that will become necessary for the future.

The Evolution of Director Compensation

A couple of decades ago, board directors were commonly eligible for pensions and benefits programs. Their vesting schedules mirrored those of executives. Most board directors could plan on having a vesting schedule of three or four years. Directors received equity awards in the form of stock option grants and awards were expressed in numbers of shares as opposed to grant value.

Companies expected board directors to serve on committees without extra compensation. There was no distinction for holding Lead Director roles. In addition, there were no guidelines for directors who owned company stock.

Laws and Regulations That Changed the View of Director Compensation

The first changes in director compensation were noted in 1996 with the release of the NACD Blue Ribbon Commission Report on Director Professionalism. The report made several recommendations, which led to new trends such as paying directors with cash and equity, dismantling pension and benefits programs, and adding independent directors and lead directors.

In other trends, boards are eliminating staggered terms in favor of one-year terms where companies present a full slate of board directors for elections annually. This change has prompted reducing vesting schedules to one year. Regular board replenishment is favored, as diversity promotes new ideas, adds specialties and fosters independence. Boards are trending toward offering competitive compensation packages to attract top talent.

According to an article by the Harvard Law School Forum on Corporate Governance and Financial Regulation, companies are reducing or doing away with the following for managing directors: Past benefits are gradually being replaced by the following:

What Are the Median Pay Amounts for S&P Companies?

According to the Harvard Law School Forum on Corporate Governance and Financial Regulation, the following chart reflects the median pay amounts for S&P companies as of 2017.

What Does the Future of Director Compensation Look Like?

One of the issues that remain unresolved is how to compensate chairs who need to attend extra meetings due to crises or other important matters. Some companies favor including around 10 meetings in the retainer and paying a per-meeting fee for meetings over that.

Perquisites have long been a staple of director compensation packages, but the marketplace is discouraging them, so we'll likely see them fade to black.

As the position of Lead Director emerged, it was often a title without accompanying compensation. As the worth of this position has been proven, companies began to compensate for the efforts of the individual who fills this role. Current trends indicate that companies are providing retainers on par with that of the Audit Committee Chair. Pay rates could increase even more in the near future as the role develops and requires more time.