Spencer Stuart Board Index: A Tour of the 2017 Results 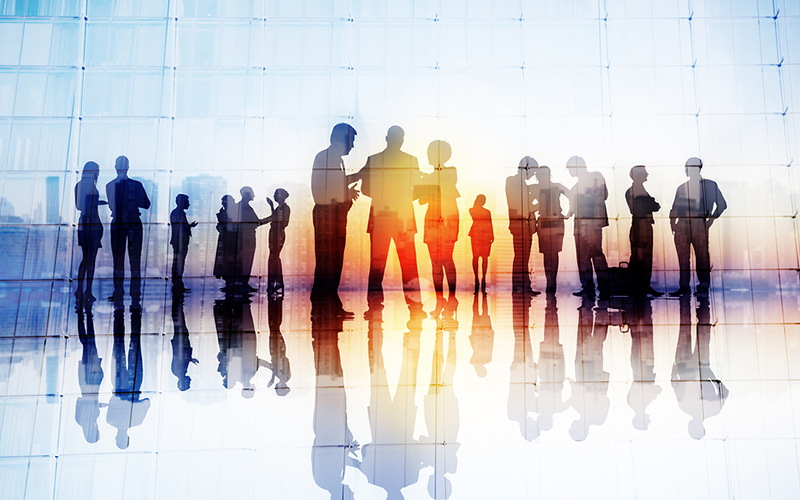 With board composition on everyone's agenda this year, corporate boards are evolving at a truly unprecedented pace. Today's S&P 500 boards are recruiting directors who are younger and more diverse in all aspects, while boards are becoming accustomed to new standards of engagement, disclosure, and investor influence. This pace of change, however, is merely mirroring that of today's increasingly complex and digital world.

Each year, the Spencer Stuart Board Index offers us an effective snapshot of S&P 500 boardrooms. The 2017 Board Index takes a deep dive into all aspects of board composition (e.g., age, leadership, board size, committee structure, refreshment policies), as well as other timely governance topics including shareholder engagement and board compensation.

Below, we give you just a 'quick tour' of 2017's notable highlights ' just a scratch on the surface.

Significance: Boards are broadening their profile of 'the corporate director.' Not only are fewer CEOs serving on boards, but companies are recruiting more directors who are younger, non-retired, and diverse in their skill sets. Whether these recruitment trends can be credited to investor pressure or better board evaluation practices, they're driving greater diversity of thought, age, gender, and ethnicity among new S&P 500 directors.

What's Powering this Trend? Investors have placed a heightened focus on board composition, and in turn, we've seen a significant spike in first-time directors (i.e., a 13-percentage-point increase from 2016). Investors have urged boards to focus on diversity of skill sets and better alignment to strategy. In 2017, we saw both State Street and BlackRock vote against Nom/Gov committee members, and other investors have indicated that they will follow suit in 2018.

In addition, fewer active CEOs are serving on boards. Only 37% of S&P 500 CEOs serve on outside public boards, which is down from 52% a decade ago. Furthermore, boards are cracking down on 'overboarding' (i.e., serving on too many boards), likely due to the increased responsibilities of today's directors and a dash of investor pressure.
The Outlook? Board composition was the number-one governance issue this year, and we don't see that changing anytime soon. Expect even more investors to take action in 2018. Make sure any disclosure around board refreshment outlines the board's process: Here's our strategy. Here's our gap in skill sets. Here's how we filled that gap.
Further Resources: Trends in Board Recruitment and Mandatory Age Requirements and Next Gen Board Leaders
__________________________

2. While board evaluations are now conducted by nearly every S&P 500 board, only 37% reported conducting some form of individual director assessment.

Significance: Board evaluations are the lynchpin of effective board refreshment and performance. Yet, nearly two-thirds of S&P 500 boards are still missing a critical piece of the process (i.e., peer reviews).

Trends Over Time? The number of boards that reported conducting individual director assessment was virtually unchanged from five years ago (i.e., 37% in 2017; 36% in 2012). Board turnover in 2017 also remained low at 0.81 new directors per board'despite the fact that 46% of corporate directors indicate that someone on their board should be replaced (PwC's 2017 Annual Corporate Directors Survey).
Obstacles to Overcome: Too many boards continue to treat evaluations as a compliance exercise. Peer reviews can be uncomfortable, and they are too often perceived as a threat to board collegiality; yet, they continue to be the most-effective mechanism for improving director performance. In the end, an effective evaluation process falls squarely on the shoulders of board leadership, who must ensure the 'performance-measurement mindset' is an integral part of board culture.
Further Resources: Board Evaluation Blog Series
__________________________

Significance: Powered by low turnover and rising age limits, boards are steadily growing older. As companies undergo digital transformations and focus on new consumer generations, how could this trend negatively impact board and company performance?

Conflicting Trends? As boards recruit more young, digital directors, the average age in S&P 500 boardrooms continues to rise...why is that? In a recent article for Next Gen Board Leaders, we explored these two seemingly antithetical trends. Low board turnover (i.e., only 0.81 new directors per board in 2017) continues to drive up the average age, despite great strides in age diversity among new S&P 500 directors.
The Outlook: Investors will become increasingly critical of boards that rely on mandatory age limits or tenure limits as their means for refreshment; instead, they want to understand your board's process for refreshment and how your age dispersion contributes to diversity of thought in the boardroom. Boards may need to think differently about the ways younger directors can contribute. Likewise, a sharp and contributing director shouldn't be kicked off the board just because he or she turns 72.
Further Resources: 90% of Board Members Say '''Age' is Important to Diversity of Thought
__________________________

4. 55% of directors (versus 39% last year) said they were contacted by large institutional investors and/or largest shareholders specifically regarding a governance-related topic.

Significance: Shareholder engagement is increasingly seen as good governance by major investors and proxy advisors. In turn, more boards are recognizing the value of these interactions.

Further Insights: Throughout our Board Performance Review Series, we've learned that major investors like BlackRock and Vanguard generally identify two types of engagement: (1) when there's something substantive to discuss (e.g., issues around board composition or CEO compensation) and (2) informal relationship-building discussions, which allow the investors and boards to connect and swap perspectives.

[blockquote source="Glenn Booraem, Principal & Head of Investment Stewardship at Vanguard, during the Board Performance Review" cite="https://boardroomresources.com/episode/investors-board-performance-review-highlights/
"]Over time, we actually do want to meet with just about everybody...Now that we're on the downside of the proxy season, our one-on-one engagement with companies on a relationship-building basis is really going to pick up. That's an important part of our process for both informing ourselves on the specifics at individual companies, but also for understanding the range of practice'and using those discussions with companies to drive best practices more broadly across the portfolio.[/blockquote]

Furthermore, PwC's 2017 Annual Corporate Directors Survey indicated that boards are not only becoming more open to shareholder engagement, but that they're beginning to recognize the value of these interactions:

[blockquote source="PwC's 2017 Annual Corporate Directors Survey" cite="https://boardroomresources.com/insight/a-progress-report-on-corporate-boards-pwcs-2017-directors-survey/"]A majority of directors (76%) at least '''somewhat' believe that their board received valuable insights from shareholder engagement; 77% believe that their engagements positively impacted (or is likely to positively impact) proxy voting (up from 59% in 2016).[/blockquote]

The Outlook: As both sides become more accustomed to shareholder engagement, directors should focus on how they can continue to improve the quality of these meetings. In our resources below, investors share expectations and best practices for their engagements with boards. Among the advice: "Explain your thought process" and 'Leave the babysitters and the 100-page slide deck at home'.
Further Resources: Board Performance Review Highlights, 5 Investor Expectations for Shareholder Engagement, and The Proxy Statement: 4 Best Practices for the 2018 Season
__________________________
As 2018 nears, we expect the heightened focus on board composition to continue and investor pressure to increase. What kind of impact will the recently formed Investor Stewardship Group (ISG) have in 2018? How will investors and activists continue to drive action on diversity or ESG initiatives? These questions will be at the forefront as we head into the next proxy season.