Board Diversity and Firm Performance 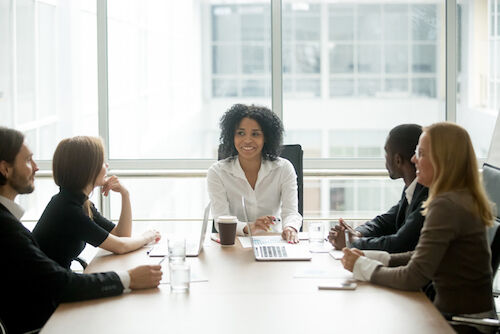 Variety is the spice of life. That's precisely why we enjoy meeting new people. Have you ever walked away from a conversation feeling incredibly enlightened about something you previously knew nothing about? Have you come away from an encounter with a new acquaintance with a new perspective on something? These experiences allow us to see things from a different angle. That is the value in board diversity.

As representatives of their shareholders and stakeholders, board directors should be reflective of those they serve. Only a diverse board can have discussions that consider multiple perspectives. From a business standpoint, companies are always looking for their target market. A well-represented board of directors is a necessary component to the customers they serve.

What the Research Tells Us

A 2018 study by the Boston Consulting Group looked at board diversity and firm performance. The study researched 1,700 different companies within eight different countries. The companies were of various sizes and were selected from a variety of industries. Overall, the study found that 'increasing the diversity of leadership teams leads to more and better innovation and improved financial performance.'

Companies that employ diverse management teams showed revenues increased by 19%, citing innovation as the key to the rise in growth. Startups and tech companies are known for being innovative, so the move toward board diversity could be a solid game-changer. As the connection between board diversity and firm performance becomes clearer, best practices will continue to evolve to show that diversity must be considered a fundamental part of successful businesses. Diversity of thought and strategy takes various perspectives into account, which sets the basis for stronger, more comprehensive solutions.

McKinsey research affirms the results by Boston Consulting Group. In their publication, 'Diversity Matters,' the company examined data from 366 public companies working in various industries in Canada, the United States, Latin America and the United Kingdom.

The report shows that companies that ranked in the top quarter for gender or racial and ethnic diversity were likely to take a national financial lead over national industry medians. The bottom quarter of the companies for diversity measures were less likely to have above-average financial returns. More diverse companies attracted top talent more easily. In addition, they enjoyed greater employee satisfaction and improved their customer base. Diverse companies made sound decisions that led to a predictable cycle of growth on returns.

The results are so promising that they inspire hope that diversity in age, sexual orientation and experience will also give companies a competitive edge and help them to retain diverse candidates for employment.

'Diversity Matters' also produced the following results on board diversity and firm performance:

On the other end of the spectrum, companies that fell in the bottom quarter for ethnicity and race, as well as gender, were less likely to attain above-average financial growth than average companies. In fact, they trailed far behind them.

'Diversity Matters' showed a direct relationship between racial and ethnic diversity and increased financial performance in the United States. The report indicates that for every 10% increase in racial and ethnic diversity for senior leaders, the company's earnings before taxes and interest rose by about 8%. These results were stronger than those for gender diversity in the U.S., where women are already gaining top spots in leadership and the results of their presence have already made a positive impact.

In the United Kingdom, for every 10% increase in gender diversity on their senior leadership teams, the earnings before interest and taxes rose by 3.5%.

The Current State of Diversity

While the needle is beginning to move around the issue of diversity on boards of directors and in corporate senior leadership, 'Diversity Matters' notes that women are still under-represented on the whole. Only about 16% of corporate executive seats are filled by women in the United States. The percentage of women in leadership in the United Kingdom trails slightly behind the United States at 12%, and Brazil offers women leaders top positions about 6% of the time.

The results are clear that there is a direct link between board diversity and firm performance in companies. These results present an opportunity for boards to revisit their composition and work on recruitment and succession planning to increase diversity on the board and in senior leadership.

Diligent's Governance Cloud provides the software solutions that will help companies make the switch. Diligent Boards is a highly secure platform with granular permissions where nominating committees can search and recruit newer, more diverse talent. Diligent Boards also provides a secure platform where boards can track and review their own results between diversity and revenues.

The director and officer self-assessment tool is an easy-to-use online tool whereby boards can easily assess their current talent and plan for the future.

Day by day, the world is growing more connected because of technology. Increased competition will likely encourage companies to look at every situation that nets them an opportunity for increased profitability. The right time to invest in creating diversity is certainly now, as it will become an increasingly hot topic in the corporate world. The early results show that diversity will create a divide between the front-runners and those who cling to the status quo.