How Board Diversity Is Linked to Performance 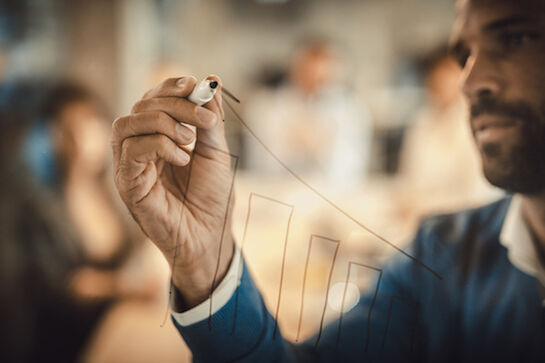 Throughout the history of the corporate world, business leadership has been dominated by men. As new reports surface that link diversity to improved board performance, board diversity continues to be a hot topic. While some companies are beginning to get their feet wet with expanding the diversity on their boards, in most cases, there's still a long way to go.

Part of the reason that boards are moving slowly to make changes related to diversity is that while board directors and executives agree that board performance benefits from board diversity, leaders have trouble defining diversity and they have a way to go in developing new practices to promote the idea that their board values it.

Boards are advisory and governing entities in which board directors and executives complement and balance each other out with their various viewpoints, skill sets, backgrounds and experiences. It will take changing the current longstanding practices and policies to net changes in their results. While that statement sounds simplistic enough, it requires boards and senior leaders to change their beliefs and attitudes first.

Boards will first need to increase their knowledge about diversity to gain a better understanding of what diversity truly means, how it benefits them and other stakeholders, and how they can realistically achieve it.

Recent Research on the Connection Between Board Diversity and Improved Performance

Boston Consulting Group (BCG) did a study of over 1,700 companies in the United States, France, Germany, China, Brazil, India, Switzerland and Austria. The study looked at businesses in a variety of industries and included small, mid-size and large corporations. The study was based on the following six dimensions of board service:

Researchers analyzed the individual and collective results by correlating the variables. They compared the diversity dimensions to the percentage of revenues that came from products introduced within the last three years. Overall, the study showed that the most diverse companies were also the most innovative. The research showed that companies that had diversity on the board and leadership, based on the six dimensions of diversity listed above, had revenues 19% higher than their competitors.

The results showed that all six dimensions played a role individually and collectively in innovative performance. Certain dimensions, such as industry background, national origin and gender, had slightly stronger effects on board diversity and performance. The research states that the effects of most dimensions were primarily additive, except for education, age, career path and industry background, which were correlated to some degree.

Fair employment practices also played a role in supporting diversity. Equal pay, support for diversity at the senior leadership levels and open communication practices were only present in about 40% of the cases, and these companies had higher scores for diversity. The study suggests that companies that fail to pay attention to diversity on their boards, in their senior leadership and in their employees are missing important opportunities for increased revenue, which could be as much as 13% or so.

To break things down a bit further, BCG calculates that boards can increase their revenue by 1% by increasing diversity on their management teams. Corporations that are willing to increase diversity related to national origin may experience increased revenues of about 1.5%. Companies may expect an increase of 2.5% when expanding the number of women on their boards and within their senior leadership. The percentage grows by adding diversity at the management level, with the potential for about a 3% increase in revenue. Corporations that press for increased diversity on all levels could reach even higher percentages of increased revenues.

Linking Board Diversity and Performance

A couple of other interesting, notable and perhaps surprising facts came out of the BCG study. Globalization and technology emerged as additional factors in revenue growth. The study showed that the impact of diversity was highest for companies that had a high focus on digital innovation. The impact of digital technology was measured as a proportion of digital investment to operating expenses. This is certainly an area to keep an active pulse on, as its connection to diversity has the strong potential to magnify innovative efforts exponentially.

The other surprising nugget of information yielded from the study was that companies that had significant operations and interests in multiple countries had a stronger connection between board diversity and performance. The range of countries that took part in this study painted a picture of how the development of countries also had a major impact on the connection between diversity and success. Here's what the study showed:

Corporations can gain much valuable information from this study. Fairness in employment practices, when applied to every level of employment, helps companies succeed. In addition to paying stronger attention to diversity, companies can help themselves by also incorporating digital technology into their operations and looking at the possibilities for global expansion. The first place to start is to add digital technology by way of Governance Cloud, a suite of software solutions for boards of directors by Diligent Corporation.

Despite differences in economic development and in the business culture in various countries, all countries can benefit by adding diversity to their ranks.