Increasing Diversity Among Leadership and Boards 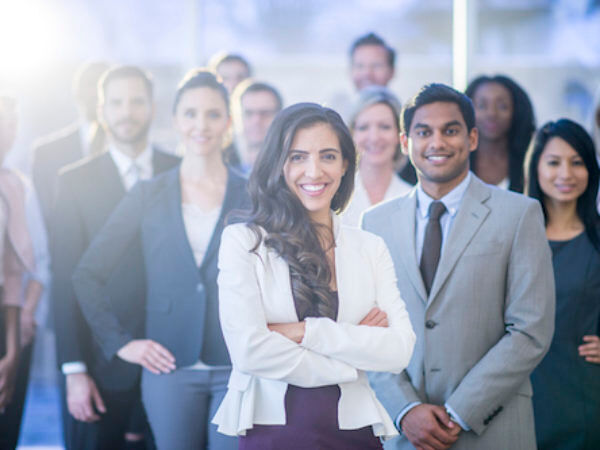 The issue of diversity among leadership and boards is one of the hot governance topics of today. On the whole, it's an issue that people rather enjoy engaging in discussions about. While many people support diversity and inclusion in theory, to date, it's not happening so much in practice. People tend to resist change. It's uncomfortable. We don't like facing uncharted territory. Increasing diversity among leadership and boards requires shaking things up a bit. That takes courage and determination.

The good news is that we can take some pointers from a couple of courageous leaders from organizations that are taking distinct steps to practice what they preach. The better news is that modern governance technology can be a great support in the efforts toward increasing diversity among leadership and boards.

Leadership and Boards: Reflecting the Needs of Those They Serve

The lack of diversity is especially apparent in organizations that serve mostly people of color, such as in education. It's impossible for boards with little or no diversity to perform optimally. They simply lack the skills and perspectives to develop solutions that address the needs of their intended population.

As the saying goes, talk is cheap. Here's how a couple of organizations took steps to turn good intentions into solid action.

The new leaders also took note that the company's governance principles were based on diversity, yet the company didn't reflect those principles overall. In taking stock of their employees, they noted that diversity was apparent in entry-level positions, yet it was barely reflected in leadership positions.

They took quick action by forming a committee tasked with the goal of taking steps to assess diversity across the ranks, measure it and form a plan to increase it across the board so that employee and leadership composition better reflects their corporate culture.

The team set as their first goal to increase gender diversity within the C-suite and functional leadership positions from 25% to 50% by the year 2025. Their second goal is for women to hold 30% of biopharma board-level positions by 2025. As they lack data regarding types of diversity beyond gender, the team is currently benchmarking diversity related to ethnicity, gender, sexual orientation and race. They're taking that step by surveying their peers' approach to increasing diversity.

In still another step, they launched The Right Mix Matters campaign with the intent of accelerating diversity on biopharmaceutical corporate boards, in C-suites and in functional leadership positions.

The lack of diversity is especially prevalent in nonprofits that serve communities whose residents are primarily people of color. About half of students are African American. The percentage is higher in urban communities that are struggling with socio-economic issues. Nonprofits and other organizations need leaders who reflect the diversity of those they serve.

Koya Leadership Partners partnered with a nonprofit called Education Pioneers to conduct a comprehensive survey of educational organizations to gain a better understanding of diversity in educational leadership. The groups presented their findings and recommendations for advancing diversity in a report entitled, 'From Intention to Action: Building Diverse, Inclusive Teams in Education to Deepen Impact.'

Their survey concluded that 98% of the organizations surveyed indicated that they supported diversity. However, only 33% of them described diversity as a core value and only 31% had an official definition of diversity. Only 26% of the respondents said that they had a budget for diversity-related initiatives. In many cases, senior leadership sorely lacked diversity.

As Biotechnology Innovation Organization and Koya Leadership Partners demonstrated, many companies and organizations have a major gap between their intentions on improving racial and ethnic diversity and taking some type of measurable action to that end. Real improvement will require more companies following in their footsteps, which will require making diversity a strategic priority and aligning some strong resources behind it.

Both organizations share some similarities in their recommendations for some first steps toward transforming intentions into actions.

Assess the current level of diversity at all levels of your organization. Set some targets and identify steps to achieve them.

After aligning your recruiting practices with your strategic plan, review your recruiting strategy so that it puts you on pace toward achieving your diversity goals. Identify diverse pipelines such as digital software solutions.

By forming a culture of diversity at all levels of the organization and cultivating leadership talent from within, a diverse group of leaders will rise to the top organically.

While it's important to develop and cultivate leadership from within, it's also important to search for the best in leadership talent outside the organization. Digital tools like the Nominations tool by Diligent Corporation help to narrow down the best candidates in record time.

Diligent Nominations is the most streamlined tool for searching for board director and executive talent by digitally sorting through over 125,000 professional profiles. Sort your top picks according to their skill sets and diversity demographics. Let the tool help you navigate to the shortest path to connect with them so your nominating committee can make quick decisions to narrow the list of viable candidates quickly. With information from over 5,500 companies over 24 global markets, the best talent is literally at your fingertips. It's the best way to turn good intentions into even better actions.