What Tools Can a Board Use to Improve Diversity? 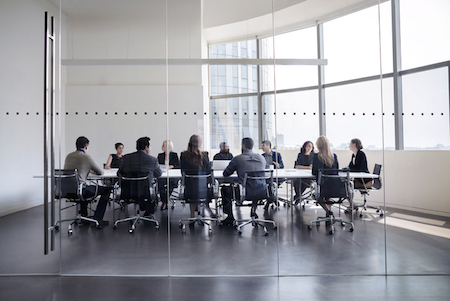 Diversity on the board and within the organization has great benefits because it brings innovation and creativity to the company, which leads to stronger, more successful companies. More diverse groups process facts more objectively and make better decisions than homogenous groups. Diversity is about more than gender, age, race and ethnicity. It also factors in expertise, experiences and diversity of thought.

Boards can be well intentioned in building a diverse board and still miss the mark. We all have personal and professional biases. Digital tools can help us leave bias in the rearview mirror and be more objective in recruiting and selecting candidates.

A structured interview process is a tool that many recruiters overlook. Sometimes our gut instincts are valuable and spot-on. Other times, they lead to nothing but bias and subjectivity. By having a structured, unbiased interview process, you're making decisions based on similar data and facts.

Create a similar set of questions for each position for which you want to appoint or hire someone. That doesn't mean that every interview should be conducted in exactly the same way. It merely means that you need a baseline of questions as a means for evaluating all prospective candidates. In this way, you'll end up with a comparable set of data to analyze. All things being equal, the gut instinct is the backup plan.

Johnny Campbell, a talent recruiter and speaker at HIREconf in New York, states, 'Bias can thwart diversity at every step of the hiring process, from recruiting, screening and interviewing to assessment and onboarding.' He added, 'But there are tactics that can help increase equal opportunity at each stage.'

Some people are guilty of having bias and try to justify it if they're confronted with it. While bias is a natural temptation, even the best of us occasionally make unconscious decisions. Having awareness of bias makes it easier to overcome.

Campbell released some interesting statistics in an internal report for Hewlett-Packard, which he reported in a 2014 Harvard Business Review story. He found that men applied for positions where they felt they met only 60% of the criteria for the job. On the other hand, women were more likely to only apply for jobs where they felt that they met 100% of the criteria. Campbell recommends leaving out arbitrary requirements for certain positions such as exactly how many years' experience they need. Often the difference between four or five years' experience is negligible.

In a study that was published in the Proceedings of the National Academy of Sciences, male and female hiring managers consistently rated male candidates as more qualified and competent than identically qualified women candidates for STEM positions (science, technology, engineering and math). In this study, hiring managers were given the exact same resumes for a lab manager position, labeled with randomized male or female names. Managers who thought they were looking at male resumes rated them more highly and stated they'd like to mentor them. Campbell points out the unfairness in companies' unwillingness to provide such training for women.

You might consider giving bias training to nominating and governance committees or others who participate in hiring. As another tool, when evaluating resumes and applications, delete or mask the names to take gender out of the equation. You could also number the resumes and evaluate them based on criteria alone. Boards that are looking to add women may want to have mostly women in the final rounds of their selection process.

A 2016 Harvard Business Review study, which was based on the University of Colorado's Leeds School of Business, showed that if a hiring manager was faced with choosing from among three female and one male candidates, there would be a 75% chance that the final selection would be a woman. Conversely, among a slate of two men and two women, women had a 50% chance of landing the job. Of a slate of three men and one woman, the woman had almost no chance of being chosen because it placed her in the position of being a token.

Corporations can use tools to improve diversity by structuring a high-quality, consistent interview process, getting bias training and masking gender. Beyond that, companies can use software solutions to take a granular approach to improving diversity on boards.

Nominating committees of today rely on analytics and artificial intelligence to attract the right candidates and have a means for contacting them before other companies get the same chance. Committee members need the help of digital solutions that revolve around data so they can target the best candidates. Technology, like Diligent's Nom Gov tool, take the inefficiencies and guesswork out of the board recruitment effort. Getting top board candidates leads to smarter board director appointments and wider diversity on the board.

With the Nom Gov tool, committees can leverage the same information about board candidates as proxy advisors, shareholders and private activist investors. There's little concern over bias because committees can use the program to do a granular online search by experience, region, sector, discipline and more. In just a few clicks, the program sorts through over 125,000 biographies of board directors and executives. Your search spans 5,500 companies across 24 global markets and 40 indexes.