How Are iPads Being Utilized in the Boardroom? 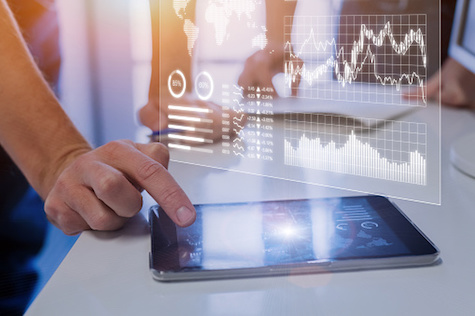 In 1996, Palm Computing introduced a personal digital assistant, or PDA — a device that revolutionized how board directors managed their schedules. Board directors and business people relished the idea of being able to track their contacts, write notes and sync it all to their desktop computers on the device that more commonly became known as the Palm Pilot. As if all that weren't enough for the time, the greatest feature was its size; it could fit in the palm of the hand or be tucked away conveniently in a shirt pocket.

As smartphones decreased in size, they incorporated all of the features of a Palm Pilot and more. While it was great that smartphones became smaller, that also meant that their screen sizes were smaller, making it difficult for people with large fingers or poor eyesight to use all of the amazing apps and features.

iPads, on the other hand, are like having a computer on the go. There are a lot of reasons for board directors to love iPads. The larger screen makes it easier for them to read documents. It's easier to see videos on them than on their smartphones and the batteries usually last longer. Using an iPad gives board directors all of the best features of a laptop and a smartphone combined into one, handy-size device.

iPads have the bandwidth to manage numerous apps. The most useful apps for board directors are Diligent Boards and Diligent Messenger, board governance management software solutions where boards can communicate and conduct board business using a secure platform.

Why iPads Became the Palm Pilots of Today

One thing that hasn't changed with electronic devices inside the boardroom is that board directors still have many details to keep track of. Technology makes it possible for some board directors to travel less than they used to, but the iPad allows them to leave the laptop at home.

iPads are smaller than laptop computers. They take up less space on the table, leaving room for other materials. Rather than dragging a laptop out of a case and wrestling with bulky cords and trying to find an outlet, directors can discreetly set their iPads on the table in front of them and turn them on.

The online keyboard is a nice feature of the iPad. Directors can disable key click sounds to avoid unnecessary distractions. The keyboard also has many other features, such as auto-correction, spell-check, smart punctuation, split keyboard and shortcuts. Outside the boardroom, board directors can forgo the keyboard altogether and use voice dictation.

Apps for calendars and contacts sync to smartphones, laptops and other devices, just like the Palm Pilot of yesteryear.

In fact, iPads are so useful in boardrooms that some boards pass out iPads to board directors as they enter the boardroom. Others have iPad systems built right into the table, with a mechanism that raises iPads when the board needs them and lowers them under the table when they're not in use.

iPads Are a Useful Tool for Sharing Documents Safely

Online and wireless keyboards give board directors the option of typing information. The technology of Diligent Boards, combined with iPad technology, also makes it possible for board directors to use longhand notes for marking up documents. They can scribble notes, draw lines or arrows, circle things or highlight various sections of PDF documents. Directors can share documents with or without their markups.

With more than 725,000 apps and growing for the iPad, board directors have thousands of reasons for carrying an iPad to board meetings. Some corporations find it helpful to have their visitors sign in using a tablet. Corporations also set up iPads outside boardrooms so that board directors can formally record their attendance before they enter the boardroom. This is an accurate and efficient way to record board attendance.

The Apple Store has a host of apps for business people, including apps for note taking and document sharing. Many of these apps were designed for general public use and lack the level of security that's necessary for the confidential, sensitive information that boards of directors frequently share. Diligent Corporation's mobile apps were designed with the same high level of security as the laptop versions.

Diligent Offers iPad Apps Designed for Needs of Board Directors

Just as a carpenter chooses the correct tool for the purpose, apps work best when people use them for the purpose for which they were designed. Diligent Corporation appreciates the ease and convenience of using iPads in the boardroom. With Diligent Boards, board directors can effectively bring their board portal into the boardroom with them. Board documents will be at their fingertips throughout the meeting. Board directors can use Diligent Messenger to send messages to the board chair, corporate secretary or other board directors during the meeting in real time, so meetings are faster and more efficient.

Board directors who sit on more than one board can use the same Diligent apps to access board portals for different boards with one log-in.

As with any new boardroom device, board directors are wise to practice good iPad etiquette in the boardroom. It's acceptable to lay your iPad down in front of you. It's also acceptable in most places to use an iPad stand that holds the iPad vertically and horizontally.

While it's great to have access to thousands of apps, don't let them be reason to distract you from the meeting. Refrain from burying your face in your iPad. Make a point of maintaining eye contact with the board chair and the other directors. Certainly, avoid playing games, chatting with others outside the meeting and checking emails during the meeting. Save that for your own time. Turn off the clicking sounds on your keyboard even if you don't think you'll be using it during the meeting.