The Technology Boards Can Use to Improve the Board Recruitment Process 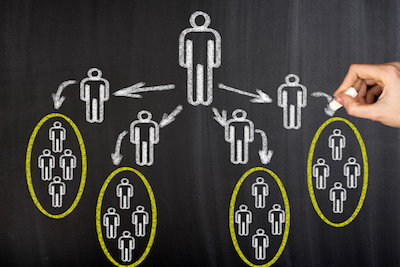 Best practices for board recruitment have evolved in various areas over the last decade. Today’s boards are supposed to account for more women directors, other types of diversity and independence. Beyond that, there’s a push for increased efforts for proactively addressing board recruitment and succession planning. Board directors also need to figure out how to get the necessary cybersecurity expertise on their boards. Another new concern is overboarding, because of the increased pressure on boards to improve their performance. Nominating and governance committees and succession planning committees are carrying more responsibilities around the board recruitment process than they have in the past. The suite of tools that comprise Governance Cloud is of great assistance to committees in fulfilling their responsibilities.

There’s been a huge global movement toward increasing gender diversity on boards. Companies in the top 25% for gender diversity in management positions were 21% more likely to have profits that were above-average, according to a report by McKinsey & Company. A report by Credit Suisse showed that corporations that employed larger numbers of female executives had higher returns on their investments. Their report also showed that corporations with more women leaders were more skilled than those with all-male leaders at risk mitigation, crisis management and dealing with critical issues. Women executives also reported fewer tendencies to show favoritism in group settings. These are just some of the reasons that proxy firms are also encouraging gender diversity on boards. From a global perspective, other countries have taken the lead over the United States in requiring gender diversity on boards. The lone exception to date is the state of California, which is the first state to pass a law requiring corporations to have women on their boards. Senate Bill 826, Women on Boards, was signed into law in 2018. As of January 1, 2020, all publicly held domestic or foreign corporations whose principal executive offices are located in California must have at least one female director on their boards.

Technology Will Make the Issue of Board Refreshment Easier

Boards with multiple directors that have overly long tenures usually fail to serve their positions effectively. Boards that fail to address board refreshment pose unnecessary risks to the oversight of their companies. New best practices favor regular board refreshment. As a result, it’s getting more difficult to justify long tenures on boards. In the United Kingdom, the UK Corporate Governance Code reports that board directors lose their independence after they’ve served nine years as the director of one board. Experts believe that long-term board directors either become too close to management or they become too defensive as a result of losing their objectivity. US corporations are still struggling with how to find the right balance of attracting nominees that bring contemporary skills and keeping tenured board directors on who can teach the ropes to newer board directors. Best practices for board refreshment reflect a healthier balance between new skills and board experience.

Succession planning is part of a board’s duty of care. With an eye on board refreshment, many companies are finding that it’s prudent to take some proactive steps to prepare and train their current employees for opportunities for growth and advancement within the company. According to a report called “Leading with Intent,” only 34% of boards have a written succession plan. Boards need to be careful not to rely on emergency succession planning, but should have a plan for it. Proactive succession planning ensures strong leadership and sustainable leadership.

Finding a Solution to Director Overboarding

Tapping the Expertise of a Cybersecurity Expert

Advances in technology have certainly opened up doors for cybercrime. They’ve also opened new paths for board directors to use software solutions to boost security efforts and streamline their operations. Most board directors acknowledge that they’re not nearly as knowledgeable about cybersecurity as they wish they were or need to be. Boards need access to a cybersecurity expert who can explain all the complicated technical terms to them in ways they can understand. Cybersecurity experts will be instrumental in helping boards create a culture of cyber-awareness and develop a solid response plan in the event of a data breach.

In anticipation of all the changes in best practices for board composition, Diligent Corporation designed a tool called Nom Gov to assist boards in streamlining and improving the process for succession planning. Nom Gov helps boards with all the important issues like addressing board refreshment, increasing diversity, adding cybersecurity expertise and preventing overboarding. Data and analytics can greatly cut the number of hours that boards spend researching potential board recruits. Nom Gov brings the profiles of over 125,000 board directors and executives to committee members. The tool helps committees analyze director interlocks by individual and company and helps find the shortest path for boards to connect with candidates. With just a few clicks, committees can pull up candidates from over 5,500 companies from 24 countries and 40 indexes. Nom Gov offers a modern approach to governance because it empowers leaders with the technology, insights and processes to fuel good governance.