The Keys to Successful Board Refreshment 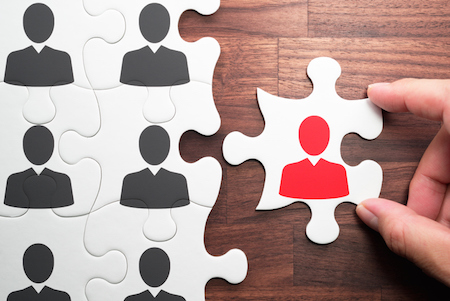 As the financial markets continue to try to rebound from the financial crisis, there continues to be a heavy focus on best practices for board composition, succession planning and board refreshment. In looking at the most recent trends, the continued pressure to increase the number of women and minorities that serve on boards of directors seems to be having an impact in some respects. According to the latest Spencer Stuart report, of the 432 new independent board directors who were appointed in 2019, 59% of them came from diverse populations. This percentage represents an increase of 50% from the prior year. There are clear signs that companies are taking minority and non-minority women, as well as minority men, into serious consideration as they recruit board candidates and participate in succession planning. In addition, there was also a slight increase in the number of independent board directors. In 2019, 46% of the newly appointed directors were independent board directors. This number is up from 40% in 2018. Overall, board refreshment isn’t occurring as robustly as shareholders and activists would hope for. As some trends begin to pave the way for board refreshment, boards and their nominating committees can look to best practices for successful board refreshment and take a modern governance approach to board refreshment by using digital tools for director candidate searches.

Board Refreshment Is Trending Slowly

Despite the pressure on boards to refresh their boards often, the rate of boardroom turnover has been slower than anticipated. Just under 30% of boards didn’t make any changes to their list of independent directors. Perhaps it is even more surprising that only 15% of boards reduced their total number of board directors and chose not to add any new seats. New board directors represent only 8% of all S&P 500 board directors, which tells us that changes to overall board composition are growing at a snail’s pace.

Within the last year, 392 independent board directors left S&P 500 boards. Their average age was 68.7 years and their average tenure was 12.3 years. Around 60% of board directors retired when they were 70 years old or older. Currently, 71% of S&P boards have set a mandatory age for directors and there’s been no change in that percentage for the last six years. The survey shows that more companies are allowing older board directors. Of the S&P 500 companies, 46% set their retirement age at 75 or older. That number is up from just 15% 10 years ago. More than 75% of independent board directors who left S&P 500 boards in 2019 left boards that had mandatory retirement ages. Of that percentage, 41% of board directors reached or exceeded the age cap. The survey also showed that not all board directors served in their position until they were required to retire. Of the S&P 500 boards that have caps, only 15% of the directors left their positions within three years before they were required to. The average age of those directors was only 63 years of age.

Best Practices for Board Refreshment

Nominating committees have a tall order before them as they work to continue increasing independence, gender diversity, ethnic diversity and refreshing their boards. Boards that set goals to keep their boards refreshed and are actively seeking the best board composition to serve the company now, and in the future, will be a step ahead of the game. In addition to having a solid awareness of board composition, board self-evaluations, attention to overboarding, and succession planning will have an impact on board refreshment. Annual board self-evaluations will help nominating committees to determine whether the current cadre of board directors has the skills to meet the board’s needs over the next several years. Around 98% of boards are doing board assessments, so it makes sense to make use of that data. While regulations require boards to do annual self-evaluations, about 44% of S&P 500 boards stated that they are also doing individual board director self-evaluations. This percentage represents an increase from 38% last year. Just as boards need to consider the advantages that gender, age and ethnic diversity can bring to their boards, they need to change the way that they’ve long thought about succession planning. As new board directors accept positions on a board, nominating committees should advise them that despite how things have been in the past, they can’t necessarily expect to be re-nominated. In fact, they can more likely expect not to be re-nominated, as the nominating committee will be focused on refreshing the board. Moving forward, long board director tenures may be more the exception than the rule. In the near future, the needs of the organization will weigh heavier than tradition. Diligent’s Board Assessment Tool is the modern governance approach to board refreshment and quality succession planning. Evaluation results will indicate which board directors lack the proper skills and expertise to take the company into the future successfully. In addition, NACD and Diligent Corporation have partnered to create Nom Gov, another digital tool that brings thousands of global and diverse profiles of board directors and executives to their fingertips. This valuable tool enhances succession planning by showing your board’s skills and expertise in relation to those of industry peers to gain insight about combined strengths and weaknesses. The tool will inform the quality and efficiency of board discussions by providing up-to-date intelligence and profiles on companies of interest. Best practices for board refreshment and innovative software solutions are the best combination of strategies for successful board refreshment.