How to Handle Interlocking Directorates 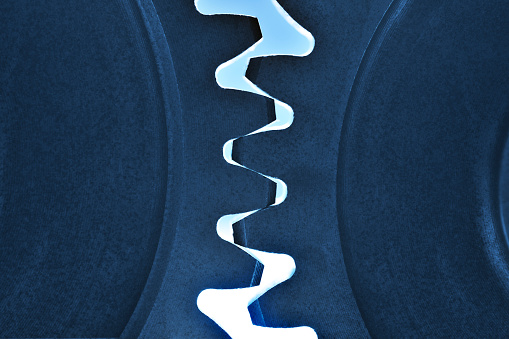 What Is the Clayton Act?

Determining Violations of the Clayton Act

The FTC and the Department of Justice (DOJ) can bring antitrust allegations to the forefront. It’s also possible, although less common, for a state attorney general or private party to bring forth an antitrust suit. Antitrust laws state that for violations of antitrust to occur, two corporations must be engaged in commerce and be in competition with each other by virtue of their type of business or location. Other requirements of antitrust laws are that there’s an agreement between them that’s staged to eliminate competition and that one person is serving as an officer or director of both corporations.  Case law has further defined interlocking directorates. Lawsuits have more clearly defined the elements of a Section 8 violation, and determined what the nature of competition looks like and how to clearly define affected directors. Just because two corporations don’t have any legal issues with each other doesn’t excuse an antitrust violation. Companies operating in different states within the U.S. can be party to antitrust violations. Antitrust violations can also exist between U.S. corporations and foreign corporations under the right circumstances. Antitrust laws factor that corporations must have a certain level of capital, surplus and undivided profits that change every year. The threshold changes based on changes in the gross national product.

How to Handle Interlocking Directorates

There are several ways to resolve interlocking directorates. Most commonly, boards decide to eliminate the interlock in some form. Boards may decide to eliminate a board seat that creates the interlock. During investigations, federal agencies may require officers or directors to resign or directors may voluntarily or involuntarily resign from the board. The resignation of a board director may not be enough to prevent an antitrust violation because of the concern over another director filling the seat that causes the same problem. They may also decide to set provisions for prior notification or approval in relation to appointing future officers and directors. When corporations can’t resolve an antitrust situation, the federal courts may become involved. Antitrust agencies or private plaintiffs may obtain an injunction that eliminates the interlocking directorate. Judgments usually consist of preventing corporations from forming future interlocks by eliminating board seats that have the potential to create an interlock. To prove their case, plaintiffs must prove that there is the potential for a recurrent violation. An example of this is the Borg-Warner case. The Federal Trade Commission (FTC) became alerted to a situation in which board directors served on the board for Borg-Warner and its competitors working in the automotive parts industry. The FTC obtained a court order preventing Borg-Warner and Bosch U.S. from having interlocking directorates for a period of 10 years. The case was eventually overturned when Borg-Warner sold its automotive parts business because the court decided that there was little or no potential that Borg-Warner would re-enter the same industry. The court ultimately decided that the FTC hadn’t met its burden of proof that a violation was likely to reoccur. Antitrust violations may also occur as a result of mergers, partial acquisitions or private equity portfolio company holdings. The easiest way to prevent an antitrust violation under these circumstances is to restructure the deal in such a way as to eliminate the interlock.

Retiring executives often look forward to a life of board directorship in the final stage of their careers. For most, it’s an easy transition that comes with many posh benefits and perks. If accepting a position on one board of directors is good, accepting a position on two boards is even better. As even more offers come in, what started out as an easy gig begins to encroach more and more on retirement time. At some point, the question becomes, “How many boards are too many to serve on at one time?” As the economy changes, the workloads and responsibilities for boards have increased. Those who’ve worked in and around the financial marketplace for many years are starting to feel that old mindset of serving on multiple boards just isn’t appropriate or productive for today’s world. In particular, shareholders and other watchdogs are pondering how many boards are too many for one director to serve on and still be a productive member of each board. The thought that serving on too many boards doesn’t allow them enough time for them to do their jobs well is gaining in popularity. Consider that board directors are expected to prepare well for regular meetings and allow time to attend board meetings and committee meetings. In addition, there are always time constraints with squeezing in last-minute meetings and emergency board meetings. Diligent’s Self-Assessment tool is a viable way to assess whether board directors serving on multiple boards are performing up to par. According to the Institutional Shareholder Services (ISS), the average amount of time that they expect board directors to put into their jobs is about 300-350 hours per year for unregulated companies. Board directors of regulated companies should expect to allow for even more time because of the need for extra diligence in oversight and extra time for engaging with shareholders. The National Association of Corporate Directors (NACD) reports that the average time commitment for board directors has grown by 46% between 2005 and 2014. Overall, the pressure is on for board directors to serve on fewer boards and to give those boards the commitment they deserve. Having an awareness of interlocking directorates will help prevent federal investigations and expensive court battles. Most importantly, putting a cap on board director service will help preserve healthy corporate competition.