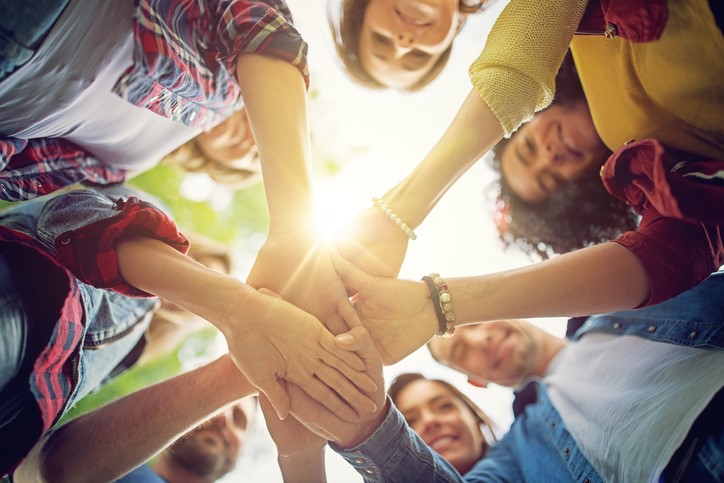 Donations and volunteerism at the global level can make a dent in big problems like economics, food supply, health, and the environment. By contrast, citizen involvement at the community level makes a palpable difference in the lives of the people that live there. Community citizens are better able to identify their own needs and work together to better life for themselves, their neighbors, and their children.

There are no shortages of issues at the community level. Major issues at the community level are protecting the environment, safety, health, education, and quality of life. The nation's economy has created a number of challenges for municipal governments. While residents strive for the best quality of life, they're faced with growing student loan debt, reduced wages, increased rents, rising insurance costs, and the aftermath of the Great Recession. These issues are hitting the up-and-coming millennial generation squarely as they enter the career force.

Much of the talent that communities need to create strong communities lies right within their own neighborhoods'knowledge, passion, creativity, the quest for sustainability, and a holistic perspective. Municipal government officials can enhance the enthusiasm of their local citizens and their willingness to get involved by adding full-featured municipal government software. Digital software goes a long way towards keeping citizens informed and holding their elected officials accountable.

How One Community Is Working to Rebuild a Strong Community

Few small towns understand how quickly a town can enjoy prosperity and have it crash overnight than Rantoul, Il. In 1917, the federal government established Chanute Air Force Base in Rantoul (about 130 miles south of Chicago) shortly after World War I began. In 1938, President Roosevelt invested $13.8 million in Chanute Air Base to build one of the finest military technical training centers in the country.

When the base closed in 1993, Rantoul lost half its population literally overnight, along with over $100 million in commercial spending. Current Mayor, Chuck Smith, described it like 'rats abandoning a sinking ship'. Shops and restaurants closed, and housing values decreased, leaving economic devastation in its path. The village quickly fell victim to labeling itself by its deficiencies'poverty, homelessness, non-English speaking, at-risk youth, disabilities, offenders, and addicts.

Under Smith's leadership, filling the needs of the community allowed them to focus on the community's strengths rather than their vulnerabilities. New Village Administrator, Scott Eisenhauer, stated that his first job is 'to help the community believe in itself.'

Mayor Smith believes that the citizens will see the benefits of their town by tapping into the community's strengths and pulling in the same direction and bringing common issues like safety, welfare, and education as a means for uniting the small community. The staff at the Multicultural Community Center of Rantoul has worked with village officials to begin work on programs to connect the Hispanic population with the rest of the town. A sense of inclusion sets the stage for the enjoyment of connection and contribution.

Smith also created the Rantoul Economic Development Advisory Committee which is composed of citizens and local business owners who will work on a plan for the type of community they'd like to see and attracting the type of businesses they'd like to bring into the community.

The town has made use of the airstrip for events such as autocross, driver's training, Boy Scout Jamborees, and Half Century of Progress Show. In recent news, the World Championship Punkin Chunkin contest, which began in 1854, will be relocated from Delaware to Rantoul, IL in the autumn of 2019. The large tract of land at the former Chanute Air Force Base and the hospitality of the people were cited as reasons for relocating the event.

Rantoul's mayor seeks to bring the citizens together and get everyone on the same page with a new vision for the town's future that honors the past and embraces the future.

With iCompass' Meeting Manager Pro, municipal governments can eliminate manual tasks and save time and money by eliminating labor-intensive, paper-based processes. The program provides a public, electronic platform with a centralized space for the most updated agendas, council meeting minutes, records, and time-stamped video recordings of council meetings that municipal government can share on a Transparency Portal as soon as documents are made available to the public.

Municipal government software provides an easy-to-use, accessible platform that offers a consistent, reliable experience for citizens, which will motivate them to become more actively engaged. Citizens have access to the site 24/7 every day of the year, even on holidays. For added convenience, citizens can access their municipal government website using all modern electronic devices. iCompass software empowers local government staff and their citizens with the digital tools they need to turn their primary focus towards key community issues.

Council members enjoy the convenience and accuracy of digital voting and the ability to make markups and annotations on reports and other documents digitally. They can also approve documents using digital signatures.

Advanced technologies that are geared towards the needs of local governments transform operations in a changing digital landscape. Having public access to municipal government information turns change into opportunity. Council members get more visibility and insight from citizens and start so that they have the information they need to innovate and make better decisions. iCompass municipal government software supports the notion that local governments make the best progress by developing a true working partnership with their citizens.