How Boards Should Approach Technology Disruption 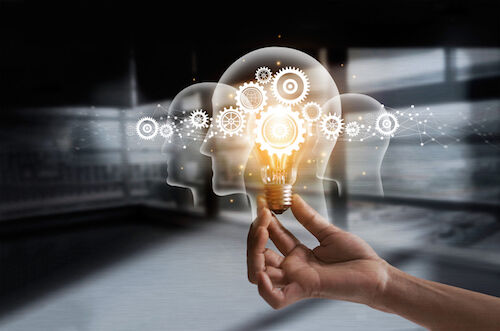 We live and work during a time of technology disruption, which puts more pressure and all eyes on the board of directors. For that reason, boards should have their eyes on all things, especially whatever the future is going to bring. Lots of issues should be prioritized on board agendas, including establishing a data governance framework, cyber risk, emerging trends, adapting to changes in the marketplace and monitoring the global marketplace. For companies to make progress and to be sustainable, it's necessary for boards to place technology disruption and developing new business models higher up on their list of priorities.

In essence, it's a prime time to change the discussions in boardrooms and to focus on the potential for market disruption and innovation.

It's one matter for boards to recognize the reasons that they need to make innovation a strategic priority, it's another to try to dissect what that means and to figure out the best way to navigate things moving forward. Companies all have a place when it comes to market positioning. They can be a disruptor, respond to the disruption, or do a little of each. Not responding in any way means that the company will likely be left behind.

Risks of Not Focusing on Innovation

In considering their risk management programs, one of the things that many companies are overlooking is the risk of maintaining the status quo. Companies that do one or two things and do them well could be put out of business overnight. A multitude of things can disrupt the strongest company.

Consider how ride-sharing services such as Uber and Lyft have negatively impacted the taxi, limousine and public transportation industries. Similarly, Airbnb, VRBO and HomeAway have disrupted the hotel and travel industry. Crowdfunding, the Internet of Things, artificial intelligence and virtual reality are just a few other issues that have major potential to disrupt companies and entire industries.

Examples of Companies That Missed Opportunities for Innovation

If we take a look at the not-too-distant history, we can see that it provides us with plenty of examples of how a company quickly rose to the top as a leader in the industry and then fell hard because it got too comfortable with the status quo. The reality is that any company can have a good ride, maybe even a good long ride. Truly innovative companies adapt to changes and ride out the storm until they can adapt and overcome the disruption and remain on the top.

The following examples demonstrate how innovative brainstorming in the boardroom may have produced better outcomes for the following failed businesses.

In 1985, Blockbuster quickly became a staple in most shopping centers with their movie and video game rental services. At its height, Blockbuster had 84,300 employees working in its 9,094 retail stores around the world. The video giant was unable to transition to a digital model and filed for bankruptcy in 2010. Blockbuster had an opportunity to move toward a digital model when industry newcomer Netflix offered up their company to Blockbuster for $50 million. Blockbuster's CEO declined the offer, citing that Netflix was a very small niche business that was also losing money at the time. Netflix quickly overcame the disruption of customers switching to digital movies. As of 2017, Netflix had 103.95 million subscribers across the globe and produced revenue of $48.8 billion.

At one time, Kodak was the largest film and camera company, with a history dating back to 1889. As digital cameras entered the market, Kodak was hesitant to convert its products to digital models out of fear of losing its largest line of business. In the meantime, Canon, one of Kodak's largest competitors, launched new lines of digital cameras that quickly became hot sellers. As Canon pulled ahead in the marketplace, Kodak fell behind, and the company eventually went bankrupt in 2012. After reorganizing, Kodak reemerged as a smaller company in 2013, and they now focus primarily on commercial customers.

Music buffs are sure to remember Tower Records, which opened its doors in 1960. Tower sold compact discs, cassettes, DVDs, video games and toys. Unlike Blockbuster, Tower made a move toward digitization when it launched Tower.com in 1995. While that was a strong move in the right direction, the board of directors at Tower were unable to contend with new issues like music piracy, and new digital or live-streaming businesses like iTunes, Spotify and Pandora. A large debt-load took them through a bankruptcy in 2004.

These companies provide just a snapshot of companies that, if they'd focused more diligently on the future, might still be in business today.

A common mistake that boards make is spending too much time during board meetings on reviewing where they currently are and celebrating short-term successes. To become a competitive force to be reckoned with, corporate boards have to spend the bulk of their meeting time on identifying disruptors in the marketplace and deciding whether to change their product offerings or respond in some way to the disruption that other companies are causing.

True innovation means focusing on the white space, or the place where products don't yet exist, because that's where disruptions are likely to surface. Sonya Sepabahn serves on the board of directors for Genomenon and Cooper Standard and shares some sage advice about focusing on the future. Sepabahn suggests that boards should be asking their management teams the following five questions at a minimum:

Corporate governance is evolving in response to changes and challenges in today's marketplace. Corporations that hold tightly to the principles of good corporate governance have a greater chance of long-term success. Modern companies need a modern approach to governance. Diligent Corporation is innovating board management software products in response to the need for boards to be forward-thinking, to analyze industry trends and to be leaders in creating products for what is now white space. Innovation has to be an ongoing conversation regardless of how well the company is doing. If management teams aren't focused on it, boards need to keep pressing them for the right answers to the right questions.