The Importance of a Social Media Strategy for Your CEO 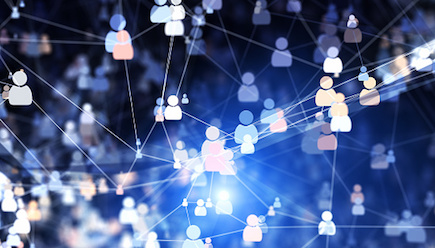 Holding the highest position in management, CEOs have long been the voice of the company. When they speak, people on every level tend to listen. When CEOs talk publicly about corporate matters that are normally reserved for the boardroom, the Securities and Exchange Commission (SEC) listens too.

The role of the SEC is to protect investors; to maintain fair, orderly and efficient markets; and to facilitate capital formation. When the CEO of a major, innovative automobile corporation took to social media to mention some potential major shifts in the company's financial strategies, the SEC shouted back with an investigation into the CEO's actions and the board's lack of response to his actions.

The recent incident has board directors buzzing about how to oversee public statements in the era of high tech.

Tesla CEO and Board Chair Tweets Himself Into Trouble

The situation came to a head when Elon Musk, board chair and CEO of Tesla, sent out a few tweets in early August about taking Tesla from a public company to a private company. He noted that he'd already secured the funding, and that shares would go at $420.

The SEC started an investigation in short order, alleging that Musk's tweets had disrupted the market. In late September, the SEC charged Musk with securities fraud. Musk settled the case just two days later when he agreed to their settlement conditions. The SEC claims that its goals for the settlement were to strengthen Tesla's corporate governance structure and provide additional oversight to protect its investors. Here's how it played out.

The SEC fined Musk and Tesla $20 million each in penalties. The fees will be distributed to harmed investors and the distribution will be overseen by a court-approved process.

Musk was forced to relinquish his role as board chair but got to keep his position as CEO. Once his current CEO term ends, he will not be able to run again for the position for another three years.

The SEC noted that while the board didn't have procedures in place to monitor Musk's social media accounts, Musk had filed an 8-K form with the SEC in 2013 to inform the shareholders that he intended to be tweeting corporate information.

As a heads-up for other corporate boards, the SEC claims that Tesla didn't have disclosure controls or procedures that would ascertain whether Musk should have disclosed the nature of his tweets in Tesla's required reports regarding the Exchange Act within the proper time periods. The SEC also criticized the board for not having sufficient processes in place to ensure that Musk was putting out accurate or complete information to the public via his Twitter account.

How Should Corporate Boards Respond to CEOs Who Use Social Media?

A corporate board of directors is responsible for oversight of management and all that falls under management's responsibility. When senior executives speak publicly, the board should be aware of the format, content, timing and voice, even when the public speech is posted on social media channels.

The heart of the question speaks to exactly how do they do that?

Managers at various levels monitor the social media sites of their employees. They're looking to see how employees speak about the company, whether they took time off from work for valid reasons, and to monitor for illegal behavior on or off company time. The messages that senior executives deliver about corporate happenings are even more important to the success and viability of the corporation.

We have only to look at some basic generational differences to see why this issue is coming to a head. The average age of board directors is about 60, which clearly places the majority of board directors in the Baby Boomer generation. Musk is 47 years old, which places him in Generation X. Gen Xers and Millennials will be the next generation of board directors, and they're already strongly acquainted with the benefits (and deficits) of social media. The social media questions are bound to be the subject of a continual conversation in the coming years.

We may be at a point where there needs to be some roundtable discussions about senior executives and social media etiquette to discuss such questions as:

Things to Ponder About CEOs and Social Media

Musk has emerged from the Tesla debacle relatively unscathed, but the SEC still made its message clear. Meddling in social media in ways that disrupt the marketplace is fraud. Allegations and charges can come with a pretty high price tag that may include heavy fines, forced resignations and even jail time.

The SEC will likely keep a closer eye on social media accounts for senior executives. The marketplace is at the cusp of replacing Baby Boomers with Gen Xers and Millennials, who are sure to be more familiar with social media channels than their predecessors.

Boards will need to take some action to fulfill their role as overseers. As technology causes a new wave of communication channels, best practices for communication in corporate governance will roll in with it. As boards develop new policies around social media, perhaps they'll do like the up-and-coming generations do and tweet about them.