Leveling the Playing Field: 2020 Sees Major Strides for US Women in Sports, Boardrooms and Beyond 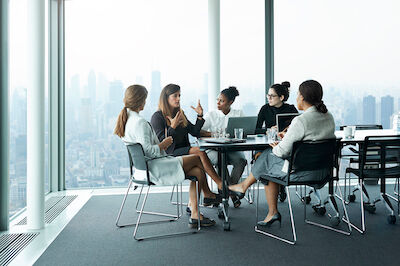 It's not yet Feburary, and already 2020 has been a year of 'firsts' for US women. This weekend, Super Bowl LIV will decide the champion of the NFL's 100th season, and regardless of which team wins, it will go down in history for having the Big Game's first female and openly gay coach. Not to be outdone by football, Major League Baseball has finally hired its first female full-time coach. And these advancements in sport are happening with the backdrop of important legal changes advancing gender equality. With a mad scramble right up to the deadline of midnight, December 31, 2019, California-based public companies were onboarding female directors, and in the coming few weeks we might finally adopt a 28th constitutional amendment outlawing gender discrimination that's been nearly 100 years in the making.

These strides for women in sports, business and governance beg the question ' will 2020 be just another year of 'firsts' for a handful of women, or are we finally at a tipping point when gender equality becomes 'ordinary'?

As Americans gear up to eat nachos and cheer for their favorite team in the Super Bowl, there's another big reason to get excited ' especially for 49ers fans. Katie Sowers joins the San Francisco football team as the first female and openly gay Offensive Assistant Coach in the history of the Super Bowl. Sowers has worked with the 49ers for the last two seasons, after a stint with the Atlanta Falcons. Sowers has already begun to prove herself, as she's been part of the force that led the 49ers to rank fourth in the regular season for total offense, second in rushing and second in scoring.

Just a little further north in San Francisco Bay, Alyssa Nakken has joined the San Francisco Giants coaching staff as the first female full-time coaching assistant in the history of Major League Baseball. No stranger to baseball excellence, Nakken was a three-time all-conference first baseman for Sacramento State. Kathy Strahan, Nakken's former coach at Sacramento State, said, 'I knew early [on] that she would blaze new trails and do something groundbreaking.'

Women Working to Change our Constitution

Lest you think advancements in gender equality are only happening in California this year, we need to give a shout out to the Commonwealth of Virginia. After passing in the US Congress nearly forty years ago, the Equal Rights Amendment (ERA) was ratified last week by the Virginia legislature ' the 38th state (the number of states required to ratify a constitutional amendment). This amendment, which faltered in the early 1980s after only being ratified by 35 states, gained new momentum with the resurgence of feminist activism such as was seen in the Women's Marches of 2017, #MeToo and Times Up! movements.

In response to these protests and renewed interest, the US House of Representatives held the first congressional debate on the ERA in 36 years. With Nevada, Illinois and now Virginia ratifying the amendment in the past two years, it's now up to Congress to determine whether the ratification will be accepted and the amendment will become law.

While it is as yet unclear how the ERA will impact gender diversity in boardrooms, in executive leadership, and in pay equity, the new law will certainly provide a basis for future legal action addressing gender discrimination issues. What might these legal challenges look like? A good clue is to consider how the original passage of the amendment by congress in 1972 allowed then general counsel for the ACLU, now Supreme Court Justice, Ruth Bader Ginsburg, to argue cases that led to landmark legal changes.

With the great emphasis on diversity in boardrooms across the globe, women have begun to shift the balance of board seats once held exclusively by men. Across the globe, one-third of S&P 500 boards now have three or more female directors. The ratio of corporations with at least three women on their boards rose from 19% in 2015 to 29% in 2018. Also, women gained 811 seats on boards between 2018 and 2019, while men lost 358 board seats during the same period. Around 64% of companies increased the size of their boards to accommodate women. All of these moves point toward the growing emphasis on modern governance practices taking root in boardrooms in the US and globally.

Shareholders and institutional investors, too, have taken a stand on gender diversity. As of this year, Institutional Shareholder Services (ISS) will vote 'no' on the re-election of the last Nomination and Governance chairman of an all-male board. And most recently, Goldman Sachs CEO David Solomon announced at the World Economic Forum annual meeting in Davos that the firm would no longer fund the IPOs of companies with all-male boards.

In a notable move at the state level, the State of California passed Senate Bill 826, which is also known as Women on Boards, requiring all California-based public companies to appoint at least one female director on their boards by the end of 2019 (according to some estimates, about two dozen or more still did not have any female directors by December 31).

Women Are Making Strides but There's a Long Way to Walk

While these early results in 2020 are encouraging, there's still a long way to go. Projections are that at the current rate, corporate boardrooms will not have full gender parity until 2034, and the average gender pay gap between men and women won't close until 2059 (or, if you're a Hispanic woman, 2224, and if you're a Black woman, 2130). A study by the Institute for Women's Policy Research found that women earned only half of what men earned over the same fifteen-year period (from 2000-2015).

Despite the long road ahead, the strides women are making are still exciting, and research is mounting that having diversity at leadership levels is good for business. One case in point ' this recent study by Bloomberg shows how hedge funds controlled by women or people of color had double the rate of return over their peer groups. Corporate leaders, sports franchise owners, and elected officials are all taking notice and taking action ' and those are all good things. I can't wait to see what's next!