How Do Corporate Governance Structures in Canada Differ From Those in the United States? 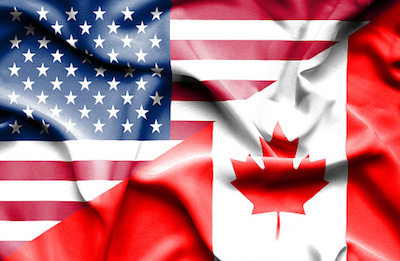 Corporate governance is the relationship between shareholders, board directors and managers in determining the direction and performance of the corporation. Governance defines the powers and duties of the various parties and establishes the rules for how corporations govern themselves. Ultimately, corporations are accountable to their investors and good corporate governance helps to protect them.

The United States and Canada are close neighbors. Geographical proximity makes it easy for corporations to have equity stakes in both countries. This gives them the option of establishing their headquarters in either country. Deciding which country to establish their headquarters in is a significant decision because of the differences in each country's approach to corporate governance.

Corporate Governance in the United States

The United States follows a rules-based governance structure that is oriented toward mandatory compliance with legislation and stock exchange requirements. The rules generated from the federal government and the major securities exchanges such as the New York Stock Exchange (NYSE) and the National Association of Securities Dealers Automated Quotations (NASDAQ).

The system in the United States places a greater emphasis on regulatory enforcement than on voluntary compliance. Thus, it places the onus on the legislators and regulators to judge the adequacy of governance practices.

The one exception to the rules-based governance is that the law requires corporations to disclose the name of the audit committee member who is considered an expert in their annual report or explain why they don't have one. In this aspect, the rule follows a principles-based structure.

The collapse of Enron and other financial institutions in the early 2000s prompted federal legislative changes. The Sarbanes-Oxley Act was signed into law by President George W. Bush in 2002. The goal of SOX was to eliminate accounting fraud and managerial wrongdoings to restore confidence in the U.S. financial markets. All corporations in the U.S. must abide by SOX regulations.

In turn, the major securities firms listed on the NASDAQ and the NYSE also changed the rules for the corporations that list with them.

Likewise, NASDAQ requires corporations to select director nominees either from a nominating committee with all independent board directors or from a board with a majority of independent directors.

The one exception is with regard to audit committees, where the law mandates the rules for compliance.

Globally, it's considered good corporate governance for board directors to limit how many boards on which they can serve. Canadian corporations have directors who sit on more boards than directors in the United States, which appears to be a reflection of their principles-based system.

The passage of SOX motivated the Canadian government to review their own standards of governance and to make some long overdue changes. Their efforts resulted in new guidelines and governance requirements for companies listed on the Toronto Stock Exchange (TSX). New laws passed in 2004 include the National Instrument 58-101, Disclosure of Corporate Governance Practices, National Policy 58-201 ' Corporate Governance Guidelines, and Multilateral Instrument 52-110 ' Audit Committees.

Canadian Courts Form the Checks and Balances for Corporations

The Canada Business Corporations Act issues rules for corporations in Canada. Corporate board directors are responsible for knowing the laws and their responsibilities under the law. While Canadian law allows corporations much flexibility in governing themselves, board directors may be held liable for their actions and inactions. Board directors who have certain areas of professional expertise may be held to a higher standard relative to their board service.

As with all board members, Canadian board members must always place the interests of the corporation ahead of their own interests, as required by the Duty of Care. Canadian courts are explicitly clear on their expectations for board directors. Despite the looseness of formal mandates and requirements, Canadian judges hold board directors accountable in court when necessary. Canadian courts provide the checks and balances that are necessary to ensure sound ethics and accountability.