Is the Corporate World Moving Towards Parastatals and Hybrid Governance? 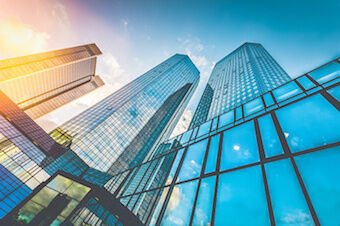 The volatility of the global marketplace in recent years has caused corporations to seek out new and creative ways of doing business to increase profitability. In some cases, businesses are analyzing early forms of government and melding the best of past business models with the best of current business models. Looking at new approaches to corporate governance has led to the rise of modern-day parastatals and hybrid governance.

If we break the word apart, we can see that the prefix 'para' means beside. 'Statal' means state. So, parastatal means 'beside the state.'

Parastatals are a joining of private- and public-sector agencies into one organization. The joint expertise of both parties often ma beside the state
kes these hybrid models of governance successful. At the present time, these models aren't as transparent as public corporations are. One thing that's certain is that parastatals are on the rise in the corporate world.

We can find an early example of hybrid governance dating back to the early 1900s in Europe. During that time, Great Britain brought the East India Company under its direct supervision and control and absorbed all of its colonies and wealth.

Another example was during and after the Great Depression, when some companies kept employees in excess of their production needs as a form of social employment insurance.

In the 1980s, the United States led a movement to reduce state involvement in business and increase the practice of the free market. Washington, D.C., set forth a set of economic policy recommendations for developing countries (particularly Latin America) that have been labeled neoliberal. The Washington Consensus speaks to the degree of consensus between the International Monetary Fund, the World Bank and the U.S. Department of the Treasury on operating the free market and the reduction of state government as a critical component of business development.

More and more entities are seeing the benefits of forming some kind of hybrid governance, especially companies in emerging markets. It's possible that parastatals and hybrid governance could be the new normal.

China stands as a prime example of a hybrid between 20th-century Communist practices and 21-century capitalism. China, with its large number of state-owned companies and banks, has one of the world's largest economies.

In the United States, we find hybrid governance in corporations like Fannie Mae, Freddie Mac and the Overseas Private Investment Corporation (OPIC).

Across the globe, we can find a few more examples of hybrid governance, including:

Modern-day parastatals sometimes take the form of a basic fusion between public and private entities. Other times, there is a stronger precept toward co-governance. Hybrid governance can take the form of a government-sponsored entity that employs management staff from various stakeholder populations. Some countries publicly finance corporations, so they can compete in the international marketplace. In other places, governments charter corporations and private investments back them.

These attempts at hybrid governance have improved efficiency, but questions and concerns remain about the transparency and accountability of such blended corporations. Perhaps time and experience or research studies will determine the governance models with the most successful outcomes.

Evolution Toward Parastatals and Hybrid Governance

While many countries have been dabbling in hybrid forms of governance in a variety of industries, the most notable examples of parastatals are the petro industries in the Middle East and the capitalist government in China.

Parastatals have found various ways to expand their investments and gain access to the international capital markets. Some corporations float shares on the stock exchanges. Others have contracted with auditing firms or established independent boards of directors. Some countries restrict the level of subsidies they allow from the government, so they still qualify as public companies. Improving recruiting standards, scoping the world for top talent and creating attractive managerial incentives is yet another method for corporations of gaining entrance to the international capital markets.

Considerations for the Future of Parastatals and Hybrid Governance

Where will the notion of parastatals go from here? Governments may be looking to establish companies that can build and mobilize struggling societies. This approach calls into question how to do this without crowding out private companies or leading to overly powerful bureaucrats.

These concerns, along with how to develop hybrid models with increased transparency, need further study and exploration. However, the absence of other viable alternatives makes them worth the effort to analyze.

Parastatals are sure to attract top global talent. Governments are apt to recruit from a national pool of contenders to meet the goal of becoming a leading corporation, which could increase the popularity of the model as an effective form of governance even further.

It's hard to escape the idea that parastatals are becoming a viable way to modernize governance and manage globalization. Parastatals aren't yet a staple in the international marketplace, but that could soon change, since they are spreading faster than any other form of governance.

Ultimately, the best model for corporations will best serve the purposes of the government, the corporation, the marketplace and the societies they serve. Performance will be the best indicator of how we'll define hybrid governance in the future. Parastatals have proven their worth by their reputation for getting things done.