The Changes in Corporate Governance in Canada 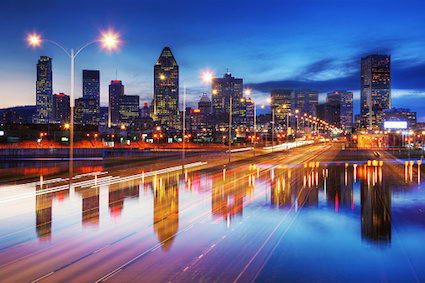 Have you witnessed significant changes in governance operations since you began your career as a corporate secretary or other governance professional? Your answer may depend in part on how long you've been in the career.

In 2019, attention to disclosure, transparency and best practices is the norm. Some of these enhanced practices, regardless of where a board is based, are attributable to U.S. legislation. However, it wasn't solely U.S. boards that paid attention when the U.S. Congress passed legislation in 2002 to protect investors after the failures of Enron and the financial institutions involved in the collapse.

When the Sarbanes-Oxley (SOX) Act of 2002 mandated significant reforms to U.S. business practices, Canadian and other boards also took notice. 'SOX' became part of the vernacular for governance professionals in multiple countries. It didn't matter whether you supported a corporate, public or other board; Sarbanes-Oxley served as a wakeup call for improved corporate responsibility ' which meant improved governance practices.

It's not only the Sarbanes-Oxley Act, though, that has influenced 21st-century corporate governance in Canada. Canada's own federal and provincial legislation, as well as securities and stock market regulations, have enacted changes to governance practices.

In Canada, duty of care has long been a core governance principle. Directors are expected to 'exercise the care, diligence and skill that a reasonably prudent individual would exercise in comparable circumstances.' It's also a given in Canada that directors shall understand and fulfill their fiduciary duties. This implies loyalty and setting aside one's personal interests in order to safeguard and act in the best interests of the corporation.

There are provincial, territorial and federal laws to guide corporate governance in Canada. Each province and territory has legislation in the form of a Companies Act or Business Corporation Act. Canadian corporations and their boards must also adhere to legislation in the form of the Canada Business Corporations Act (CBCA). It's the CBCA that defines duty of care for Canadian corporations' directors and officers. Corporate board directors are expected to know the law and their responsibilities as detailed in the legislation, and they can be held accountable for both their actions and inactions.

The CBCA came into effect in 1975 and represented the outcome of a task force formed roughly eight years earlier. The Proposal for a New Business Corporations Law for Canada, published in 1971, noted that corporation law had not changed appreciably in a century ' and that the Canada Corporations Act had not been comprehensively amended since 1934.

Since its passage and then the receipt of royal assent in 1975, the CBCA has constituted the governance framework for Canadian corporations. As of 2014, more than a quarter of a million companies were incorporated under the CBCA, with more than 700 of those 235,000 companies publicly held. The former Industry Canada (now Innovation, Science and Economic Development Canada, or ISED) noted that CBCA corporations comprise approximately half the country's largest publicly traded corporations.

In May 2014, Industry Canada closed a call for consultation on the CBCA. In issuing the call, it noted that the World Bank's 2013 rankings had placed Canada fourth out of 185 economies for protecting investors. Nonetheless, a number of Canadian corporations had already adopted some corporate governance principles that emerged in the early 2000s. The Toronto Stock Exchange (TSX) already requires a separate vote for each individual director candidate, as opposed to voting for slates of candidates. The TSX also already requires that elections be conducted annually rather than for terms of up to three years. Amendments to Canadian federal legislation were inevitable.

How C-25 Has Shifted Corporate Governance

The federal government passed amendments to the CBCA in April 2018 and royal assent was secured the following month. While it may well be 2020 before supporting regulations are finalized and all amendments are in force (and as late as 2021 before compliance is required), Bill C-25 signifies alignment with Canadian stock exchange rules and securities legislation. Bill C-25 will see director election practices that are consistent with TSX requirements, and it will drive changes to practice at the TSX Venture Exchange (TSXV). There, slate voting and staggered elections have been permissible subject to shareholders' agreement.

The CBCA will also require majority voting in uncontested director elections. We'll bid farewell to the days of 'withhold' as a voting option in director elections, as there will be a requirement that people vote 'for' or 'against' a nominee. In order for a nominee to secure a director role, they must secure a majority of votes for election.

Except in special circumstances ' for example, when the appointment is necessary to ensure that the board has the requisite quantity of either resident Canadian directors or independent directors ' a board will be unable to appoint an unsuccessful nominee before its next shareholders' annual general meeting. The Canadian Senate added a grace period for incumbent directors who fail to secure reelection under the new majority voting rules; such directors will be able to continue to act as directors for the corporation for 90 days.

Amendments also stipulate a broader range of circumstances under which corporations may share information electronically with their shareholders. Online (notice-and-access) provision of shareholders' meeting materials has been permissible by the Canadian Securities Administrators (CSA) since 2013. While the CSA has given corporations the option of sending information circulars and other proxy-related materials online rather than by email, that has not been readily done by some CBCA corporations because of the CBCA's technical provisions.

As compliance with Bill C-25 becomes a fact of life, certain CBCA distributing corporations will be required to provide shareholders with information regarding their board- and senior management-level diversity policies. We anticipate annual disclosures of diversity policies and statistics on representation by designated groups at the executive officer and board levels. The 'designated groups' identifier is drawn from Canada's Employment Equity Act and extends beyond identifying women to also include Aboriginal peoples, persons with disabilities, and members of visible minorities.

The proposed regulations reflect the 'comply or explain' model that's consistent with some provincial securities laws. If, for example, an affected corporation doesn't pass a diversity policy or establish targets for such representation, it will be expected to disclose the reason it didn't do so.

Other changes in corporate governance are the result of a newly legalized industry. The CSA is the umbrella organization of securities regulators in each of Canada's 10 provinces and three territories. It has published disclosure expectations for issuers who, as the CSA put it, 'currently have, or are in the process of developing, marijuana-related activities in the U.S. where such activity has been authorized within a state regulatory framework (U.S. Marijuana Issuers).'

Governance practices have also evolved for public boards and others that are not governed by the CBCA. The Government of Canada provides an introductory guide7 to the roles and responsibilities of directors of Crown Corporations. Governance professionals and directors associated with public sector boards have the benefit of provincial guidelines, and there are a number of sector- and province-specific guidelines. The Province of British Columbia's 2005 publication, Best Practice Guidelines: BC Governance and Disclosure Guidelines for Governing Boards of Public Sector Organizations, is a good example of elevated expectations associated with changes in governance.

Whatever the nature of the board, governance professionals and directors act in the best interests of their respective institutions and their stakeholders when they invest time and care in understanding changes to corporate governance practices, and in meeting today's expectations of good governance.