What Is Corporate Governance and Is My Organization Doing It Right? 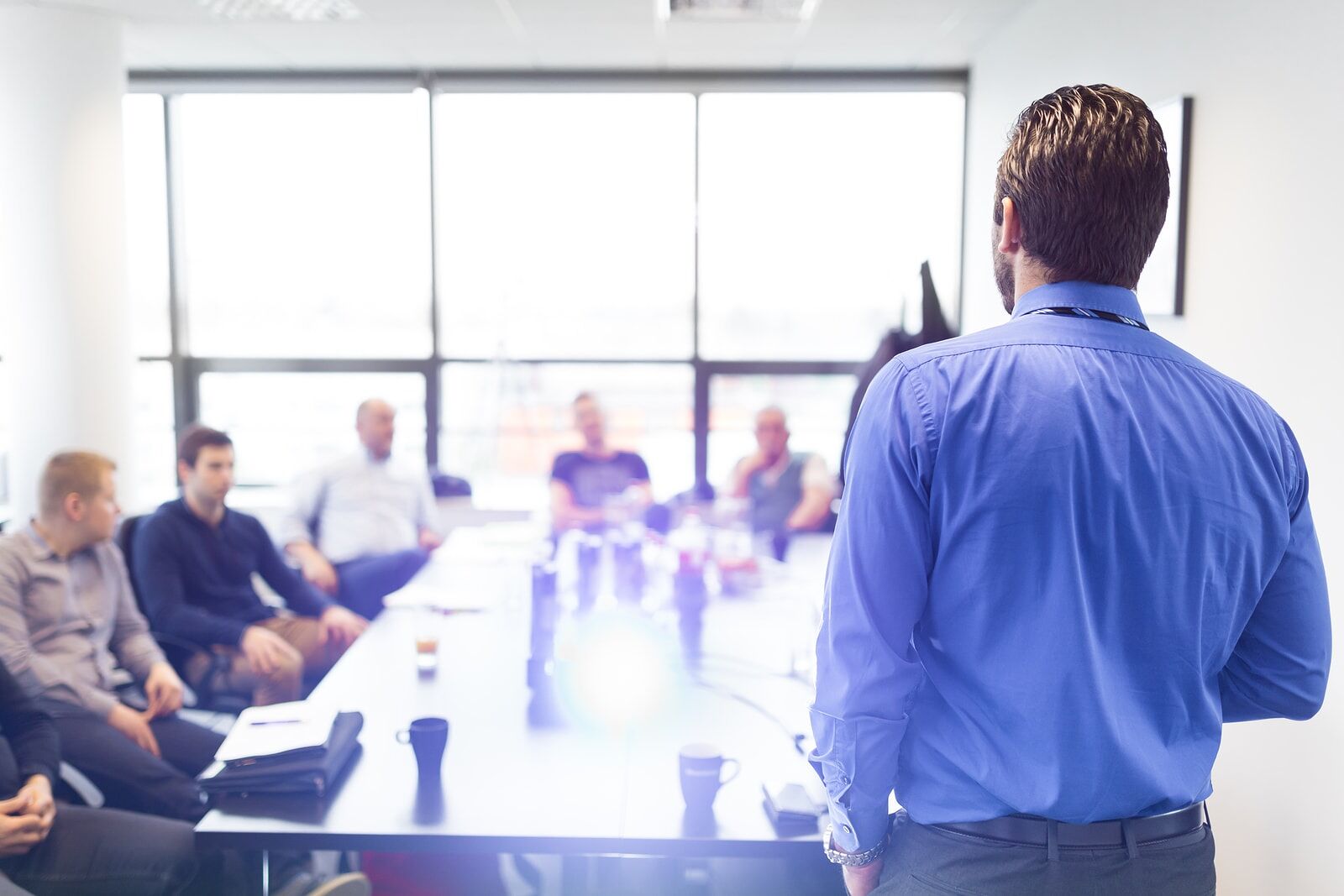 Adopting a consistent approach to decision-making and letting proven business principles shape their actions has helped Buffett and Cuban meet their ambitious goals.

Corporate governance empowers companies of all kinds to do the same.

What Is Corporate Governance?

In essence, corporate governance is a rule book that allows organizations to ensure that they're serving the needs of their shareholders, stakeholders, management team and customers effectively and responsibly, while also meeting the company's short- and long-term goals. In the words of ICSA: The Governance Institute, a UK-based professional body for governance, "corporate governance refers to the way in which companies are governed and to what purpose."

While corporate governance strategies and policies can differ from one company to the next based on their structure and objectives, it's generally associated with a group of overarching principles. PricewaterhouseCoopers (PwC) describes these as:

This list only scratches the surface of what's involved in corporate governance, which also extends to increasingly urgent issues like cyber security, ensuring diversity on the board, and facilitating more efficient and secure board activities and communications. In general, the place to begin with corporate governance is to appreciate that it is about more than just enforcing a series of laws in the name of compliance. Corporate governance is a state of mind, in which those who hold the power commit to doing all they can for the good of the company.

Leading on the Board Level

The board of directors plays a crucial role in assessing, implementing and demonstrating corporate governance. Because board members have a direct influence on company decision-making and also answer to the shareholders who elected them, all board directors must ensure that they're doing everything they can to abide by corporate governance rules.

Deloitte, which created its own Governance Framework through its Center for Board Effectiveness, describes the board's level of involvement. For major aspects of its framework, like performance, strategy, talent and integrity, Deloitte wrote, "It is not generally considered sufficient for the board to merely understand and monitor the company's operating models in these areas. There are a number of specific duties and decisions related to each of these governance elements that cannot be delegated to the management of the company."

These duties include advising the management team about "the development of strategic priorities and plans," setting "the ethical tenor for the company" and taking a thoughtful approach to recruiting, assessing and compensating the CEO. Whether a company is private, public or a nonprofit, its board of directors must go beyond duties and obligations like setting dividend policies and overseeing the management of the company's resources, to apply the aforementioned corporate governance principles to all aspects of the organization.

The Good, Bad and Ugly: Why Governance Matters

Just how important is it to adopt and implement a strong corporate governance strategy? The potentially devastating effect of poor corporate governance was revealed in 2015, when the automaker Volkswagen was caught using "defeat device" emissions software that allowed diesel vehicles to pass Environmental Protection Agency emission tests although they were not necessarily compliant during normal operating mode.

Ian McVeigh, head of governance at Jupiter Asset Management, wrote in The Telegraph that company warning signs can make it difficult to assign both responsibility and accountability ' issues such as large family holdings in a company, along with the risk of having separate management and supervisory boards. "For the unfortunate investor holding Volkswagen shares, the lesson to be learnt is proving a painful one: namely that a company's corporate governance can often prove instructive on whether future trouble lies ahead," McVeigh said.

More recently, University of Chicago Law School professor M. Todd Henderson addressed the need for improved corporate governance at U.S. manufacturing companies in an article for HuffPost. He cited as an example manufacturing company Alcoa, whose CEO divided the aluminum business into two publicly traded companies last year. While Alcoa has since chosen to apply proven corporate strategy policies, the spin-off company, called Arconic, has not done so.

Hedge fund and activist investor Elliott Management, Arconic's largest shareholder, recently sent a letter to shareholders that took Arconic to task for eroding shareholder value, and proposed candidates to replace current board members, in large part due to what Elliott described as a failing governance structure.

The letter outlined examples of good corporate governance displayed by Alcoa, including the company's decision to establish separate positions for the CEO and board chairman, as well as to declassify the board. At the same time, the details appeared to underscore Arconic's current shortcomings.

"There is no reason that Arconic cannot adopt all of these same modernizations to bring its corporate-governance standards into line with globally-recognized best practices," the letter stressed.

Arconic "could take a number of additional steps to improve corporate governance ''' such as establishing the rights of shareholders to call special meetings, or raising the share-retention requirements of the CEO ''' and thereby appropriately signal to the market a new era of shareholder responsiveness," according to the letter.

The story of Alcoa and Arconic can be viewed as a cautionary tale. Good or bad, corporate governance impacts business. The difference is that when governance goes wrong, things can get very ugly.

As Henderson wrote in his HuffPost piece, there's an easy fix for poor corporate governance. "All it requires is that board members faithfully represent shareholder interests."

Future-Proofing to Gain a Competitive Edge

Companies are increasingly looking to future-proof their businesses as they become more aware of the risks involved in choosing not to practice good corporate governance. That means understanding not just how corporate governance has played out so far, but where it is going.

Harvard Law School professor Guhan Subramanian proposed that companies rethink the way they approach corporate governance in a piece for the Harvard Business Review. Referring to this concept as "Corporate Governance 2.0," he suggested that businesses should embrace the following three principles to improve the quality of corporate governance and minimize issue-by-issue arguments on the board:

"Over the long term," Subramanian wrote, "a Corporate Governance 2.0 perspective would transform corporate governance from a never-ending conflict between boards and shareholders to a source of competitive advantage in the marketplace." Subramanian's point of view may be catching on. More businesses are demonstrating that they value the ability of corporate governance to positively transform the way they function and are perceived by their shareholders and the general public. And experts are actively doing their part to recruit more corporate governance devotees. Recently, the British government's Business, Energy and Industrial Strategy (BEIS) Committee released a report in which it advised UK-based businesses to review their corporate governance policies. In an article for the Financial Times, co-authors Clare Chapman and Will Hutton emphasized the extent to which the BEIS's recommendations, and good governance in general, can give companies an edge. "In essence, companies' maxim of 'knowing your customer' needs to be broadened to 'knowing your stakeholder,'" Chapman and Hutton wrote. "Delivering purpose ' and securing the benefits that come from it ' requires a mindset change, as well as reform of the business ecosystem."

But simply recognizing corporate governance as inherent to business success isn't enough. Moving forward, companies and the board of directors must remain vigilant about what's expected of them and identify evolving shareholder and customer demands, expectations and needs.

To prepare for the future, international accounting network Grant Thornton suggested that boards:

"Those with responsibility for driving today's companies ''' boards and shareholders alike ''' need to be focused not just on this week or month, but on the future too," the company explained.

Looking for ways to capitalize on industry and market trends while still adhering to tried-and-true corporate governance practices puts directors and the parties they represent in a position to pull ahead.