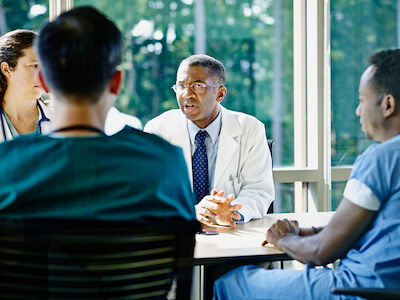 The topic of healthcare has made headlines for the last couple of decades. In recent months, healthcare continues to make headlines, but for reasons that are very different from those of the past. The coronavirus outbreak serves as a prime example of how a disease epidemic can affect local and global financial markets in viable ways. As the outbreak continues to spread, it's having a major impact in China and in other parts of the world. It's also having an impact on the financial markets. For the present, the hope is that the effect on business closures and the stock market will be temporary as healthcare providers attempt to control the spread of the illness.

The coronavirus hit fast and hard, causing scientists and healthcare providers to ask a host of questions. What caused the coronavirus and how quickly is it spreading? Which businesses in China will be affected, by how much and for how long? How will the spread of the virus affect communities in other countries? Can they successfully control it and keep it from spreading? How will it affect China's economy and that of other countries?

What Is the Coronavirus and Where Did It Come From?

Scientists are certain that the coronavirus originated from some kind of animal, but they aren't sure if it began with bats, snakes or something else. They believe that the virus jumped from animals to humans recently, and that it is spreading rapidly.

To date, the virus has infected about 6,000 people and health experts are concerned about it turning into a pandemic. A pandemic is defined as an ongoing disease or health condition that becomes an epidemic on two or more continents, with potentially painful effects on health, travel and global commerce. The coronavirus has already reportedly caused over 1,000 deaths in China, which is more than the number of deaths caused by the SARS outbreak in 2003. New studies show that the coronavirus is a close cousin of SARS. According to the World Health Organization, the disease has already spread to 15 other countries.

Most of the initial cases occurred in people who worked at or visited the Huanan seafood market in Wuhan, China, where a variety of wild animals were sold. The Chinese Center for Disease Control and Prevention said that the most likely source of the virus is bats, but since no bats were sold at the seafood market in Wuhan, it's possible that another animal acted as a host.

On February 2, the Trump administration gave travelers a 5 p.m. cutoff to enter the United States from China. Travelers who leave after the deadline could be sent to military bases, where they'll be quarantined for up to 14 days. Military bases are preparing to house about 1,000 evacuees. There are currently 11 confirmed cases of coronavirus in the United States.

Coronavirus and the Potential Impact on China's Financial Outlook

Top Communist Party officials met to discuss the societal and economic impact of the outbreak in China. President Xi Jinping has demanded urgency, saying that those who resist orders could be punished. The officials are doing their best to assure citizens that they have enough food and medical supplies. At the same time, they admit that this will be 'a major test of China's system.'

Stock prices have dropped sharply in China since the outbreak. Global oil producers are bracing themselves for an increase in demand.

In other industries, Starbucks closed more than half of its Chinese locations with the expectation that the closures would be temporary. Starbucks's stocks fell less than 1% in extended trading. So far, quarterly earnings have surpassed analysts' expectations. Investors are proceeding cautiously and warn that the outbreak could have a heavy impact on the 2020 outlook.

The overall financial impact for Starbucks could depend on how long stores remain closed, according to Starbucks's CFO, Patrick Grismer. Grismer also stated that the company is working with local authorities to manage the situation and to protect its partners and customers.

Global health authorities are still working out how to best contain the deadly virus, making it difficult for companies like Starbucks to predict how long it will affect their businesses. According to financial analysts, earnings per share are expected to drop by three cents. Starbucks is taking a conservative approach to their predictions. Under their current forecast, they expect fiscal 2020 revenue to rise between 6% and 8%. They also predict that global same-store sales growth will range between 3% and 4%. However, Starbucks excluded the impact of coronavirus from their forecasts. Company spokespersons said they will update their guidance for fiscal 2020 when they can reasonably estimate the impact of the virus. The company expects the outbreak to have a material impact on their second-quarter results. This event comes on the heels of Starbucks having a strong first quarter after enjoying one of the best holiday seasons ever.

China accounted for 10% of Starbucks's revenue during the first quarter of 2020. The Starbucks locations that remain open report having a slowdown. The first quarter for the Starbucks locations that remain open was strong with a 3% increase. That was a bit surprising if we consider that a rising competitor within the industry, Luckin Coffee, which has been running a close second to Starbucks, recently passed them as the largest coffee chain in China. Despite the concerns over the outbreak, Starbucks is planning to open 2,000 new locations around the world in fiscal 2020.

Starbucks's commitment to environmental and social governance (ESG) may help the company bounce back. Chief Operating Officer Roz Brewer said that Starbucks plans to introduce a meatless patty sandwich in the U.S. and Canada later this year. A week ago, Starbucks shared its long-term goal of becoming 'resource positive,' meaning that it would emit less carbon than it stores, reduce waste and use less water than it provides. Adding more plant-based menu options is part of their plan to reach their goal.

The coronavirus has also affected other types of industries in the United States. Notably, it has put the travel industry in a state of chaos. Travel restrictions will also affect Chinese students who are enrolled in universities in the U.S. and U.S. students who are enrolled in study abroad programs in China. In addition, the travel restrictions may affect several cities in the U.S. that are home to large numbers of Chinese citizens.

China has criticized the Trump administration for moving too quickly to enact travel restrictions and it's already having an impact on the stock market. Hedge funds are shorting their positions related to airlines that have a high volume of flights to China, including British Airways, Lufthansa, Air France and KLM Royal Dutch, whose share prices have dropped 13% recently. Royal Caribbean cruise company cancelled some trips to China. The company anticipates the virus could cause their stock to drop by $0.20 per share.

Universities in the U.S. have seen enrollment by Chinese students quadruple over the last decade. However, the number has recently reached a plateau and it could begin to drop because of travel restrictions, which means colleges and universities with large populations of Chinese students will need to adjust their budgets accordingly.

Three metropolitan areas are home to large numbers of Chinese Americans, including the greater New York area, the San Jose/San Francisco/Oakland combined area and the greater Los Angeles area. If the United States should have a more serious outbreak in one of these areas, it could easily cripple an entire city.

Lessons from the Ebola Scare''

The Ebola scare occurred six years ago, but it left a lasting impression on healthcare professionals in the United States. The Ebola scare began when a 45-year-old man from Liberia flew to Texas and eventually died from the illness. It's still unknown whether the man knew he had the illness when he boarded the flight.

While the Ebola outbreak never reached epidemic or outbreak levels, the healthcare industry remains divided on how to prepare for such an outbreak and what level of resources they should be expending when facing such an issue in the future. Many healthcare professionals felt that some healthcare providers strongly over-reacted to the Ebola scare and they expended more fiscal and human resources than were needed to address the situation.

One thing that we can learn from the Ebola, SARS and coronavirus outbreaks is that the healthcare industry needs to be more inquisitive about their patients' travel histories when there is news of a new outbreak. According to Robert Emery, a professor of occupational health with the University of Texas Health Science Center in Houston, the best lesson health providers can learn from these outbreaks is the importance of establishing a travel history with their patients because it could possibly indicate the need for a higher level of care in some situations.

An outbreak of an illness can happen anywhere in the world with little notice before it spreads to other areas. It's challenging to draw the line on how it could impact travel, the stock market and society while preventing the spread of the illness. The coronavirus and past outbreaks have shed new light on the importance of healthcare providers learning more about their patients' travel histories.

On a positive note, major companies across the world are encouraging, if not mandating, their workers to take preventative steps, such as not traveling or working at home, to help prevent the spread of the illness. Others are donating funds, medicines and supplies to help treat the outbreak.