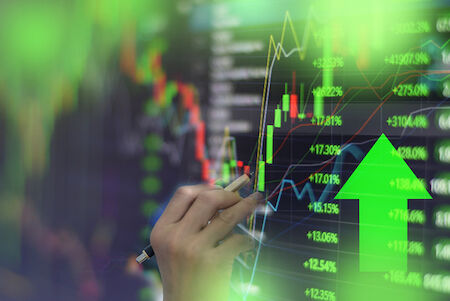 What Are Stock Buybacks?

When a company buys its own outstanding shares to reduce the number of shares that are available on the open market, it's called a stock buyback. Several things can trigger a company to buy back some of its own shares. A company may attempt to drive up the price of the remaining shares by reducing the number of available shares. Another strategy is to buy back enough shares to prevent another company from securing a controlling stake in the company.

Stock buybacks present an opportunity for companies to invest in themselves. By decreasing the number of outstanding shares, it proportionally increases the number of shares owned by the investors. Companies that feel their shares have little value may decide to offer a buyback to provide their investors with a greater return on their investment. Buybacks also increase the proportion of earnings that's been given to shares, which will increase the stock price if it maintains the same price-to-earnings ratio.

Are Stock Buybacks Good or Bad for the Economy?

The answer to the question about whether buybacks are good or bad for the company seems to depend on whom you ask. The Tax Cuts and Jobs Act of 2017 successfully bolstered corporate profits in 2018 when it substantially increased buybacks. S&P companies did a combined $806 billion in buybacks, which was around $200 billion higher than the previous record, which was set in 2007.

It's important to note that when companies offer buybacks, they're simultaneously letting go of some of their liquidity, which could be beneficial if they realize a drop in sales and profits, or if the economy takes an unexpected downturn.

The Global Financial Stability Report by the International Monetary Fund warns that debt-funded payouts pose risks that can make the quality of a company's credit considerably weaker. When made as open-market repurchases, stock buybacks don't provide a mechanism to contribute to a company's productive capabilities or to allow for new offerings.

The results are lower employee salaries, lack of job stability and lax productivity. If a company believes that it can yield product revenues and increase profits eventually, it may make sense for it to use its retained earnings, along with debt, to finance investments. However, it's a risk, and taking on debt to finance buybacks is considered bad management because it doesn't set up a way for the company to pay off the debt. While buybacks have become an accepted norm in the marketplace, some experts still feel that it presents a conflict of interest to sell shares and then buy them back. Buybacks also set up a situation that allows executives to sell their own shares and net a profit when buying them back.

Walmart and the Pros and Cons of Buybacks and Dividends

Walmart is one of the few modern-day retailers that's been able to successfully give Amazon a run for its money. Walmart is a strong national retail giant and it currently leads the US in grocery sales.

Although Walmart has realized great success in its own right, its investing strategies have worked both for and against the company. In 2019, Walmart spent $11.8 billion on dividends to its shareholders. The company also bought back shares of stock from its shareholders. Share prices have increased from a nickel a share in 1974 to $2 per share currently. Walmart paid out over $6 billion in dividends alone in 2019. This is the kind of response that has allowed Walmart to earn credibility and trust from its shareholders. At the same time, it has trained its investors to expect opportunities for dividends and buybacks.

Many financial experts believe that companies like Walmart could put their funds to better use by reinvesting in the company in ways that would put them in a better position to compete with major competitors like Amazon, such as establishing new business lines. Walmart has struggled to find the balance between giving back to investors and re-investing in new initiatives. Walmart has acquired some smaller companies like Jet.com, as well as Amazon's biggest rival in India, Flipkart.

Amazon generated $13 billion more than Walmart in cash from its core business operations last year, but it paid far less than Walmart on dividends. In fact, Amazon has never paid dividends to its investors. The online retail giant has established certain types of ties and expectations that give it a distinct advantage over Walmart.

From the beginning, Amazon established a baseline whereby its investors placed their value in the company in revenue growth and in adding lines to the new business. This strategy effectively places Amazon on a different playing field than other retailers. Not having the expectation by shareholders to return shares or funds to them has allowed Amazon the freedom to invest in such products and services as Alexa and Amazon Web Services.

Amazon manages to keep its investors happy and on board by assuring them that as the company grows, it will continue to bring in new markets. By investing in new markets, the company sets a cycle in motion that will enhance profitability, attract more investors and increase stock prices. The cycle has produced stock prices that have increased up to 5'? times within the last five years.

What Is the Current Status of Buybacks?

Financial experts were mildly disappointed to find that buybacks got off to a slower start in January 2020 than in past years. January brought in $13.7 billion in repurchases, which is the lowest number since 2013, even though repurchases rose 1.2% overall. The sluggishness is a bit concerning because it comes on the heels of a 30% drop from the previous year. Some financial experts worry that the slow start is a cause for concern moving into 2020, but they don't really expect the sluggishness to last.