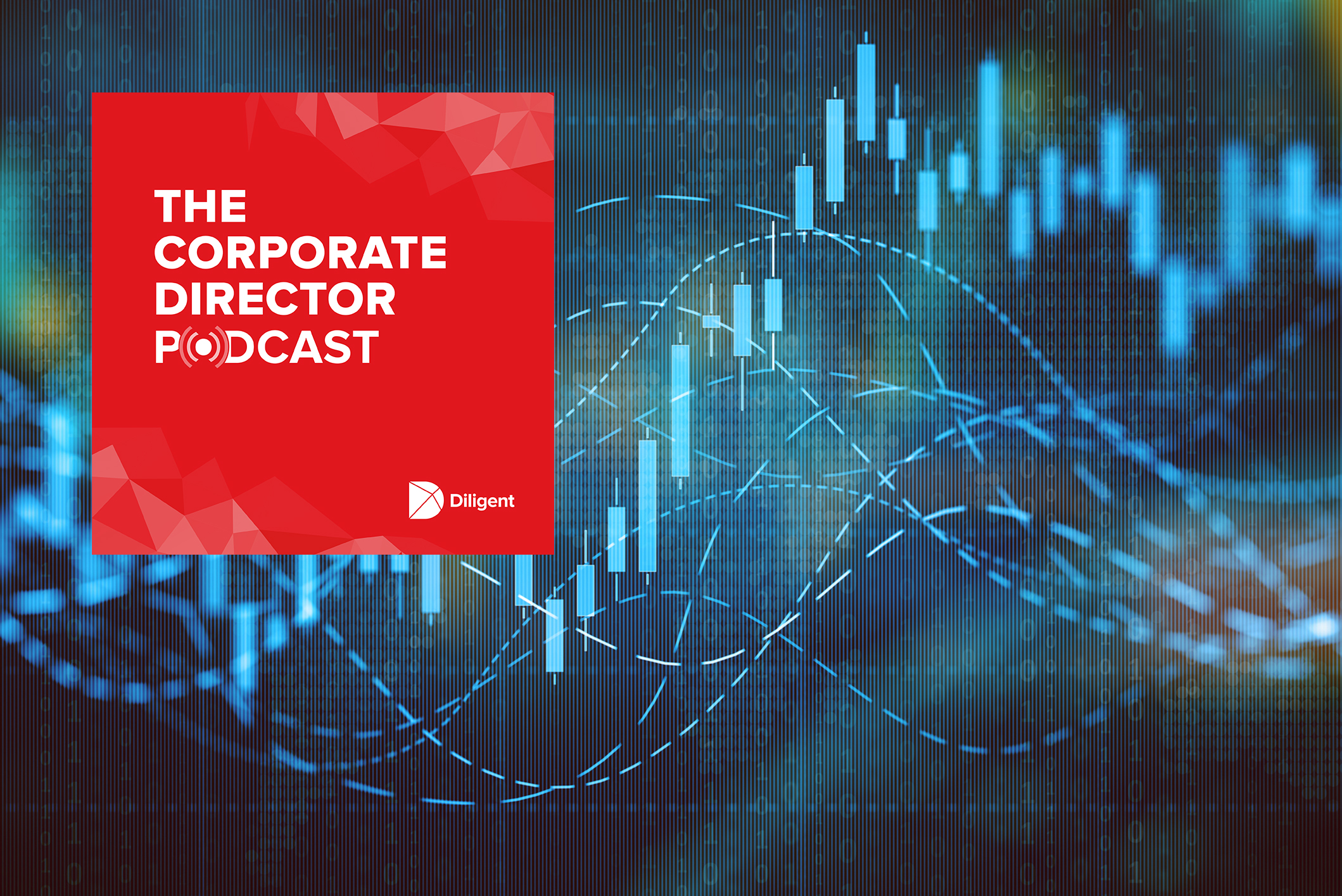 View Report[/caption] On this episode, Leah Malone joins the show to discuss PwC's 2019 Annual Corporate Directors Survey. The study surveys over 700 US board directors, making it one of the largest public directors' surveys in the country. Three-fourths of the directors surveyed are from companies with at least $1 billion in revenue. Leah Malone is the Director at PwC's Governance Insight Center, and author of the study.

In the United States, boards often pride themselves on their collegiality. Typically, members don't openly criticize each other or fight for status, and they work together as a cohesive unit. However, this very collegiality could be stifling board effectiveness, said Malone. In this episode, she discusses three relevant takeaways from the PwC survey: So, the question becomes: How can boardrooms effectively wield collegiality so they keep the benefits it creates, yet overcome the potential weaknesses that follow? Improving board refreshment processes could be one remedy. Forty-nine percent of directors surveyed believe a member of their board should be replaced.

Turnover is historically difficult for boards. When directors leave, it's usually because they've reached the retirement age set for their board; very few are asked to leave, and very few boards have term limits. Most directors point the finger at ineffective board leadership, said Malone. Directors think that board leaders should be doing more to encourage board refreshment.

In short, boards are increasingly aware of the significance of board diversity, yet, they seem to be suffering from issue fatigue. Consider these numbers: These statistics seemingly suggest that diversity is a major topic on directors' minds. However, another survey finding tells a different story. For the first time ever, when boards were asked about the importance of various types of board diversity, fewer directors than the previous year responded 'Yes, these issues are important.'

Malone's theory is that boards believe in the efficacy of board diversity; however, directors are ready to change the conversation. Overall, almost two-thirds (63%) of directors say that shareholders are devoting too much attention to diversity.

"So, boards are saying, 'We agree diversity is important. We've heard you, we're working on it, let's move on.'" - Leah Malone, Director, PwC's Governance Insight Center

It's also worth noting that sentiment is not consistent across gender lines. While 75% of male respondents believe boards are focusing too much on diversity, only 25% of female respondents said the same.

Recently, a letter from the Business Roundtable, signed by over 200 chief executives, said that companies should advance not only the interests of shareholders, but they should take a broader stakeholder-centric approach, considering shareholders, employees, customers, and others. When directors were asked if they agree with that statement in PwC's survey, the results were mixed: Just over half agreed they should prioritize the broader group of stakeholders, rather than just shareholders. Interestingly, though, over 80% of directors hold that social purpose and profitability can both happen simultaneously.

'So, we see a tension between where directors are on the issue and where investors are.' - Leah Malone, Director at PwC's Governance Insight Center

Listen to Episode 13 on Apple Podcasts
In the above summary, we barely scratch the surface. Listen to the full episode with Leah Malone and take a deep dive into the 2019 Annual Corporate Directors Survey results.