The Challenges of Entity Management With a Remote Workforce

As a result of the Covid-19 pandemic, a lot of companies have now shifted to a workforce that operates almost entirely remotely. We asked two Diligent Entities users what challenges that presents for them and the entities they represent,and how they’re tackling them.

Helen Baker is Head of Secretariat at Coca-Cola European Partners (CCEP), a bottler of Coca-Cola and other products in Western Europe. They’re independent of – albeit 19% owned by – the Coca-Cola company.

In this instance, the focus is on the subsidiaries below the listed company – simply because listed companies bring their own host of challenges.

Interestingly for Baker’s team, they took on responsibility for looking after some new entities that had previously been cared for elsewhere within the business earlier this year – an undertaking that began after lockdown started.

Alongside that, Baker’s team still have to tackle the sorts of challenges that they generally face on an ongoing basis anyway.

“Everyone has gone into COVID response mode,” says Baker, “so sometimes with some of the more housekeeping–type record keeping, and keeping things up to date, we’re still having to remind people occasionally about the need to do that.”

CCEP have opened uptheir entity management database to other departments, meaning that colleagues in various areas fromtreasury to finance have access, and they rely on that information. However, even afterall filings and all minutes are completed, sometimes colleagues will forget to update the system in order to let other staff know that the work has been done. It could be just as simple as hitting ‘complete’, Baker notes, but there are occasions when people need to be reminded.

How to get things signed

“I think another big thing which I’m sure a lot of companies have come up against is just trying to work out how we get things signed,” says Baker.

Although there are a lot of jurisdictions, like the UK, where electronic signatures are largely acceptable, there are occasions when only an ink-based signature will do – which can be tricky when most staff do not have printers at home.

“I was trying to get SH03 forms stamped earlier in the year by HMRC,” Baker remembers, “and they used to be very strict about not accepting electronic signatures – even though there is nothing legally that should prevent that.”

Baker is not fond of what she sees as simply a sticking plaster approach: “I think they need to use this as the incentive to build momentum and get towards a more permanent solution.”

Deciding what does and doesn’t get done

As a result of responding to the increased pressures and changes brought about by the COVID-19pandemic, Baker and her team have found themselves busier than ever: “There’s only so many hours in a day, so there are hard choices to make about which things do and don’t get done.”

Andy Casey oversees the Corporate Secretarial team at Konexo, which has been developed by Eversheds Sutherland. They’re an alternative legal services provider.

Challenging the future of work

“I’ve been pleasantly surprised by the way in which a number of organizations have mobilized very quickly,” says Casey. Although he’s experienced a lot of change – and has had to learn an array of new approaches – some of the meetings he has attended virtually have been highly effective.

“I think boards, committees and executive committees are running really well [during the pandemic],” Casey notes,“and I think this will challenge the future of work going forward.”Organizations in a post-COVID world are likely to be set up quite differently as a result.

“Helentouched on a couple of the practical items above,” says Casey – getting documents signed, for example. He continues: “I think there are complexities around applying usage of software like DocuSign globally, particularly in relation to things like licensing and compatibility of eSignatures.” That may go some way to explaining why it’s taken some groups more time to get a handle on the process than others.

Invariably those organizations with an emphasis on technology have been front and center.Big banks and regulatory groups have mobilizedquite quickly. Casey goes on to note that there are other factors too:“If I’m honest, it depends on the jurisdiction you’re operating in and the nature of the document. It does feel as though that side of our world has been left behind a little, but I do think this will expedite that, because there is a demand now and you need to operate in that way.”

Getting used to operating as an entirely remote workforce

Fining and registering has had some challenges attached to it as well. The vast majority of the registries and chambers of commerce have been closed in recent times – something that has presented its fair share of practical challenges. Alongside that, says Casey, “I think just getting used to operating entirely as a remote workforce has been challenging. The interaction you might have had with C-suite is invariably that bit more difficult.”

“As Helen said, wet ink signatures are more difficult. At Konexo, we just had to add in some additional time on certain types of transactional activity where that can’t be avoided.I think regular communication and scheduling around those types of deal activity are really important.”

Sharing updates with staff on the ground is also important, notes Casey. “We’ve got a big footprint and we’re using our experts to understand what the local rules and regulations are, because they are slightly nuanced in different jurisdictions. They are challenging at the best of times, let alone in a global pandemic world.”

Overall, Casey concludes, “I have been pleasantly surprised by the way in which groups have tackled some of the challenges.”

Join us again next week for Helen and Andy’s predictions on whatentity management will look like in three years’ time and the challenges they foresee.

In the meantime, find out more about how Diligent Entities can help to simplify entity governance throughout the entire organization, improving compliance and mitigating risk, here. 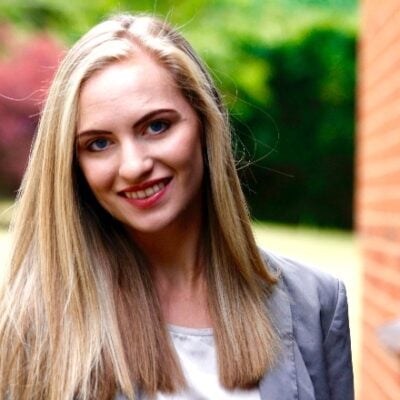