What JPMorgan Chase's ESG Shift Signals For US Boards 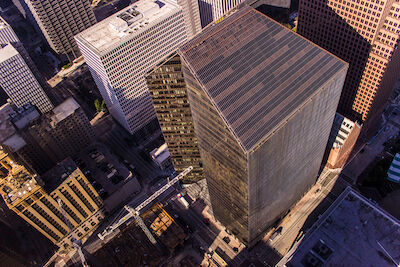 The general public and investors have become more knowledgeable and interested in climate control and other environmental and social governance (ESG) issues. The increased focus on ESG is starting to have an impact on the marketplace for large and small companies. Investors and the public are monitoring companies' responses to the push for green initiatives.

One of the most notable examples is JPMorgan Chase, which is one of the biggest lenders to fossil fuel projects. In response to ESG activism, JPMorgan made a big decision to curb loans to coal firms. In another initiative, JPMorgan stopped its financing for oil and gas developments in the Arctic. While many people found the move admirable, it did little to appease activists. JPMorgan is still willing to provide loans for oil and gas projects in the lower 48 states and in other parts of the world.

Climate activists initially started their campaigns with the White House and the Senate. After not getting the response that they desired, climate activists turned to banks, insurance firms and other companies in the private sector in an effort to subdue investors that ignored their cause.

It wasn't long before they directed their attention toward big fish like JPMorgan. Climate activists took note that JPMorgan provided $196 billion in financing for coal, oil, natural gas and pipeline projects between 2016 and 2018 following the Paris Climate Agreement. The Agreement was part of the United Nations Framework Convention on Climate Change, where all but a few countries agreed to keep the increase in the global average temperature to well below 2'?C.

JPMorgan was the top lender of oil and gas drilling in the Arctic and of tar sands extraction in Canada during a period of three years. Lee R. Raymond, former CEO of Exxon Mobil Corporation, sits on the board of JPMorgan Chase, which is another thorn in the side of climate change activists. Raymond has earned a reputation for dismissing concerns about climate change.

Climate activists haven't been shy about staging protests at JPMorgan's bank branches recently due to the bank's major role in underwriting the oil, gas and coal companies. Climate change expert Bill McKibben was arrested for protesting around a JPMorgan Chase ATM location. He rallies his troops with the slogan, "Stop the Money Pipeline."

College students have also been participating in the activism. A group at the University of California at San Diego, led by student Monica Nelson, staged a protest to exert pressure on the campus board to select a different lender than JPMorgan Chase for its next five-year lease. Students raised banners with the slogan, "Chase them out!"

In response to the outrage over lending to the gas, oil and coal industries, JPMorgan stated that it will complete its commitment from 2017 to offer $200 billion in financing for projects that meet the U.N.'s sustainable development goals, which is five years earlier than they previously stated. The bank also agreed to include $50 billion for green initiatives. In addition, JPMorgan Chase stated that it would join the Climate Leadership Council, which is a group that promotes a carbon "fee" that they would return to American citizens by way of a dividend. This was one idea that they pulled from the many climate proposals being considered in Congress.

JPMorgan Chase also publicly clarified its terms for lending to the coal industry, stating that it will end those loans. Moving forward, JPMorgan will not refinance loans on existing coal plants or offer advice or funds to companies that make most of their revenue from coal. JPMorgan plans to phase out existing loans by 2024.

Jason Disterhoft, a campaigner at the Rainforest Action Network, points out that JPMorgan's policy includes a loophole that allows them to continue doing business with big coal-mining companies that have other major revenue streams.

Gauging the Response of Other Lenders

According to the International Energy Agency, the total energy investment is just now stabilizing after three years of decline. Including renewables, energy efficiency, coal, oil, gas and the power sector, the investment was $1.85 trillion in 2018. The largest investment was mainly due to oil and gas supply and electricity networks in the United States, as well as an increase in investments for fossil fuel supplies.

Wells Fargo, Citibank and Bank of America have also lent funds to similar projects. Pavel Molchanov, a senior energy analyst at the investment firm Raymond James, notes that oil and gas activity in the Arctic is slim, so for banks to cut bank lending there is largely insignificant. Molchanov also makes the point that the first thing companies that want to address climate change can do is to divest from coal and stop lending to coal companies.

What the Shift Toward Climate Change and ESG Means for Boards

Most boards have already taken notice of the focus on climate change and ESG initiatives. The next step is to decide on their company's response to it. Many companies are finding that it's helpful to partner with environmentalist groups or companies to help develop their ESG platforms.

The most recent effort is a call for climate policy leadership by the coalition of environmental nonprofits where they're asking companies to advocate for policies that support net-zero emissions by 2050 and to align their trade association's climate policy with that goal. The group also advocates for spending to advance climate policies and not obstruct them. These are three things that boards can consider right away toward achieving an ESG-friendly future.