The Importance of Having Paperless Meeting Software with Goal-Tracking Capabilities 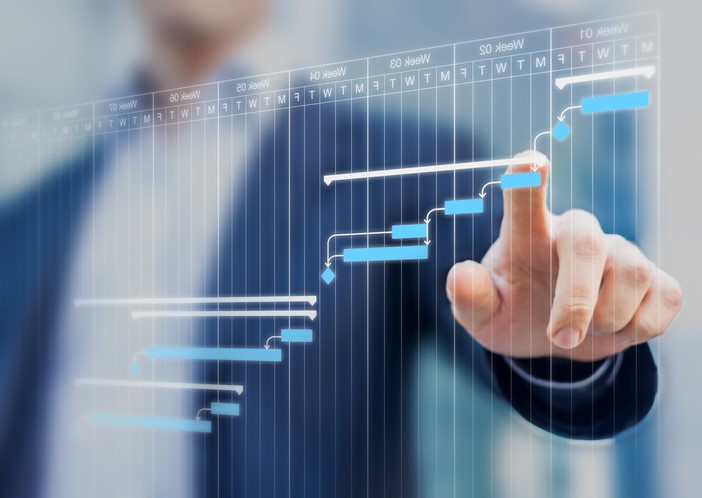 What becomes of the objectives that your board identifies in its annual Strategic Plan? If your board is typical, the weekend retreat remains entirely disconnected from daily operations, and so do the ideas that you generated there. The Strategic Plan sits on a shelf, collecting dust until the next year's retreat. What if everybody in the organization saw a dashboard of progress toward each strategic objective every time they logged on? They could, but you need the right technology. Board management software with goal-tracking capabilities can keep your board on track to reach its goals.

Say your school board identifies three priorities at its annual meeting: 1) promoting student employability; 2) increasing institutional communication with colleges; and 3) doubling the foreign language faculty. Each goal is then broken down into steps that need to be taken to reach the objective. Take the third goal: doubling the foreign language faculty. Achieving it could require:

Each of these eight steps could be counted as equally important, so that completion of each step counts was equal in weight. Completion of any of them could then be thought to contribute 12.5% of the work needed to be done. Board management software would include a screen on which you tell it these steps and their relative weight.

Then, as various staffers manually enter in a new percentage as complete, the software represents that progress graphically on a dashboard that every board member sees every time he logs on to the board portal. When items (a), (b) and (c) have been completed — by a number of staffers who may or may not even communicate with one another about what they're doing — a bar graph on the landing page for board members would show that the district was 37.5% of the way to fulfilling objective 3.

The software can also streamline recordkeeping. On the user interface with the dashboard, there are links to the trail of notes and a list of next steps related to that goal. Keeping records becomes far easier; there's no scrambling at the end of the year to reconstruct what happened when. Each board member can also see exactly which tasks are represented by the 37.5% figure: Candidates have been chosen; interviews are the next step.

The alternative looks primitive in its imprecision: One board member might ask another, "How's it going?" on doubling the foreign language faculty. The second board member might reply, "I hear it's underway." That could mean the first advertisement has been sent to a publication, or it could mean an offer has been made. If the former, the board should push things along to get the hire made within the academic year, but it doesn't because "it's underway" sounds vaguely reassuring.

Of course, everyone using the software must be trained in how to enter information for specified tasks to be recognized as goal-related activities and converted into a numerical representation of overall progress. One Texas school board using goal-tracking software requires its entire staff to attend weekend-long trainings offered over an 18-month period. It's important to choose a software vendor with a solid track record of training support.

Goal-tracking keeps board members focused all year long on whether or not prioritized objectives are being met. The dashboard (with an image like a speedometer, thermometer or bar graph) can be placed as the first thing board members see when they log in, creating a visual reminder of progress toward goals. It then doesn't come as a surprise at the end of a year when it becomes apparent that too little was done about reaching a goal that was allegedly deemed important — at which point, it's too late to change course. In the absence of such a barometer, it is far too easy to lose sight of goals in the sheer volume of board business.

Keeping focused on goals improves outcomes. Monitoring progress on a regular basis has been shown to motivate all those whose work contributes to reaching goals, improving both persistence and morale – especially if the goals are both ambitious and specific. In over 400 studies, such monitoring improved outcomes 91% of the time. (Edwin Locke and Gary Latham, A Theory of Goal Setting and Task Performance. Englewood Cliffs, NJ: Prentice-Hall 1990).

Closely monitoring progress toward goals may even become a requirement for school boards. Fed up with long-term underperforming districts, the Texas Department of Education has implemented legislation mandating close goal-tracking (the Lone-Star Governance Act). It even requires each board meeting agenda to have at least 50% of the items for discussion measurably related to one or more of the goals of the district. State officials can attend board meetings to keep an eye on compliance. Board members must have the goals of the district committed to memory. Other states have been in touch with Texas expressing interest in the legislation.

A goal-tracking feature of board management software helps boards meet their goals. The visual indication of progress that it provides empowers the board members to conduct the executive oversight that is their shared responsibility. Without such a compass, how can a board be expected to steer the ship? Technology puts the board in the driver's seat where they belong.