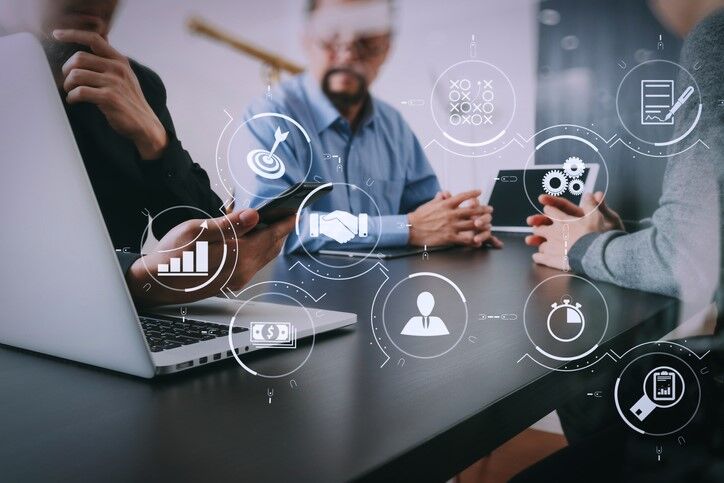 Education leader A.J. Crabill became president of the Kansas City school board in 2011 with a simple premise: Managing board and staff time was the key to reversing the decline in the district. Specifically, he proposed tracking the time spent on reaching student-centered goals outlined in the annual strategic plan. After just four years, the Kansas City attendance and graduation rates increased by 10%, the district got its finances under control, and its schools got the accreditation that they had sought in vain for 20 years. As Crabill demonstrated so dramatically, tracking strategic plan progress works, and any district can implement the practice.

Crabill was right that tracking progress toward goals improves student outcomes. He himself had noticed a correlation between school boards that spent at least half of their time tracking progress toward goals and fast increases in academic performance. Organizational behavior experts find similar correlations at statistically significant levels: A meta-study of 400 studies showed that outcomes improved 91% of the time when organizations monitored specific, measurable goals. (Edwin Locke and Gary Latham, A Theory of Goal Setting & Task Performance. Englewood Cliffs, NJ: Prentice-Hall 1990).

Routine monitoring of progress toward goals allows school boards to fix problems while there's still time to make a difference. Say a summer retreat results in a five-point strategic plan. Now imagine that the board devotes more than enough time toward projects that help them reach Goal #4 and nearly no time on projects that help them reach Goal #5. When it's time for the next summer retreat, the board turns to those goals and sees the cumulative effect of that imbalance month after month: The district is nowhere near reaching Goal #5.

It doesn't have to be that way. Imagine now that the school board had monitored the time spent toward each goal throughout the academic year. Board members could have seen in September or October that Goal #5 was being neglected and shifted time from activities relating to Goal #4 to those targeting Goal #5. Seeing the gap not only lets them reallocate resources as needed, but also motivates the board.

An accurate accounting of time toward goals can even unite political foes. When Crabill took the post as Deputy Commissioner of Governance for the Texas Education Agency, he had underperforming districts implement strict monitoring of progress toward goals outlined in the strategic plan. Underperforming districts and the state board of education had always regarded each other with suspicion; they came together as never before at a weekend training session on tracking goals. Improving time allotments became a shared goal; attendees considered it a game-changer for collaboration.

It's a tall order: consolidating time records from numerous players, assessing their relevance to goals, and presenting a composite progress report. It would take a full-time professional to collect secondhand reports, interpret them and tabulate the results week after week. A goal-tracking capacity on board-portal software does the job continuously and accurately. As a result, every board member sees a dashboard indicating the progress made toward each goal in the strategic plan each time they log on to the board portal.

That dashboard—which may look like a thermometer, a bar graph or a gas gauge—results from converting strategic plan goals into measurable actions and entering time expenditures every week or every day. The computer does the rest. It works like this:
1. The board sets district priorities in the strategic plan at a summer retreat. School boards already do this. The difference is that those priorities do not then disappear as the school year brings operational challenges and state reporting requirements.

2. The board determines the steps needed to reach each goal. Each goal is then broken down into steps that need to be taken to reach the objective. Let's say the board lists four goals in the strategic plan. Each goal is weighted equally in importance, so completing any one such goal would bring the district one quarter of the way to fulfilling the strategic plan. Say one of those four goals is bolstering reading initiatives for first- and second-graders. Reaching that goal would take an investment of time in three activities:
-- buying a set number of early reader books for grade-school libraries;
-- hiring a traveling paraprofessional to facilitate differentiated instruction for readers at different levels; and
-- hosting three evening gatherings with parents of first- and second-graders to encourage reading at home.

With three activities, completing each one constitutes one-third of the overarching goal of bolstering young-reader initiatives. As that overarching goal was one of four, hiring a paraprofessional, say, brings the district one-twelfth (one-third of one-fourth) of the way toward meeting the goals of the strategic plan.

3. Train the board and the staff on time-entry protocols. When the board spends meeting time addressing one of the strategic plan objectives, that constitutes time toward a goal. When a teacher addresses parents at a gathering of first- and second-grader parents, that constitutes time toward a goal. To record it as such, the teacher and the board member need training. Such training typically takes a weekend. The software vendor should, therefore, have a strong record of training support. Board members and teachers learn how to enter their daily calendars into the systems so that each activity is sorted according to goals.

4. Check the results and respond. The computer generates and continuously updates a barometer of progress toward each goal in the strategic plan. That invaluable information does no good if nobody reads it. As the goal-tracking feature comes bundled with the board-portal software, an elegant visual display of progress toward each goal can appear every time a board member accesses the portal. In the example, completing the project of hiring a paraprofessional brings the barometer for overall goal-related progress up one-twelfth, or 8.33%. On the itemized barometer for each of the four goals, the one for bolstering reading initiatives for first- and second-graders rises by one-third (33.33%).

Armed with such knowledge, the board can keep its eye on the ball in August, when the calendar starts filling up with meetings and crises and regulators. The board can open each meeting with a statement of the progress made and ramifications. Some Texas school boards memorize the goals of the strategic plan, reciting them in unison at each meeting and calling on individual members to recall the progress made toward each one. If any of the goals is neglected, the board can plan needed investments of time (unless a low "score" reflects a lumpy calendar, with all the relevant activities scheduled later in the school year).

Monitoring progress made toward the goals of the strategic plan boosts educational outcomes. With the right software and training, any school board can conduct such tracking throughout the academic year.