How Does the SEC Combat Insider Trading? 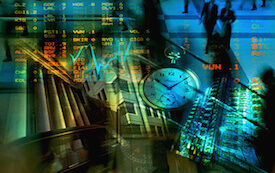 The Securities and Exchange Commission (SEC) doesn't have the best reputation. On one side of the aisle, they are seen as a pencil-pushing agency that only serves to restrict movement on the free market; on the other, there is never hesitation to point to the financial crisis of 2008 as the prime example of how ineffectual the SEC is at their job. However, it has been a decade since the crisis and the SEC is in the news relatively frequently for their prosecution of high-profile cases of insider trading.

Perhaps nothing will top the prosecution of Martha Stewart, but over the past year, they have gotten grief from a variety of cases, ranging from a very public, but straightforward, case of illegal insider trading with now-Seattle Seahawks linebacker Mychal Kendricks, to a complaint filed against Elon Musk for his comments on Twitter about a possible privatization of the stock in his company, Tesla. Embattled as they may be at times, the SEC is still the organization that is tasked with protecting fair markets for the good of the public. So how do they accomplish this?

Since the aforementioned financial crisis, in 2010, the SEC formed a new investigative sub-unit within their Market Abuse Unit, called the Analysis and Detection Center. This signaled a shift in the way that insider trading is investigated. Previously, the agency was heavily reliant on referrals from private business self-regulatory and watchdog agencies such as the Financial Industry Regulatory Authority (FINRA), tips from whistleblowers and cases of insider trading in which the effect of the insider trade in question had an overt effect on the markets as well as on individual stocks.

As a result of the formation of this unit, the SEC has drilled down on this data mining approach to investigating illegal insider trading, launching a project known as the Consolidated Audit Trail (CAT), with the purpose of creating a passive central repository for all securities trading information, as opposed to their previous approach, where the agency simply mined data acquired in previous investigations.

While the CAT has seen multiple delays, it is a gargantuan project created by a bureaucratic government agency, which is to say, this can be expected. Phase One was set to launch on November 15, 2018, with data to be continuously collected from all sizes of securities brokerages and dealers to be instituted by the three-year mark, in November 2021. Essentially, as of last month, we are living in a new era of data availability for the purpose of financial regulation in the United States.

Protection of whistleblowers is a tradition as old as America itself, with the Continental Congress passing a whistleblower protection law in 1778. While we do tend to think of the Edward Snowdens of the world, this form of self-regulation offers substantial protections from reprisals, as well as incentives in certain cases for those who want to report wrongdoing in the financial industry. Another program instituted in 2010 as a response to the 2008 financial collapse, the specific provision was enacted within the Dodd-Frank Act and provides protections to employees who act as whistleblowers to alert consumer financial protection services to cases of fraud by their employer. There are additional provisions within the Sarbanes-Oxley Act of 2002. Section 806 of Sarbanes-Oxley prohibits employers from retaliating against whistleblower employees, and has been used successfully to compensate whistleblowers in several high-profile jury cases, the most lucrative of which awarded $11 million in back pay and damages to a former general counsel of a biotech company who was fired after reporting wrongdoing by the company under the Foreign Corrupt Practices Act. This 2017 award also is the signifier of a new era, in that along with Section 806 of Sarbanes-Oxley and the Consumer Financial Protection Act of Dodd-Frank, whistleblowers, sometimes referred to as 'covered employees,' enjoy more protections in the financial sector than ever before.

Insider trading is going to happen. This is a reality that the financial industry contends with on a regular basis. Not all cases of insider trading are illegal, and not all illegal cases of insider trading are intentional. There is insider information constantly available; the trick is to not act on it or let anyone who might act on it in on the secret. Whistleblowing is a form of self-regulation, but what we are talking about here is in-house self-regulation: the policies and procedures enacted by a firm to ensure that its insiders will neither act on nor traffic in tips that would allow an unfair advantage. Usually, what this means is that in order for insiders to act on information that gives their trades better odds of working out, that information has to be available to the general public as well.

To ensure that insiders don't violate these securities trading laws, many brokerages will have multiple levels of protection, such as restricting trading by officers around the time of earnings reports and projections, implementing policies that mandate that employees ask for clearance when trading securities owned by the firm, and enforcing a policy of transparency whereby employees are compelled to submit documentation of their own trades, which are then cleared by an in-house 'watchdog' accounting office. Last, and perhaps most important, there should be education to make sure that employees know where legal insider trading becomes illegal insider trading. The SEC possesses ever-more-powerful tools to detect these trades, so companies would be wise to self-police moving forward.

If you are looking for a more effective way to track and document the regulatory compliance that your company diligently strives for, you may want to consider finding a high-quality entity management software provider to aid and empower you in doing so. For over 30 years, Blueprint OneWorld has been providing governance solutions to highly successful corporations in over 140 countries. We offer the best that entity management software can give you, with a dedicated team of service professionals who will work with you to tailor the optimal suite of management features that address your regulatory and compliance needs. If this sounds like something that you would be interested in, please give us a call, or email us today to answer any questions you may have or to schedule a demo.