The High Road and the Bottom Line: Scandal, Reputation and Corporate Governance 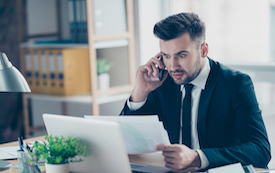 Amidst the fallout from Steve Wynn's departure from his gaming empire Wynn Resorts, companies are beginning to ask tough questions about scandal, corporate reputation and the role of the board of directors in the failure of corporate governance.

Wynn stepped down from his position as CEO and chairman of the board of Wynn Resorts after a report in The Wall Street Journal surfaced in which dozens of people accused the gaming mogul of sexual misconduct.

Wynn has denied all allegations, but claimed that the 'avalanche of negative publicity' stemming from the investigation has made it impossible for him to continue with the company in a leadership role. Although Wynn Resorts' decimated stock price rallied at the news of his departure, the investigations into Wynn's behavior broadened their scope to include the board of directors and its inaction in response to what has been called a 'decades-long pattern of misconduct.' This inaction prompted one group of shareholders, the Norfolk County Retirement System, to sue the board, claiming that it 'breached its fiduciary duty to investors by not investigating the accusations and by continuing to recommend Wynn's leadership to investors.'

While the details of the Wynn case unfold, corporations would be wise to learn from the broader lessons this scandal offers and consider its possible implications in the wider corporate community. Consider these questions:

Where Did Wynn Go Wrong?

In August of last year, a group of 13 prominent business leaders crafted a document called The Commonsense Principles of Corporate Governance, intended to set out a framework for 'sound, long-term-oriented governance'. The group included such heavyweights as Warren Buffett, Jamie Dimon, G.M.'s Mary Barra, Bill McNabb of Vanguard and Mary Erdoes of J.P. Morgan Asset Management. They emphasize important issues for corporations, such as independence, accountability and board diversity. Using this set of principles as a measure, we can more clearly see the missteps the members of Wynn Resorts' board have taken over the years.

One of the big takeaways from the group's set of recommendations is the need for the board to have functional independence. A successful board 'must not be beholden to the CEO or management. A significant majority of the board should be independent under the New York Stock Exchange rules or similar standards.' Elsewhere, the group calls for directors to be 'strong and steadfast, independent of mind, and challenge constructively.'

This sense of independence seemed to be lacking in the members of Wynn's board.

According to reports, the Wynn Resorts' board has consistently been criticized by outside proxy advisors for its poor corporate governance. This stems, in part, from the perceived entanglement between the board and Wynn himself. The Wall Street Journal reports that two 'key board members have had decades-long personal and business dealings with Mr. Wynn.' In addition, 'Boone Wayson,' whom the company named non-executive chairman once Wynn stepped down, the paper reported, 'is a longtime family friend of Mr. Wynn; the two men have worked together since the 1980s.' While it is not uncommon for CEOs to invite business associates to be on their boards of directors, maintaining a balance of influence is crucial. Failure to do so abdicates corporate power and weakens the ability of the board to enact any sorts of corrections in a time of crisis. Boards whose members are too tightly under the influence of the CEO or chairperson run the risk of creating a de facto autocrat within the company.

The Commonsense Principles manifesto calls for diversity in a number of ways. While it avoids explicit language concerning race or gender, it does highlight the importance of 'diverse skill-sets, backgrounds and experiences,' in such a way as to imply that a corporation's boardroom might benefit if it more closely resembled its shareholder or customer base. It goes on to state, 'Diversity along multiple dimensions is critical to a high-functioning board. Director candidates should be drawn from a rigorously diverse pool.' This sense of diversity extends to the board members' expertise and history as a member of the company, claiming, 'It is important to recognize that some of the best ideas, insights and contributions can come from directors whose professional experiences are not directly related to the company's business.' In an abbreviated addendum to their published document, the investor group noted, 'It's also important to balance wisdom and judgment that accompany experience and tenure with the need for fresh thinking and perspectives of new board members.'

Records indicate that at least half of the members of Wynn Resorts' board have held their position for 10 years or longer, a lengthy tenure that many investors question. In addition, Patricia Mulroy, whose ties with Wynn date back to 1990, when she was the Nevada state water manager, is the only woman on the board of directors and one of only two women listed as executives. While establishing a diverse board of directors does not guarantee a company protection from situations like the one currently confronting Wynn Resorts, it is commonly accepted that diverse boards make better decisions and are capable of leading companies more effectively.

The first duty of the board of directors is to communicate with shareholders on a regular basis about the performance of the company and its CEO. If a CEO is found to be underperforming or otherwise detrimental to the company, the board is expected to act promptly to deal with the issue. The board is also expected to manage significant risks, including reputational risks. Finally, the board must have a way to evaluate and enforce standards of performance and conduct, including maintaining and strengthening the corporate culture of the company.

Wynn Resorts' board's failures in these regards are the basis for the shareholder lawsuit. This lawsuit, filed by the Norfolk County Retirement System, claimed a board representative was given evidence of Mr. Wynn's alleged sexual misconduct as part of a lawsuit filed in 2009 by Wynn's former wife, Elaine. This information, the plaintiff claims, should have instigated an investigation into possible wrongdoing and threats to the company's reputation and stock price. Instead, the board continued to recommend Wynn to investors without any investigation into his activities. While no legal structure exists that requires companies to disclose internal issues of sexual harassment, securities law does give shareholders the right to be informed of litigation that could damage their investment.

Certainly, all companies want to avoid the cost in capital, reputation and human suffering brought on by scandal. But while we attempt to emulate the good we see around us, it is worth considering the failures of such titans as Wynn Resorts in hopes of gleaning a better understanding of our own vulnerabilities and weaknesses.
Related Insights