Outside Pressures for US Boards 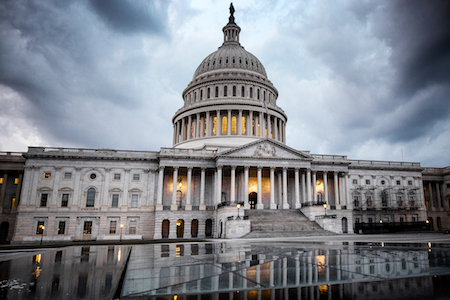 Governance principles and best practices have high degrees of universality, as you've doubtless found in conversation with directors and governance counterparts from other countries. Despite this, a recent study has identified distinctions in the degree to which advocacy groups apply pressure to boards.

In summer 2019, the Diligent Institute partnered with Stanford University's Rock Center for Corporate Governance to undertake some research. The Diligent Institute is the eponymously named global governance research arm of Diligent Corporation. It functions as a think tank, charged with offering a global perspective on the complex governance matters coming at boards and leadership teams.

This collaboration resulted in a survey of almost 200 directors of public and private corporations. The intent of this global study was to gain a better understanding of how companies balance stakeholder and shareholder needs.

The Impact of Stakeholders Can Have

It bears contemplating the Diligent Institute and the Rock Center for Corporate Governance findings in the context of institutional investors, and advocacy that originates within the United States. When it comes to investment management firms, BlackRock is noteworthy. As of the quarter ended September 30, 2019, BlackRock managed just shy of US$7 trillion in assets on behalf of its global investors. Its client list includes public and corporate pension funds as well as individuals; foundations; endowments; healthcare, insurance and financial institutions; official institutions and more.

BlackRock CEO Larry Fink publishes an annual letter to CEOs who lead companies within BlackRock's portfolio. In recent years, his letters have encouraged those CEOs and their companies to consider broad societal interests alongside their business objectives.

In his 2019 letter to CEOs, Fink wrote, 'Society is increasingly looking to companies, both public and private, to address pressing social and economic issues. These issues range from protecting the environment to retirement to gender and racial inequality, among others.' In its directors' survey, Diligent Institute and the Rock Center for Corporate Governance asked if individual respondents agreed with this statement.

While 48% of the US directors surveyed said that they were motivated by these remarks to begin new initiatives, Fink's statements served to motivate a greater percentage, 65%, of the surveyed non-US directors. As was the case with agreement to the statement that society '...is increasingly looking to companies, both public and private, to address pressing social and economic issues,' the most substantial response variations within and beyond the US are found when it comes to the degree to which directors agreed with the statement, and the extent to which directors found the statement motivating. The percentages of directors who reported strong agreement with the statement, and being motivated by it to a great extent, were significantly higher outside the US than inside the United States.

Directors are dealing with additional pressures. Seventy-nine percent of the non-US directors who were surveyed agreed with Fink's statement that companies face pressure to 'maximize short-term returns at the expense of long-term growth.' In the US, 67% of surveyed respondents encountered that same pressure.

There's also the Business Roundtable's Statement on the Purpose of a Corporation, published in August 2019 and signed by 181 CEOs of major US corporations. It reflected a commitment that, 'While each of our individual companies serves its own corporate purpose, we share a fundamental commitment to all of our stakeholders.' The Statement concluded, 'Each of our stakeholders is essential. We commit to deliver value to all of them, for the future success of our companies, our communities and our country.'

US boards have long faced multiple pressures. With concepts and principles espoused in Larry Fink's 2019 Purpose & Profit letter to CEOs and in the 2019 Statement on the Purpose of a Corporation, they may be contemplating how to manage and respond to these additional, domestic pressures.